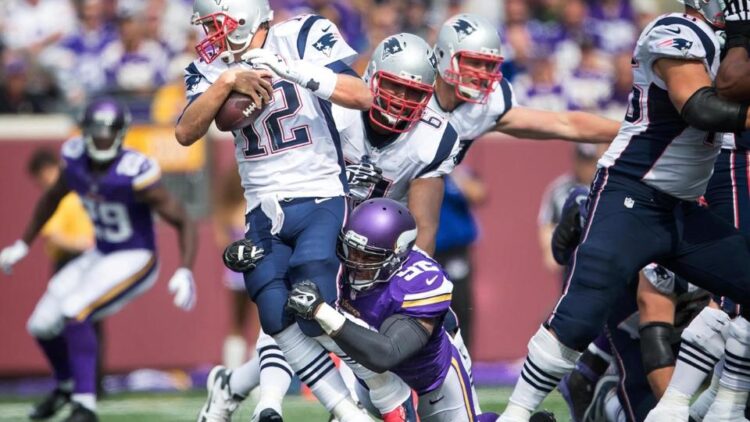 It was just about this time last year when the Vikings met the Eagles in the NFC Championship game where the oddsmakers were dealing the Vikings as 3 ½ point favorites for a game they would play in hostile territory. Despite the fact that both division winners ended the regular season at 13-3, the logic was that Minnesota was more likely to emerge victorious due to the fact that Philadelphia was forced to use their backup quarterback Nick Foles and had just squeaked by the Falcons in the divisional round.

If you read a Bovada review, found over at Sportsbook Review, you can see why many who actually bet that game at Bovada, home of one of the industry’s leading online sportsbooks, got the Vikings at -3 and spared themselves the potential anguish of losing their bet by a half-point. Well, we all know now that the “hook” didn’t matter a whit as the Vikings were trounced 38-7 and never even sniffed a win, let alone a cover, after Case Keenum threw a 25-yard dart to Kyle Rudolph to give Minnesota the only lead they would hold in that blowout loss to the eventual Super Bowl winners.

The Super Bowl is never the same unless your team is playing in it, but we will have to take some solace in knowing that the two entries for this year’s title tilt both defeated the Vikings in their run to championship greatness. Back on September 27th, the Vikes got a taste of Jared and the Juggernauts when Goff launched for 465 yards and five, count’em, five touchdown strikes which made our boy Cousins’ 422 passing yards and three TD’s look like chump change in LA’s 38-31 shootout win. Fast forward to another road clash against a championship caliber club when Minnesota walked into the lion’s den of Gillette Stadium and staggered out with a 24-10 loss on their record.

The Vikings have much work to do in the offseason if they are to make the leap from a playoff bubble team to one that can truly contend for postseason greatness. The debate regarding whether or not Kirk Cousins was worth all that money is a moot point because he will be back under center next season. Despite some of his miscues this season, he did often flash the pedigree of a top-tier signal-caller. Let’s face it, there are dozens of teams that would tender a sizeable package in return for a quarterback who put up nearly 4300 yards passing, 30 touchdown passes, and a 70.1 completion percentage.

Cousins was sacked 40 times this season and many of those sacks were primarily due to an offensive line that failed to protect him. His 10 interceptions had Minnesota tied for eighth-fewest in the league so although we can question some of his ill-fated decisions throughout the year, what we really need to do is address some of the more pressing concerns. How about Minnesota’s 30th ranked rushing attack, averaging a paltry 93.3 yards per game? It’s not as if Dalvin Cook and Latavius Murray are devoid of talent. What any good running back needs is an offensive line to knuckle up and throw down when they have to move the big bodies in front of them out of the way. The Vikings need to make their passing attack less predictable in order to maximize its potential but when you can’t run the rock with any consistency then you turn to the air more often than one would like.

The recent hiring of Gary Kubiak as an assistant head coach/offensive advisor is undoubtedly geared to helping the young interim turned permanent offensive coordinator, Kevin Stefanski, morph this anemic rushing attack into one that will strike fear into the hearts of Minnesota’s opponents. It’s a good move by the Vikings and one that should pay dividends for next season. The line will be up soon enough for Minnesota’s win total as well as their odds to win the NFC and Super Bowl next season. If you want to dabble then make sure you are wagering at one of the most respected online sportsbooks in the industry. Read the Bovada review, found over at the sports bettors’ bible Sportsbook Review, and see why Bovada is the home to recreational as well as professional gamblers.