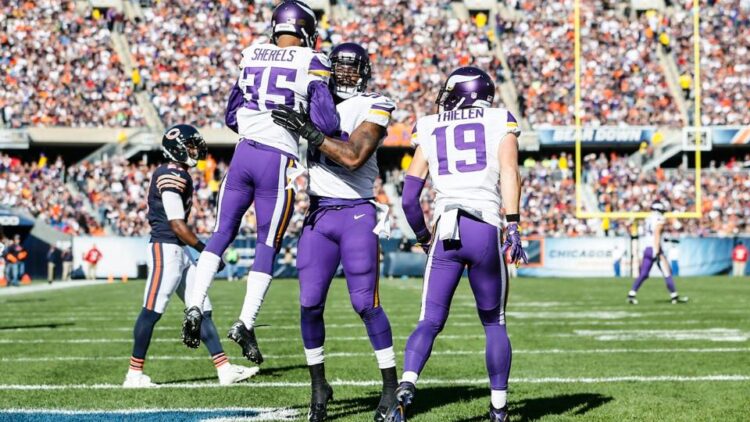 It was announced today via press release and Tweet that the Vikings had waived punt returner and cornerback Marcus Sherels.

The move wasn’t a huge surprise as Sherels was a healthy scratch for Sunday’s game against the Lions, with the Vikings splitting their punt returning duties between another corner in Mike Hughes. It also wasn’t a huge surprise as the Vikings are most likely going to be without wide receiver Adam Thielen on Thursday night and because of that, they’ll most likely be promoting a receiver from the practice squad to increase their receiver depth. If that’s the case, don’t be surprised to see rookie receiver Dillon Mitchell on the sidelines for Thursday Night Football.

It also wouldn’t be surprising if the Vikings make room for Sherels in the coming weeks should there be some injuries in the defensive backfield or should Hughes struggle returning punts. The Vikings have corner Holton Hill returning from his eight-game suspension for next Sunday’s match-up against the Kansas City Chiefs, though he tends to play more on the outside and Sherels is built to be, and has mostly played at, the nickel spot. That might mean that the Vikes aren’t really hurting as much at corner, in terms of depth, as they’ve appeared at times or that they won’t be once Hill returns.

Sherels has been with the Vikings since 2010, where he initially played on the practice squad before being elevated to the role of nickel back (starting three games during the 2011 season, which if you don’t remember, no one would blame you as those were DARK times (I still forget that people somewhere have half-burned Donovan McNabb Vikings jerseys). After sharing punt returning duties with Percy Harvin, Sherels eventually handled all punt returning duties for the Vikings from 2012, where he broke or tied team and league ratings either as a punt returner or a corner (like when he picked off a pass from then Titans quarterback Rusty “I swear I’m not making this name up” Smith for 109-yards).