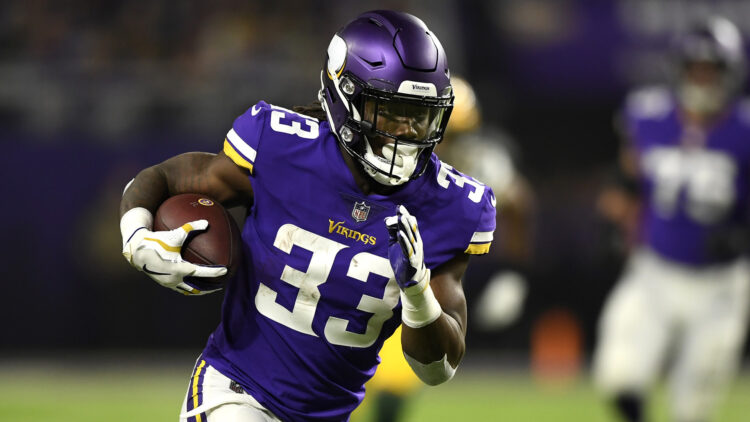 Expectations can be a troublesome thing. Without them, you won’t be disappointed, but then why even get in the game? There are expectations on the Vikings this year, and those expectations rise to a fever pitch in this early season road game against the Chicago Bears at Soldier Field on Sunday. Must win? Whatever. The Vikings need every win they can get. If you want to play with the big boys at the end of the season, it is time to start knocking them off to get there. And that’s Sunday afternoon in the Windy City.

The Vikings got back on the winning track against the Raiders last weekend, and the Bears came out of hibernation in Washington on Monday night. So, these two teams with excellent defenses will prepare for a battle royal. The Bears would like to defend their 2018 NFC North Division title, while the Vikings would like a little revenge for last season’s finale when the Bears knocked them out of the playoffs.

The Bears passing attack woke up in Washington, as quarterback Mitch Trubisky threw three touchdown passes to wide receiver Taylor Gabriel, but Gabriel left the game with a concussion after grabbing six passes on seven targets for 75 yards. If he can’t go on Sunday, it will hamper a passing attack that had been all Allen Robinson (six catches for 60 yards) all the time for the Bears until week three.

The Bears let RB Jordan Howard go in the offseason because they jumped up in the draft (in round three) to grab former Iowa State running back David Montgomery—he became the team’s first pick due to the forfeiture of higher picks for edge rusher Khalil Mack. The surprise pick (to some) has paid off as Montgomery (with a 4.0 rushing average and touchdown this season) has been a nice compliment to Tarik Cohen, the scat back who is more of a receiver out of the backfield.

The 1-2 punch Howard and Cohen had given the Vikings defense some problems in the past, and Montgomery appears to be picking up where Howard left off, but the Vikings rushing defense has improved incrementally this season (moving from allowing 113.4 yards per game in 2018 and ranked 15th to 101.7 yards per game and a rank of 13 thus far this season). It will need to rise to occasion at Soldier Field once again, where, according to former Vikings linebacker Chad Greenway, “strange things happen.”

If the Vikings defense can contain Trubisky in the pocket and frustrate him like the Green Bay Packers defense did on the opening night of the season, the Vikings will have a chance to rise above the ghosts and gremlins of Soldier Field. But that is only if the offense comes to play.

There is an old adage that goes something like, “of those who much is given, much is expected.” That could be said about Vikings quarterback, Kirk Cousins, and we aren’t just talking about his huge contract. Cousins has more weapons than he had in Washington, including two Pro Bowl receivers in Stefon Diggs and Adam Thielen, an established tight end in Kyle Rudolph and an emerging one in rookie Irv Smith, Jr. (three catches for 60 yards last week) and the league leader rusher in running back Dalvin Cook. With a slightly improved offensive line (PFF ranks them at 24th in the league, which is an upgrade, and says this: “We’ve highlighted the struggles of this year’s first-rounder Garrett Bradbury in depth here at PFF already, but what has been swept under the rug a bit has been the outstanding play of last year’s second-rounder Brian O’Neill. He’s only allowed two pressures on the season and has a team-leading 72.6 run-blocking grade, as well.”), Cousins has plenty of tools at his disposal and should be in a position to succeed.

Of course, we all know what happened up in Lambeau (a very bad pass near the end of the game to help seal the Vikings’ loss and derail the comeback) and that much wasn’t expected of him in the opening weekend (10 passes thrown), but Cousins reverted back to a performance that was reminiscent of his play from 2018. He was not all world (his stat line was 15 of 21 for 174 yards and a touchdown pass for a rating of 112.0—plus no picks and no fumbles), but it was his best outing of the season. Additionally, it came against the lowly Raiders, but we will take it. The game this week will revolve around how well Cousins does to build on that against a very tough Bears defense.

The Vikings offensive line, and Bradbury in particular, could get a small break this week, as defensive tackle Akiem Hicks left the game on Monday with a knee injury. On Tuesday, the Chicago Sun-Times reported that the team didn’t think it was serious. But a short week could slow Hicks’ prep for the game. With or without him, the Vikings still have to deal with Mack, so they will likely prepare for both and most assuredly have their hands full during the late afternoon game on Sunday.

The key will be solid play and extreme ball security from Cousins, another decent outing by Cook against the current fifth best rushing defense in the league (just like last week against Oakland, wink, wink) and another stellar performance by the Vikings defense that has been stifling in 11 of 12 quarters of football (we plan continuing to bring up that bad quarter against the Pack, as if it were Cousins’ contract, until we are convinced we won’t see another like it again).

The Vikings defense will have to lead the way on this one by shutting down an offense that has finally begun to hit its stride, and doing so should be enough for Cousins, Cook and Company to beat the Bears and bust some of their ghosts of Soldier Field.