Vikings Announce Gedeon and Kline as Out, Brothers Questionable 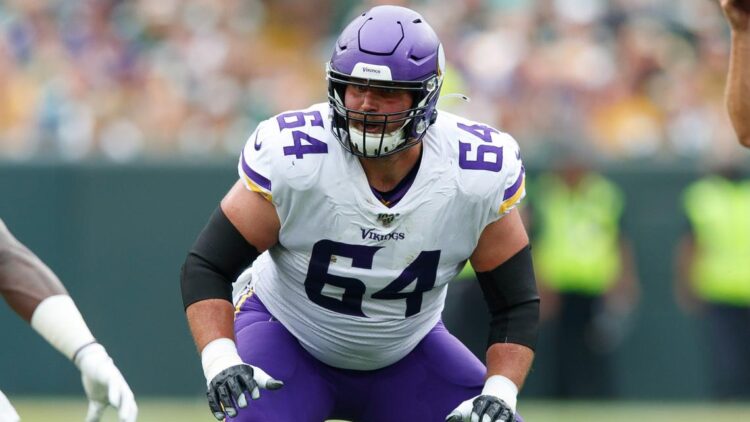 The Minnesota Vikings announced this morning that linebacker Ben Gedeon (concussion) and guard Josh Kline (foot) will be out for their game this Sunday against the Philadelphia Eagles.

OUT: Ben Gedeon and Josh Kline

Gedeon has missed time this season with a groin injury, but played in last week’s game against the New York Giants. The Vikings defense has a capable backup for Gedeon in Eric Wilson who has seen extensive time in the past two years as both Gedeon’s replacement and Anthony Barr’s. The Vikings also listed linebacker Kentrell Brothers as questionable. Brothers, mostly a special teams player, would be the next man up if Anthony Barr or Eric Wilson need a break on Sunday.

Josh Kline, one of the free agents that the Vikings brought in to shore up the offensive line, will miss his first game as a Viking. Kline missed time when Minnesota played Oakland in week three, but has otherwise played all offensive snaps for the team. This means that the Vikings will see a heavy dose of fellow free agent pickup Dakota Dozier. Dozier has seen work in every Vikings game this season and will be making his third start of the season, having replaced Pat Elflien in weeks two and four.

If either Dozier or Elflien were to miss time this week, rookie Dru Samia could make his NFL offensive debut, he played three special teams snaps last week, or the Vikings could turn to capable center/guard Brett Jones. Although, Jones is the main backup to Garrett Bradbury and might be unavailable to play guard.

Other notable names who have missed or been limited in practice this week, but have no announcements of game status yet, include Adam Thielen, Linval Joseph, Garrett Bradbury, and Mackensie Alexander. Thielen was listed as having an illness so he should be ready to roll Sunday. Joseph’s absence on Wednesday was not injury related and he was a full participant on Thursday. Bradbury was listed with a shoulder injury and was limited Thursday. Alexander may see the field again this week after missing last week with a nagging elbow/groin issue.