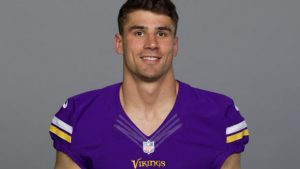 The Minnesota Vikings announced Monday morning that wide receiver Brandon Zylstra has been removed from the physically unable to perform list. Zylstra, a native of Spicer, MN, returned to full practice with the team after dealing with a hamstring injury.

Zylstra’s return comes at a critical time as he is in the midst of a battle for a roster spot behind Adam Thielen and Stefon Diggs. Although Zylstra hung around the team all of last season, he was used mainly on special teams and only recorded one catch for 23 yards. Any reps lost for Zylstra in the first few days of training camp can now be made up for.

Zylstra is trying to blaze a path to a bigger role on his hometown team following a solid collegiate career at Concordia College in Moorhead, MN, and a two-year stint in the Canadian Football League.