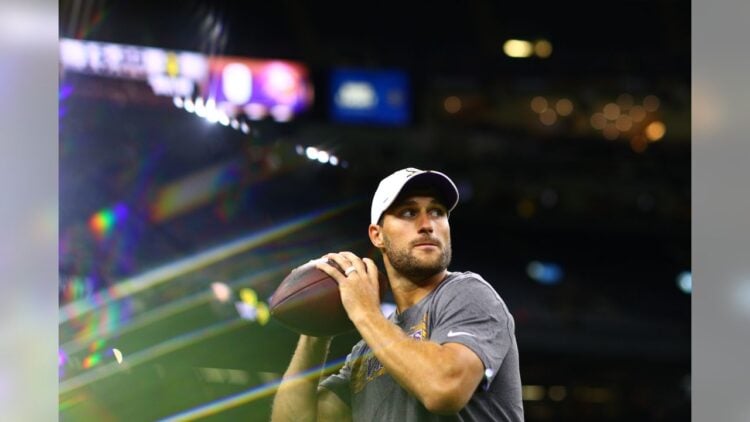 The Minnesota Vikings traveled to New Orleans for the first preseason game of the 2019 campaign. For a preseason game, the contest was rather exciting. Apart from 21 accepted penalties there was a lot of scoring, multiple turnovers, and plenty of players battling for jobs.

The first-team offense had exactly the start they envisioned. Quarterback Kirk Cousins led the team on an 8-play, 76-yard drive that included a 34-yard strike to wide receiver Adam Thielen. The drive ended with a 1-yard touchdown pass from Cousin to rookie running back Alexander Mattison. Cousins was “perfect” on his one and only drive of the day on Friday, going 4-of-4 for 65 yards and a touchdown, not to mention a 158.3 passer rating.

Backup quarterback Sean Mannion came in for the Vikings’ second series and went three-and-out. Behind an offensive line of Storm Norton, Dakota Dozier, Brett Jones, Danny Isidora and Rashod Hill, Mannion later rebounded and finished his Vikings’ debut 7-of-13 for 102 yards and 1 touchdown. He connected on an 18-yard TD pass to rookie wide receiver Bisi Johnson in the second quarter.

Kyle Sloter continued to live up to his reputation as Master of the Preseason. He went 6-of-7 for 62 yards and threw a 2-yard touchdown pass to fullback Khari Blasingame. Despite inconsistencies in practice, he brings an energy to the offense that simply can’t be ignored when it comes to determining the QB2. Rookie quarterback Jake Browning played very little. He went 2-of-3 for 18 yards.

In the battle for the third wide receiver, nobody really stood out. Chad Beebe didn’t receive a target and Jordan Taylor, who didn’t come into the game until very late, had one catch for five yards. Tight end Tyler Conklin led the team in receiving with 56 yards on two catches. Blasingame and tight end Irv Smith Jr. each had three catches.

With both starting defensive tackles listed as OUT for Friday’s game, Jalyn Holmes and Jaleel Johnson were named starters. Holmes and fellow three-tech competitor Hercules Mata’afa each recorded a sack on Saints quarterback Teddy Bridgewater.

Cornerback Kris Boyd was a surprise scratch before the game, leaving Duke Thomas, Craig James, Bené Benwikere and Nate Meadors to get majority of the snaps in his absence.

Meadors, who has been incredibly quiet in camp so far, had a big day Friday. In the third quarter he had a 30-yard pick-6 off a tipped ball (credited to Holmes) and on the next drive he made a nice tackle in run support, shedding a block to make the tackle behind the line of scrimmage.

For the Saints, quarterback Drew Brees was held out. Starting in his place, Bridgewater played well. He went 14-of-19 for 134 yards and a touchdown.