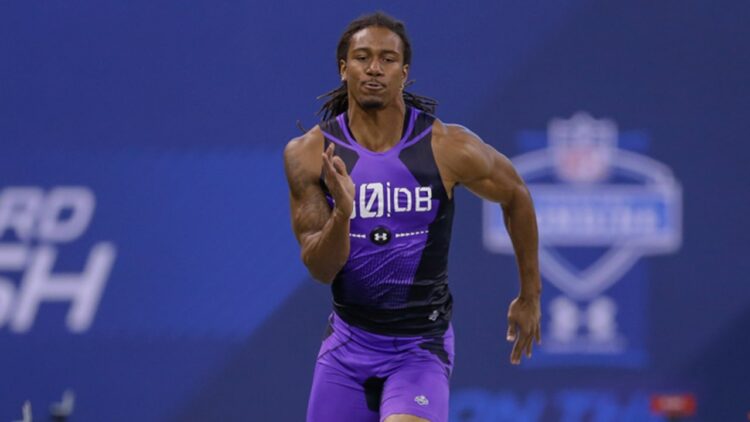 The 2019 NFL Scouting Combine gets under way next week at Lucas Oil Stadium in Indianapolis. The annual event, which provides teams with an opportunity to meet draft-eligible prospects, officially begins on Tuesday, February 26th and runs through Monday, March 4th.

During the week-long convention, teams are able to assess all 338 participants through meetings, medical examinations, cognitive ability assessments (aka, the Wonderlic test) and agility drills. A few of the physical evaluations include the 40-yard dash, vertical leap, broad jump, three-cone drill and bench press.

The televised portion of the combine, also referred to as the “Underwear Olympics,” runs from Friday, March 1st through Monday, March 4th. For the first time, a portion of the event will be shown on broadcast TV. Starting at noon (CST), a two-hour special featuring QB and WR drills will be broadcast on ABC on Saturday. The NFL Network and NFL.com will provide live coverage of the entire on-field portion of the event. The full four-day workout schedule is as follows:

Here’s the complete event schedule, via the Combine’s official website.

Beginning on Wednesday, February 27th select NFL head coaches and general managers will be available to speak to the media. Vikings general manager Rick Spielman and head coach Mike Zimmer will likely give their NFL Combine press conferences on Wednesday or Thursday. We’ll provide an update once the dates and times of the pressers are released.

#Vikings general manager Rick Spielman will speak with the media at 10:30am CST on Wednesday, Feb. 27 while Mike Zimmer will have his turn on Thursday at 10:15am CST at the NFL Combine in Indianapolis

A complete list of the participants who will be attending the NFL Scouting Combine is provided in this positional breakdown on NFL.com.

For the Vikings, current positions of need include OL, DT, TE and WR (among others). Clearly things can change following free agency, but for now here are five top prospects to monitor at each of these positions:

Who are some of your favorite prospects that you’ll be watching closely next week?