Top 3 Views from purplePTSD.com [This Week] 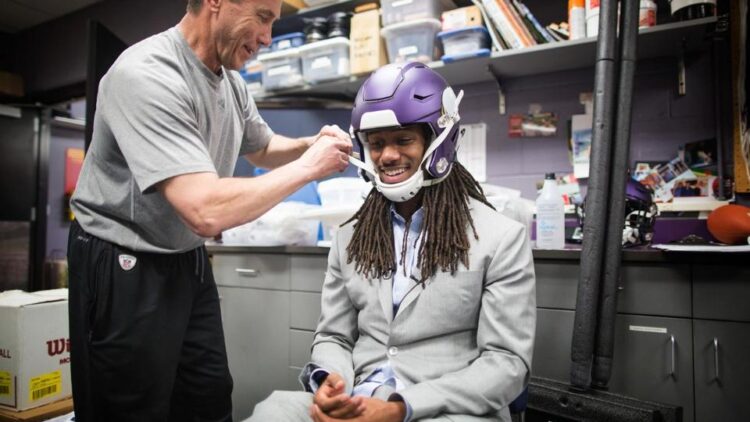 For those that don’t know, my name is Joe Johnson and I’m the owner of the entire VikingsTerritory.com/purplePTSD.com/purpleTERRITORYradio.com network!

I started purplePTSD.com back in May of 2015 and after years of growth we ended up as one of the largest independent Minnesota Vikings networks in the game. One of our largest competitors was, you guessed it, VikingsTerritory.com and after about a year of working for and with VikingsJournal.com I attempted to purchase that site as the fellas behind it (and TwinsDaily.com) were looking to either sell the brand or move on from it. That didn’t end up working out and so I took the money I had for that sale and ended up buying VikingsTerritory.com from its former owners that I’d grown to work with (by selling ads for them).

That sale happened before the 2017 season and we’ve now become the largest independent Minnesota Vikings network!

Despite that, not a lot of our readers here know that we’re the same company as purplePTSD.com/VikingsTerritory.com and so we’ll be posting the articles from that site here every once in a while as the purplePTSD team is mostly separate from the VikingsTerritory team and as PTSD has more writers (our new writers start there) it only makes sense to share the best of PTSD with the VT audience!

So let’s get into it!

1. The 2019 Vikings path to success & reasons for optimism

So why am I optimistic about the 2019 Vikings?  I lay out their path to success and reasons for my optimism below. 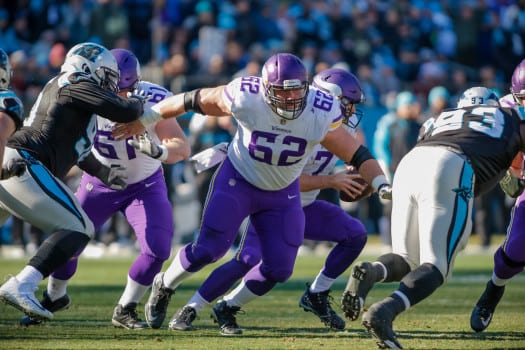 The Vikings enjoyed relatively good health on their O-line for most of the regular season.  It wasn’t until the 2nd to last game of the regular season that starting LG Nick Easton was lost for the rest of the season & playoffs.  It was at this point that the Vikigns first moved Mike Remmers to Guard.  Pat Elflein would also get injured in the NFC Championship game but for most of the regular season this unit was good enough to propel a 10th ranked running game and help the team reach the NFC Championship game.  They also had Pat Shurmur as OC who believed in a balanced offense with plenty of rushing attempts and use of play action passing & screens to keep defenses honest and off balance.  O-line coach Tony Sporano was on staff all season.

2. What should the Vikings do at the Cornerback position after the 2019 season?

Cornerback is a position of strength for Minnesota Vikings, and has been for several years now. However, this position group is coming to a crossroads after the 2019 season. Both Trae Waynes and Mackensie Alexander have expiring contracts. Can Mike Hughes and the newly suspended Holton Hill step up into starting roles by then?
Drafting a sixth round corner in Kris Boyd doesn’t bring any clarity to the position either. Does Xavier Rhodes have enough left in the tank to be worth his contract after this season, with cap hits of $12.9, $14.2 and $13.9 million over the remaining years of the contract?

Let’s take a closer look at everything that could happen, and then I will let you know what I think should happen after the 2019 season.

It will be nearly impossible to keep all three of Mackensie Alexander, Trae Waynes and Xavier Rhodes after this season. Mackensie Alexander will likely be cheaper than Waynes, , but is he the right choice? Alexander took a massive leap in his progression last year. After Mike Hughes went down in week 6 against the Cardinals, Mac took hold of the slot cornerback position and never let go. The Vikings played with a slot cornerback on the field about 60% of the time, so while Alexander may not be on the field as much as Waynes, is value is still very high. After the bye week last year, Mac averaged a 74.5 PFF rating, and if you took out just his performance against the Patriots, he averaged a 79.3 PFF rating. When you look at these numbers compared to his previous two seasons, you can see why extending him makes a lot of sense.

Read the Full Article on purplePTSD.com

3. 2019 Vikings Draft by the Numbers and Big Boards Analysis

For those that would like to see what exactly I’m talking about when I say I have compiled information, here is the link…