These are the Vikings Some of us Envisioned last Off-Season 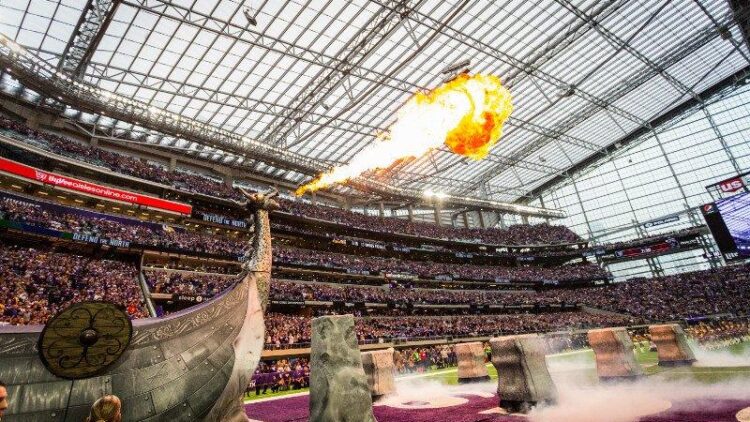 If you’ve listened to my podcast, Morning Joes, or read any of my diatribes from this off-season, you’ll know that I was extremely optimistic about the 2019 Vikings. In my season preview, I hemmed and hawed about whether this Vikings team would go 14-2 or 13-3, eventually landing on the latter for the sake of being, you know, level-headed. Then and now I saw a Vikings roster that, position-by-position, was the best in my entire 35 years on this planet (including the 1998 and 2009 teams, obviously) and because of that, I was extremely excited for the prospects of the 2019 season and even called it the best chance that the Vikings had to make a serious run for the first Super Bowl in team history (and for once I wasn’t completely alone, with some in the california online sports betting community also agreeing).

Two weeks ago, though, I was seriously pondering (aloud and thus on-record) whether or not we’d seen the peak of the Mike Zimmer/Rick Spielman/Kirk Cousins experiment. After a 2-2 start, with two extremely disconcerting losses, and that new triangle of authority being signed through the end of the 2020 season, it felt like the 2019 Vikings were a game from disaster.

Then the Giants came, like a group of angels from heaven, giving this one loss away from an unmitigated disaster Vikings team the gift they needed to get right. Some in the national media pegged that game as the best in Kirk Cousins’ entire career, but it was the Giants who were without their best player in Saquon Barkley, so it was best to take that win with at best a grain of salt and at worst another frustrating example of Zimmer/Cousins winning convincingly against a poor opponent.

Then the Eagles came, to town.

Sure, this Eagles team isn’t the 2017 Eagles team (a team that was so good that the city of Philadelphia spent actual budget money on hydraulic fluid that was supposed to make telephone poles so slippery that no third-generation Italian in his mid-40’s could climb it) but they’re good enough to have beat the Packers (and lose to the Falcons) and were above .500, a number that has haunted Kirk Cousins in his career. Sure, their secondary is bad, but if we’re going to call games “Must Win” in the media, or say that a loss would be bad enough to essentially tear this Vikings team apart, then we should give credit when the Vikings not only win but also dominate. Sure, the Eagles contest ended up being more competitive (at least at one part) than the final score showed, but you could say that the fact that the Vikings didn’t (at least completely) allow the Eagles to come back in the game deserves additional credit.

Since Cousins was the focus of a lot of the ire that was (rightfully) aimed at the team, he also deserves some of that credit. I was one of the larger proponents of the Vikings spending whatever it took to land Cousins before last season and defended him this off-season by pointing out that I had assumed the Vikings would invest their top draft picks on interior offensive linemen that April, as if I knew that Cousins struggled under pressure clearly the team knew that and only hubris or delusion would lead to them NOT doing that considering they’d be giving the largest NFL contract of all time (at that point) to Cousins (so it’d be madness to not invest in protecting that investment). Cousins, I’d said, started the 2018 season on-fire along with his then favorite receiver Adam Thielen, to the point that Thielen tied Calvin Johnson with eight consecutive games with at-or-over 100 yards. That pressure eventually crept up on Cousins, as did the objective lack of a run game and dysfunction at the offensive coordinator position, but that didn’t necessarily mean that Cousins was a bust.

After an off-season full of articles touting Cousins’ record against > .500 teams and four games where that narrative seemed to be solidifying into current truth, Cousins has shown Vikings fans and the league that he may have been worth the investment. Since the Bears game Cousins has averaged nearly 320 yards, 3 touchdowns, nearly 79% completions, and a 138.6 rating.

A lot of that success should go to the coaching staff as well, as Cousins has been distributing the ball to multiple receivers and seems tons more comfortable in the pocket, or lack thereof. Offensive coordinator Kevin Stefanski and company have allowed Cousins to do what he’s good at, which is basically a lot of play-action and rollouts/bootlegs, etc. Speaking of distributing the ball to different receivers, in those two games the Vikings have had huge games from Adam Thielen and Stefon Diggs, respectively. Even Kyle Rudolph is getting in on the fun.

That varied distribution, including a huge game in the passing game from Dalvin Cook against the Giants, shows exactly why people like me thought that this Vikings team could go 13-3 or 14-2. The reason that the Packers and Bears losses were so frustrating stems from the fact that the Vikings should’ve won those games. I know some people hate the cliche of one team winning vs. one team losing, but that’s only when you take that adage literally. When someone says “The Packers didn’t win that game, the Vikings lost it” they mean that the Vikings should’ve won but they blew it, basically.

That’s the feeling that most Vikings fans got from the Packers game, especially, at least in terms of how confident we feel that the Vikings are a better team than the Packers and if they replayed that game ten more times the Vikings would win more often than they’d lose. The Bears game is a bit more complicated as they were obviously without their quarterback Mitchell Trubisky for the vast majority of it, as they were also without Akiem Hicks on defense. That’s a terrifying prospect, especially considering how dominant that Bears defensive line was.

But it still feels like this Vikings should have a better record than 4-2, at least right now. Take away that first quarter against the Packers and this Vikings defense is playing extremely well. They’re currently 6th in regards to points allowed (with 15.5 per game), remove the Packers game and they’re allowing 14.4 points per game. With this Vikings offense firing on all cylinders, it’s not hard to imagine them winning a lot more games than they lose as they should be able to pick up two touchdowns and a field goal each week.

We should know whether or not this 2019 Vikings team is the team we’ve seen this past two weeks or the team that has struggled against the Packers and Bears after this week’s game with the Lions. Detroit has had Zimmer’s number during his tenure as the Vikings head coach and considering the Vikings are 0-2 in the division, we should see how they stack up against a good-to-great team that knows them very well.

While, again, the Eagles are a good team, the Vikings clearly outclassed them at the receiver position which is best summed up by the second Diggs touchdown (one where Cousins had his pick at wide-open receiver down the field with Thielen also being open by a mile). The Giants game felt like a “Get Right” game, with the Eagles being a good game for Cousins and company to build on the confidence they established in New Jersey, that makes Detroit a real test at the right time and while this author is currently really buying what the Vikings are selling, that confidence will be tested this upcoming weekend.

Should the Vikings win that game, convincingly, it’ll be hard to say anything but that this Vikings team is coming together as a Super Bowl contender at the right time. But for now, it’s hard not to be extremely excited about this team’s prospects, especially considering how despondent a lot of us were two weeks ago after the disaster in Chicago. While it may seem like that goes without saying considering all the talent on this team, again, it was only two weeks ago that people were calling for changes in Eagan at nearly every level. So, let’s appreciate where we are now and like the Vikings offense, build on the confidence we’ve attained these past two weeks.