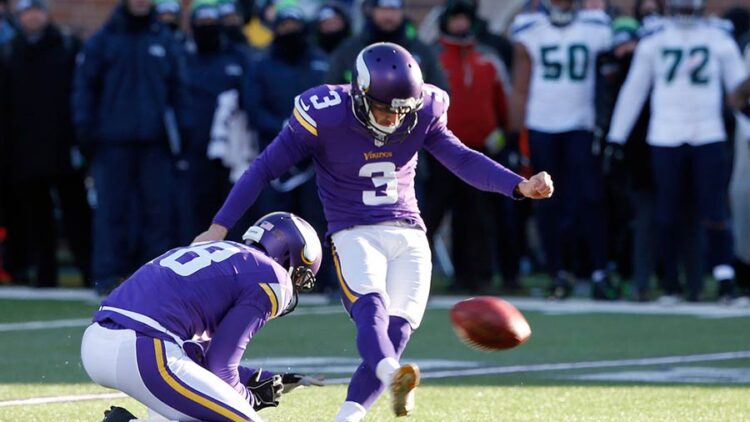 Watching football can be stressful enough, but when you add betting into the equation your stress level can be dialed up to 11. Now that sports betting is legal, people are betting on teams that they’re not necessarily fans of, and because of that there have been a lot of people streaming NFL games online to keep an eye on their investment. While online streaming of NFL games has exploded (which has put a dent in the television rating numbers) there have been more and more complaints about the streams themselves.

Imagine looking forward to watching your favorite team (or a team that you’ve bet on), but finding that you can only watch a 5-minute delayed telecast? Or even worse than that, finding that your internet connectivity just doesn’t seem to be strong enough leading to regular buffering, like you’ve magically time traveled back to the days of DSL or dial-up?

Turns out that you aren’t alone.

Lags and latency while watching sports or any multimedia can be more than just annoying. Since we live in a world with streaming services like Netflix and/or Hulu, you wouldn’t want to expect delays when watching your favorite games online, would you? Especially when you’re dealing with the NFL, a nearly ten billion dollar a year industry.

How is Latency Being Addressed?

Latency is the delay before a transfer of data can begin and is perhaps the biggest issue in live online sports telecasts, and critics never miss an opportunity to point it out. Overcoming that delay in live sports transmission seems to be a problem that isn’t as easy to fix as you’d think (obviously, otherwise they’d have done it already!).

The aforementioned “They” are trying to correct this problem by focusing on the OTT delivery. OTT stands for “Over the Top” communications and according to Wikipedia is a term used to “refer to content providers that distribute streaming media as a standalone product directly to viewers over the Internet, bypassing telecommunications, multi-channel television, and broadcast television platforms that traditionally act as a controller or distributor of such content.” In short, it cuts out the middleman so the game is going straight from the NFL to your device.

The new focus to eliminate that delay is to render the OTT delivery, which is seen to be faster than the typical and antique linear broadcast.

How Much Latency Can You Normally Expect?

Usually, a delay of 2 to 3 seconds is normal while streaming live sessions. However, this value can rise up to 8 seconds if a linear broadcast is in use.

While you could normally live with it as a regular viewer, these issues can be a problem for the betting industry. A delay of even one second can lead to immense financial loss for betting entities that have to keep an eye on every game that’s taking place at that point in time, which definitely means that they’re streaming A LOT of games in places like Las Vegas, Atlantic City and… Everywhere.

Some say that because of the above corrections and strides in the streaming industry, the US market is all set (or damn near close) to host in-play betting, which is making this issue more significant. For the uninitiated, in-play betting is betting that takes place during games in real time. Since bet makers can’t predict exactly how things are going to go in a game, in-play betting allows for more betting opportunities for both gamblers and betting houses. An example would be people betting on whether or not a field goal kicker makes a specific kick during a game (and if it were a Vikings kicker, those that bet against him would be right).

While the industry is trumpeting its ability to roll out in-play betting soon, those who have streamed games and dealt with delays are rightfully skeptical as it’s hard to make a bet for a kick that you see seconds after people on television, for example. That time delay could end up costing people a lot of money. One of those naysayers is Jed Corenthal, CMO of BetPhoenix(.com), who has expressed his concern with latency/lag. Because of those issues, Corenthal has said the technology that is needed to ensure fair real-time online betting isn’t available currently.

To actually make that happen, you’d need all of the betting houses, sports leagues, and fantasy sites to massively improve their media technology and have the adequate broadcast speed needed for in-play betting and by proxy, a lack of latency/lag.  SIS Head of Streaming Dave Gill said that higher latency can prove to be hazardous for the online betting industry – and even has the potential of being a deal breaker for the entire industry.

It could account for a huge financial loss and crisis among everyone involved, which is definitely not what you want, especially with sports betting only recently becoming legal. With all the new people betting on games for the first time in their lives, the industry is exploding in popularity. The last thing the industry needs is to risk it all on something that just isn’t technologically feasible in 2019. However, if there’s any industry that is willing to take that risk, it would have to be the gambling industry… Cause… It’s a gamble, a junk.

How Can You Change It?

To tackle the issue, sub two-second latency needs to be the standard.

Anything over two seconds and you get into all sorts of issues, while anything under two seconds is fine as you wouldn’t have much time to do anything other than bet (unless you had bots involved, I suppose).

There are a few companies like Bet365, SIS, and Net Insight that are collaborating to instill a better approach towards latency streaming and other improvements, but mainly to bring that time down to the sub-two-second mark.

When that happens, expect in-play betting to become the new norm and something that will bring billions of (more) dollars to the betting industry as you’ll be able to bet on basically everything. Being able to bet on whether a particular play is a pass or run play, whether or not a pass will be completed (etc.) will only be the tip of the iceberg as you could theoretically bet on multiple variables during every play. For example, during a field goal kick you could obviously bet on whether or not the kicker will make it, but you’ll also be able to take a riskier/higher payout bet as well, such as whether or not the kick will be blocked or faked!

So, stay tuned and keep your eye out for notifications about in-play betting, as it could very well change the viewing experience as we know it!