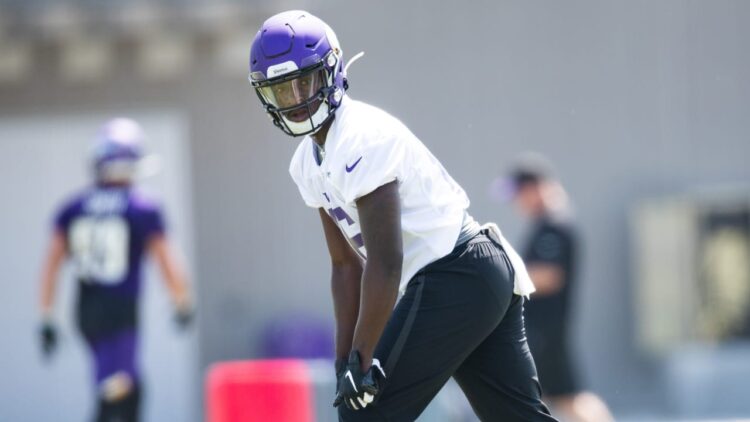 UPDATE: The Vikings have waived cornerback Nate Meadors to make room for Davion Davis on the roster.

When Chad Beebe (ankle) was placed on injured reserve last Tuesday, the team made a corresponding roster move and brought back wide receiver Laquon Treadwell. Now, it appears they’re calling in more reinforcements. According to Chris Tomasson of the Pioneer Press, the team will elevate Davion Davis from the practice squad to the 53-man roster before Sunday’s game at Chicago.

A source says the #Vikings are going to call rookie WR Davion Davis up from the practice squad to the 53-man roster for Sunday's game at Chicago.

Davis (5-11, 195; 22) was signed by the Vikings as an undrafted free agent out of Sam Houston State. He caught 52 passes for 569 yards and 10 touchdowns last season, including the acrobatic, highlight-reel catch below that he hauled in with one hand.

During training camp Davis was unable to earn reps over more experienced players, but his athleticism stood out and he saw ample reps on special teams, including as a punt returner. He wasn’t used much during the preseason, hauling in two passes on three targets for 11 yards. He also had one rush for ten yards.

Leber said Davis (5-11, 180) stood out to him during OTAs due to his body control, professional approach and sheer athleticism.

With fellow rookie Bisi Johnson taking over the WR3 role with Beebe out, it’s unclear how the team plans to utilize Davis going forward. We’ll find out in less than 24 hours if the Vikings plan to dress Davis for the game or make him inactive.