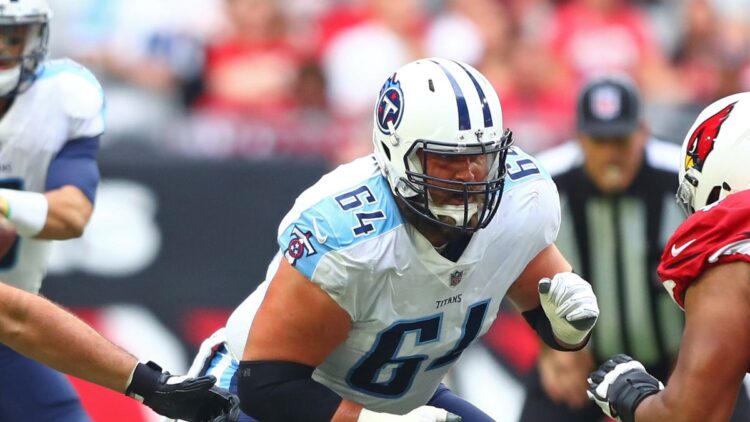 As the Minnesota Vikings look to start adding pieces to the offensive line, a couple of names of interest were reported on Sunday.

According to Darren Wolfson of KSTP, the Vikings have had “external discussions” about free agent guard Josh Kline. Wolfson described external talks as those between the team and those who know Kline outside of the building.

The #Vikings have had an external chat about former Titans starting right guard Josh Kline, who was released on Friday. Kline has a few things to sort out before digging in on the interested teams. He graded out well in 2016 and 2017, per PFF, with 2018 not graded as well. pic.twitter.com/xDCtPMhy5S

Ben Goessling of the Star Tribune later tweeted that the Vikings could bring in Kline for a visit this week.

The Vikings have also touched based with offensive lineman Stefen Wisniewski, per Wolfson. Wisniewski (6-3, 305) is a former second-round pick of the Oakland Raiders in 2011. He has experience playing all three interior line positions in the NFL. Wisniewski was most recently a left guard with Philadelphia. When healthy, he’s capable of playing at a very high level. In fact, according to Pro Football Focus, the Penn State product has only allowed 8 sacks throughout his entire NFL career, which includes 4,538 passing snaps. The 29 year-old has started 24 out of a possible 48 games the last three seasons with the Eagles.

While checking-in on Wisniewski was described by Doogie as “tire-kicking,” it would certainly make sense for the Vikings to bring in a veteran with positional versatility. That becomes especially true if Nick Easton, who has reportedly garnered interest from multiple teams, signs elsewhere.

Wolfson noted that in all likelihood no moves would be made until a decision is made by Easton, which reportedly could come as soon as soon as tomorrow.