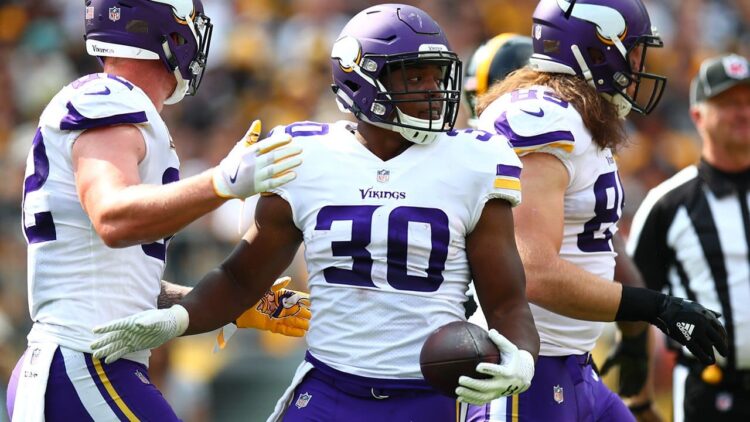 The Vikings on Tuesday began locking up their in-house free agents. Fullback CJ Ham and punter Matt Wile were re-signed to one-year, $645,000 deals.

Source says the #Vikings have agreed to bring back exclusive rights free agent fullback CJ Ham. He'll be signing a deal worth $645,000 for next season. The move was expected that Ham would be back.

Ham, a Minnesota native, is entering his third NFL season. The 25 year-old was picked up as an undrafted free agent in 2016. He has been the team’s starting fullback the last two seasons.

In 139 snaps in 2018, Ham received a Pro Football Focus grade of 50.9. While his overall grade was low, according to the PFF Vikings twitter feed he ranked 3rd in pass block grade out of all backs with any pass-blocking snaps.

As an offensive weapon, Ham (5-11, 235) was more effective as a receiver than a runner. He hauled in 11 catches for 85 yards while running for only 8 yards on 6 carries. His role could be adjusted under the guidance of offensive assistant Gary Kubiak and play-caller Kevin Stefanski.

According to Nick Olson’s twitter feed, Wile ranked 6th in the NFL in punt hangtime with an average of 4.43 seconds per punt. He was also top five in fewest touchbacks and top ten in average net yards per punt.

Source says #Vikings have agreed to bring back exclusive rights free agent punter Matt Wile. It will be a one-year deal worth $645,000.

The Vikings have upcoming decisions on Josiah Price and Cedrick Lang who are both ERFA’s, as well as restricted free agents Anthony Harris and Rashod Hill.

Restricted free agents (RFA’s) are players with three accrued seasons. The current franchise is given right of first refusal on any offered contract. Depending on the level of the tender offered, the current team may receive draft pick compensation for losing said player. Possible tenders include first-round, second-round, original-round, and right of first refusal only. Here are the projected amounts of the 2019 RFA tenders: