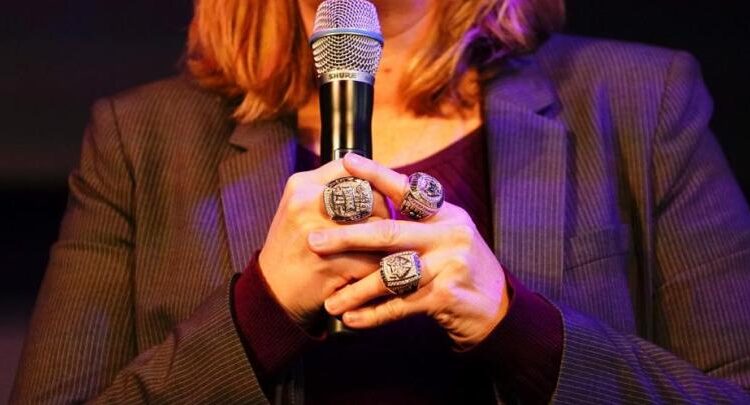 Okay, the Super Bowl is over, and if it feels like déjà vu or Groundhog’s Day (the movie version) all over again, it is, because the New England Patriots won it again. For the 6th time. In fact, they appeared in the four out the past five championships, winning three of them. They are an incredibly dominant franchise, no matter what you may think of the head coach and quarterback—each now owns their sixth championship ring with the Patriots.

The Pats beat the Los Angeles Rams 13-3 in a decidedly defensive battle between two of the better offenses in the league. While many bemoaned the dearth of scoring in the game (only one touchdown was produced and it wasn’t on the board until well into the fourth quarter), it was a hard-fought, hard-hitting defensive gem, which was likely appreciated by old guys (such as myself) and old school coaches like Mike Zimmer.

Anyway, the old season is gone and new one now begins, but before we move on, we thought one more (abbreviated) Trending, Defending, Ending article might be worth doing around the big game. So, as we look toward 2019 (the 100th year Anniversary of the NFL), here is one more look back at 2018-19 Super Bowl.

Tom Brady—because he is always trending, right? Brady did not have the performance he had in the Super Bowl last season (when he passed for more than 500 yards), but this year he got the ring. And while he had the Rams defensive line in his face much of the game, he put together a beautiful game winning drive with a couple nice touch passes to Rob Gronkowski to set up the game’s only TD—a two-yard run off left tackle by rookie Sony Michel. Brady actually struggled a bit in the early going, and did not look like he had in the previous two playoff games (except when he was throwing to Julian Edelman—see below). Brady finished the game 21 of 35 for 262 yards, a pick (on his first pass of the game) and a rating of 71.4. But that is not what we will remember from this one, perhaps it will be the image of Brady smiling as he carries the trophy out of the stadium after the game. That’s not a bad way to walk off into the sunset, even though it doesn’t seem likely to happen at this point.

Wide receiver Julian Edelman grabbed 10 of Brady’s passes for 141 yards and scooped up the game MVP trophy with a tough and efficient performance. Edelman was constantly open for Brady in the game and not just by a little. His great route running afforded him plenty of space from his defenders often and Brady had an easy time finding him throughout the game. To give an offensive player the MVP trophy in this low-scoring game was a tough call and one that many have (rightfully) questioned since the final gun, but Edelman was Brady’s safety valve throughout the game and his numbers set him apart on the Pats offense. It was obvious early that Edelman was the statistical MVP, and short of a game-winning defensive score, nothing was going to change it.

Defense wins championships. That old adage has returned with a vengeance. Either team had a chance to prove it with the way they played on Sunday. Two great offenses were reduced to little production both in the stats sheet and on the scoreboard. Brady got hit and harassed a little more than he was used to, and Rams quarterback Jared Goff nearly got ran out of the stadium by the Patriots defensive front (four sacks, 12 hits). The Rams defense was the more celebrated coming in, and played well, but the Patriots made Goff look like the first-time Super Bowl participant that he was (19 of 38 for 229 yards, a bad pick and a 57.9 rating). Defense still means something in this league, so the Vikings can take heart in that as their top-five defense should make them relevant next season—but only if they get in the playoffs.

What can you say about Bill Belichick? That he is crabby all year until he gets to hoist a championship trophy, it would seem. (If that is what takes, then we got to believe Zimmer, the self-described crabby-appleton, can do the same.) We heard it all season that Belichick knows how to take a team’s strength away from it. Well, the Rams made it a little easier by coming into the game with an inexperienced quarterback (couldn’t be helped) and a puzzling running game (couldn’t be deciphered), but Belichick called some timely blitzes and some inscrutable coverages that had Goff confused in the backfield. Hoodies off to the man with six titles. Now retire, already, we have had enough.

Speaking of a confusing running game, we are still wondering what the running back with the most rushing touchdowns in the regular season (Todd Gurley), was doing spending most of the game on the sideline. We know he had a knee injury late in the season and that it limited his performance the rest of the way, but the injury report said he was ready to go. And Rams head coach Sean McVay said it wasn’t an injury problem that kept Gurley to 11 touches for a net 34 yards. McVay, anointed guru of the future of the NFL, admitted point blank that he was outcoached in the game. That may help stave off some the questions for now. But this Gurley question will rear its ugly head early and often as the Rams begin the offseason. (It’s hard not to believe there will be an exploratory knee procedure in the offing for Gurley.) And the Toast of Tinsel Town will have to try to answer it and others.

What should be ending most of all is that we are writing this season ender about teams other than the Vikings. Let’s hope that can end next year at this time.