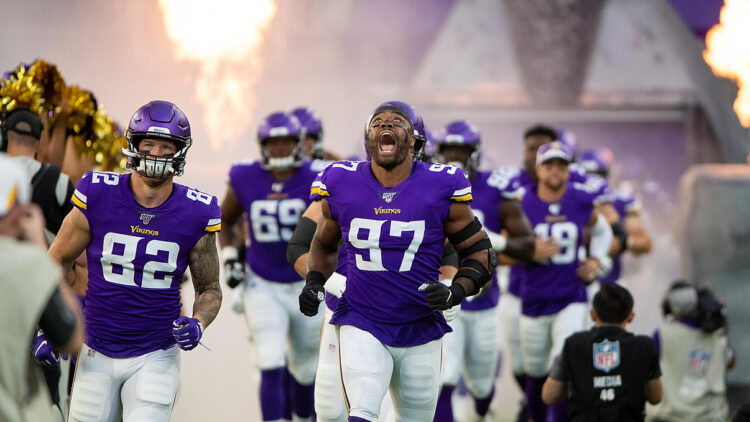 If you haven’t heard, I do a daily and gameday (pre-game/half-time/post-game) show that’s mostly based on audience/fan participation. Because of that, I feel even more dialed into the Viking’s online zeitgeist than most writers. So, I tend to write from that perspective, so I apologize if this sounds like I’m arguing with no one when I write it. But, sure, Monday Night’s game against the Packers could’ve ended up meaning “nothing”, if your everything in that statement was solely the answer to who won the NFC North. However, there was a lot more on the line Monday than just that and in every single way, the Vikings not only took a step back but essentially laid an egg so hard that any thoughts of a post-season run (from any seed, let alone the sixth seed) seem … Scrambled?

Cause, you know. Egg pun?

The Vikings entered the night as a playoff lock, so they didn’t need to win this game to clinch a post-season birth. That’s the only good news on the night, a night in which they lead the Packers 10-9 at half-time, thanks to THREE first-half turnovers by the Packers (two of which happened deep in their territory). As was the case for most of the second half, the Vikings offense could get nothing going. Nothing. They had two first downs at the half and only 26 yards passing and while some will point to Kirk Cousins and his now extended record of going 0-9 in Monday Night Football games, this loss should be blamed on the same people the last THREE losses were. The offensive coaching unit.

Sure. The Vikings were without Dalvin Cook and Alexander Mattison. Sure. So, it’s harder to establish the run or the play action. And sure, Cousins did through his first pick out of the play-action this season on a questionable (at best) throw deep. But the play calling was god awful all night as it was in the last two losses this Vikings team has had, the Seahawks game and the Chiefs game.

On my show, purpleUPDATE Live! I’ve implored the Vikings coaching staff to avoid getting “too cute” as whenever they’ve looked back at a game and said those two words, it’s not only a game in which the team lost but it’s a game in which they lost badly.

That was the case again Monday. Instead of focusing on the heavy personnel formations and plays that got them where they are, they yet again decided to get too cute and run plays that even had Booger McFarland saying “Maybe they should try a screen” DEEP into the second half. Here comes some more of me arguing with no one; I get it, they didn’t have Cook or Mattison and it’s harder to do things without them. That doesn’t mean you should completely avoid doing them!

If you’re going to let the lack of Cook’s presence on your team affect you this much, then don’t even show up. Because missing him hurts, but it hurts even worse when you let it affect everything else that happens without him. Where were the bootlegs? The rollouts? Any of the things that this Vikings team has done on offense that got some of us actually believing they might make a run of things if they can patch up their secondary enough.
That might be the only positive on the night, the secondary. But again, the Packers gave the Vikings gift after gift in the first half. Whether that was on the secondary or on Aaron Rodgers, who was throwing balls that were too high, or too far behind his receivers, especially early, doesn’t really matter. What matters is that yet again we all ended up feeling like the Vikings LOST a game they probably could’ve or should’ve won, not because of anything except mistakes and terrible decisions by those who get paid far too much to not at least learn something from them.

I refuse to find any solace in a loss like this because it shows that this team simply isn’t capable of winning with these coaches. I mean, at least try to slow down Za’Darius Smith by chipping or putting a tight end over there. Nope. Just let him continue to dominate Riley Reiff for 3.5 sacks on the night.

The Vikings face the Bears at home next Sunday, but even if they come out and exorcise that demon (as they had their other worst loss on the season against the Bears week 4), it won’t matter as at some point the Vikings coaches will revert to this inane playcalling in the playoffs and it’s hard enough to win in the NFL, on the road, three weeks in a row without your coaching staff doing everything it can to ensure that you’re not running the offense(s) that, again, have worked for you.

I mean, even a change of tempo would’ve been nice. We saw this against the Broncos, and then after the first half the Vikings came out and ran some uptempo stuff and things changed. Tonight’s game was just the same thing after the same thing, and weird, gimmicky plays on third and short that tell us that this coaching staff doesn’t think that this Vikings team is good enough to win straight up against good or great opponents, so they have to rely on things like a third-and-short pass from Diggs to COUSINS?!?

It’s going to be a rough week and an even rougher post-season.