News From The North #7 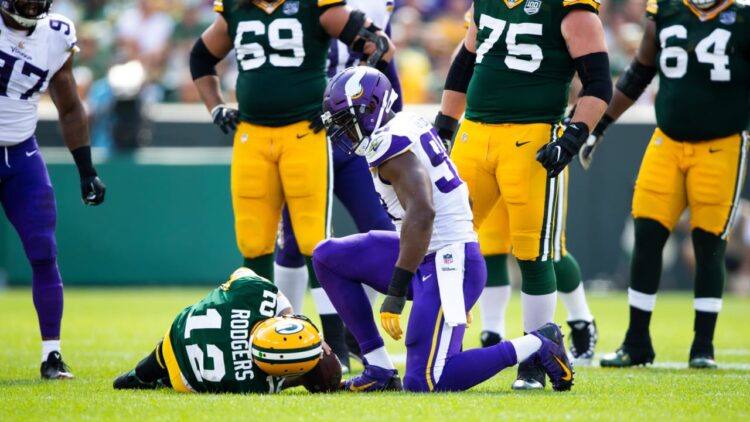 Welcome to the seventh edition of News From The North! This is your destination for updates on the NFC North, released the first and third Saturday of every month. This report includes game recaps, roster moves, coaching changes, injury reports, pregame analysis and more. Since our last edition, free agency has begun, and it has been exciting, to say the least.

The Vikings have made a couple of changes to the roster, and have re-signed some key players to the team.

Minnesota has re-signed LB Anthony Barr. Despite initial reports that he was going to sign with the New York Jets, he changed his mind and has signed a new five-year contract with the Vikings.

The team has brought back DT Shamar Stephen. Stephen played for Minnesota from 2014-17, but left last year to play with the Seahawks. Details on his signing can be found here (note, this article was published before Barr decided against going to New York).

One of the more prominent signings has been the restructuring of DE Everson Griffen’s contract. Drafted by the team in 2010, Griffen has spent his entire pro career in Minnesota. Despite taking several weeks off last season to address mental health issues, Griffen returned in full form and continued to demonstrate his absolute dominance on the field. His new contract with the team increases the available cap space and secures his future with the Vikings for several more years.

Lastly, RB Latavius Murray has left the twin cities for New Orleans. His contract was re-worked in 2017 making him a free agent this offseason.

Free agency goes on, but I wouldn’t expect any other signings this offseason, with the possible exception of TE Kyle Rudolph having a restructuring like Griffen or perhaps a low-cost kicker. Most likely we will have to wait until the draft for new talent.

Quite a number of changes have happened since our last issue, both before and after the beginning of free agency.

Chicago should cool down for a while. Currently without any draft picks in the first two rounds in the 2019 NFL Draft, it makes sense that they heavily relied on free agency to fill spots in their roster.

The blue and silver have been comparatively quiet, except for one notable signing.

There may be some more free agency changes in the coming weeks, but most likely Detroit is done until the draft.

Green Bay has given little attention to their offense, which is surprising considering how lackluster it was last season. After losing WR Jordy Nelson to the Raiders (who has since been released this offseason), their receiving game was solely dependent on WR Davante Adams. While he performed spectacularly and earned himself a Pro Bowl appearance, Rodgers needs more weapons if the Cheeseheads are going to be playoff contenders in 2019. Expect this to be addressed in the 2019 NFL Draft.