News From The North #5 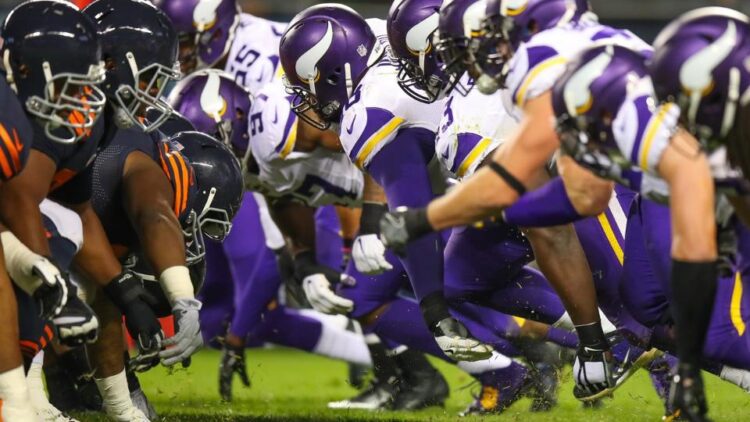 Welcome to the fifth edition of News From The North! This is your destination for updates on the NFC North, released the first and third Saturday of every month (except for our late edition today!). This report includes game recaps, roster moves, coaching changes, injury reports, pregame analysis and more.

Since our last edition (which you can read here), the New England Patriots won Super Bowl LIII in quite possibly the most boring fashion ever. The 2018 NFL season is now over, leaving us to wait for the combine and draft later this spring. But for now let’s check on our favorite NFL division:

In January ESPN named several honors for each division. Adam Thielen was named the NFC North Offensive MVP. In his fifth pro season, Thielen had a supremely successful season, finishing fourth in the league in receptions, 113, ninth in receiving yards, 1,373, and 10th in receiving touchdowns, 9. Along the way, the Detroit Lakes native broke several NFL and franchise records, most prominently tying Calvin Johnson’s record of eight consecutive games with at least 100 receiving yards, simultaneously setting the record for the most consecutive games to start the season with those numbers.

When it was announced that the long-tenured Mike Priefer would not be returning to Minneapolis in 2019, many Vikings fan had their theories of who would be the next Special Teams coordinator. Fans can sleep easy knowing that the position has now been filled, by the Dolphin’s assistant special teams coach Marwan Maalouf. Maalouf has been in the NFL for 14 years, with one year of previous experience as a ST coordinator, that being for the 2012 Indianapolis Colts. The Dolphins finished with the fourth-best special teams ranking in 2018, making him a welcome sight for Minnesota, who has been plagued by kicking issues in the past.

The new offensive line coach/run game coordinator is Rick Dennison. Dennison has 25 years of NFL coaching experience, a large majority of those as an offensive line coach or as offensive coordinator. A veteran play caller, he has produced 18 Pro Bowlers (including six offensive linemen), and his rushing offenses have averaged 2,038 yards/season and 14.3 touchdowns/season. For comparison, John DeFillipo’s offense in 2018 had only 1493 rushing yards and 9 touchdowns (and some of that is a product of newly promoted OC Kyle Stefanski). Dennison has been on three Super Bowl winning teams, all with the Denver Broncos, and he was the OC for the Broncos in their 2015 Super Bowl 50 victory. Needless to say, he looks like the perfect coach to restore Minnesota’s lackluster O-line.

Lastly, Drew Petzing was announced as the new wide receivers coach. Petzing has been on the Vikings staff since 2014 and spent two years (16-17) as the assistant wide receivers coach. Petzing is lucky to inherit a highly talented duo of elite wideouts but will have his work cut out for him on producing a talented WR3. Currently, that position is filled by Laquon Treadwell, but after producing nearly nothing since being 2016 Treadwell is likely on the chopping block, meaning Petzing may have a chance to coach a new talent in 2019.

Click here for more details on the recent hires, as well as a list of the current coaching staff, per Vikings.com.

In addition, ESPN gave the Bears three awards in their division distinctions. Nagy received Coach of the Year, Khalil Mack was named Defensive MVP, and Roquan Smith was the Rookie of the year.

Mack was traded from Oakland to Chicago for a bounty of draft picks, luckily turning out to be an extremely wise decision. The 1st Team All-Pro had 37 tackles, 12.5 sacks, and six forced fumbles in only 14 games. Smith made the Bears defense even more destructive, with 89 tackles and five sacks.

Several coaches were promoted internally and one coach was hired.

If you were confused about the ??th pick, it’s because the Bears have traded away their first and second round draft picks, meaning unless they trade up somehow they will have to wait for the third round to select a new rookie.