News From The North #4 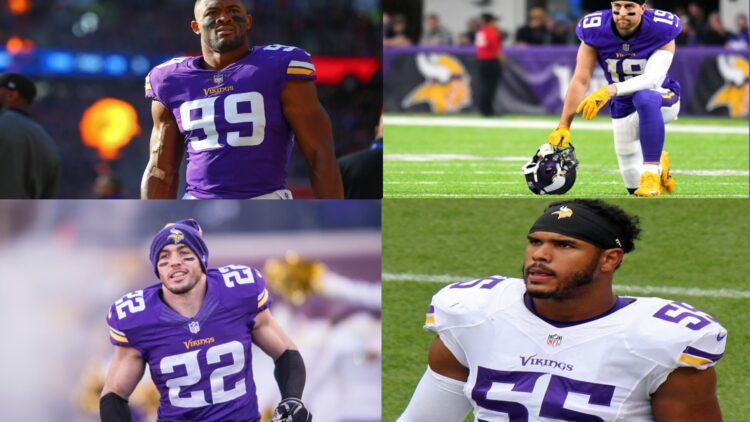 Welcome to the fourth edition of News From The North! This is your destination for updates on the NFC North, released the first and third Saturday of every month. This report includes game recaps, roster moves, coaching changes, injury reports, pregame analysis and more.

Following an interesting Pro Bowl weekend (looking at you, MVP trophy) we are left with only one more game in the 2018 NFL season: Super Bowl LIII, between the Los Angeles Rams and the New England Patriots. The end is near…until August at least.

After narrowly missing the playoffs this season the Vikings turned their attention to the offseason, but four players were selected to head to Orlando for the 2019 Pro Bowl:

All of Minnesota’s representatives (with the exception of Hunter) were also in last year’s Pro Bowl. In addition to being Pro Bowl selects, Smith and Hunter were also named 2nd-Team All-Pro by the Associated Press.

Prior to the all-star game, Thielen participated in the Skills Competition and was hugely successful, particularly in the Best Hands challenge (caught all passes) and the Precision Passing challenge.

On offense, Thielen caught two of his three targets for 18 passing yards. The Detroit Lakes native also attempted a pass on a trick play, intended for Saints’ RB Alvin Kamara, but it was intercepted by Jets’ S Jamal Adams. Adams would later be named the Pro Bowl Defensive MVP.

On defense, all three purple people eaters found success taking down their AFC counterparts. Hunter, Barr, and Smith combined for eight tackles, with Hunter recording the only sack by the NFC and Smith recovering a fumble.

The Motor City Kitties finished last in the division in 2018 despite an impressive win over New England and sweeping the Packers. Their poor season was reflected by the honors the team received: no one on their roster was named to an All-Pro team. However, Detroit did send two players to Orlando:

Slay had 4 solo tackles in the all-star game, the most of any NFC North defensive player. Muhlbach would have five snaps, four for punts and one for the extra point made by Giants K Aldrick Rosas.

WR Brandon Reilly was signed to a reserve/future contract.

The Lions have hired their former special teams coordinator John Bonamego back to his old position. Bonamego was the ST coordinator for Detroit from 2013-14 and has spent the past four years as head coach at Central Michigan University. The Chippewas went to bowl games each of Bonamego’s first three years (losing all three), but finished last in the MAC in 2018 with a 1-11 record. Overall, Bonamego has a 22-29 (.431) record. In 2013-14 the Lions went 18-14.

The silver and blue will have the 8th overall pick in the 2019 NFL Draft.

The 2018 division champion was knocked out in the Wild Card round of the playoffs by the Philadelphia Eagles, but their tears were quickly dried when they sent eight teammates to central Florida for the Pro Bowl, all but one for the first time:

In addition to the all-star game, Cohen, Jackson, Fuller, and Mack were named 1st-Team All-Pro by the Associated Press, and Hicks was named 2nd-Team All-Pro by Pro Football Focus.

On offense, Trubisky made his Pro Bowl debut by completing five of nine passes for 38 yards and an interception. Cohen didn’t fare much better, only getting one carry for two yards.

On defense, Hicks and Fuller had three tackles. Fuller also got an interception, picking off Colts’ Andrew Luck.

The Bears have not decided to move on from Cody Parkey, but have signed Jones as competition for him going into the 2019 season.

For coaches, Chicago has hired Mark DeLeone as inside linebackers coach. DeLeone has experience working with head coach Matt Nagy under Andy Reid with the Chiefs. DeLeone held the same position last year for Kansas City.

The Bears traded their first-round pick in the upcoming draft to the Oakland Raiders as part of the deal to acquire Khalil Mack. Their second-round pick was also traded, part of a deal with the New England Patriots in the 2018 draft. The Bears will have to either trade up or wait until the third round to select a rookie player in 2019.

Wisconsin’s favorite team had a disappointing season despite Aaron Rodgers returning to the team at full strength last August. They missed the playoffs for the second year, but two of their star talents were nominated to the Pro Bowl:

Only one member of the green and gold got an All-Pro nod, LT David Bakhtiari, who was named 1st-Team All-Pro by the Associated Press.

Rodgers was unable to compete in the annual Orlando fest as he is still recovering from a concussion sustained in the last game of the 2018 regular season. Adams, however, did participate and had two receptions on four targets for 41 yards.

The Packers have made changes in the executive offices, hiring Milt Hendrickson as director of football operations. Hendrickson has spent 14 years with the Baltimore Ravens and has extensive experience with personnel staff.

Green Bay has gone coaching crazy since our last edition (which you can read here) with six new hires:

The Cheeseheads will have the 12th overall pick in the 2019 NFL Draft.