Minnesota Vikings Playoff Outlook: Buy Me a Ticket for the West Coast? 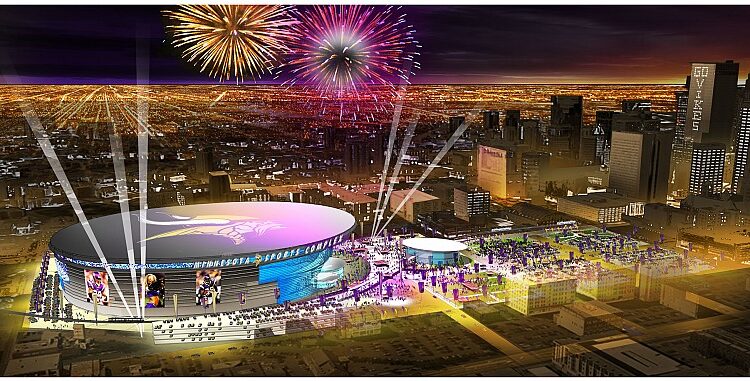 It’s the first week in December. That means we’re inching closer to the festive holiday season. However, things in professional football are growing anything but festive for many teams. There are some who have weeks ago started the whispers of wait until next season.

That’s not the case for the better teams, including the Minnesota Vikings. Football aficionados all appreciate that anything can happen in the National Football League playoffs. But there’s one simple fact, you have to get there for anything good to happen.

Currently, Minnesota holds extremely favorable odds to at least make the playoffs. Essentially, what the -650 futures bet to be part of the NFC playoff bracket says is that the Vikes will be there.  You can find complete NFL Vegas Odds live on Lineups.com.

Of the teams who are not virtual guarantees, San Francisco, Seattle and New Orleans, the Vikings actually have comparatively favorable odds for being a playoff team among the rest. They’re still a fair chunk behind NFC North Division rival Green Bay at -2,000, but looking a whole lot better than anyone else.

The odds point to Minnesota having a far better chance at the big dance than Dallas, Philadelphia, or another divisional rival, Da Bears. So, a better question than will they make the playoffs might be what path will be in front of a team just one year removed from losing in the conference finals?

If you want to bet on the Vikings making the playoffs, conference championship or Super Bowl, you can do so on Sugarhouse online sportsbook out of New Jersey & Pennsylvania. Sugarhouse sportsbook has a website and app you can legally use. 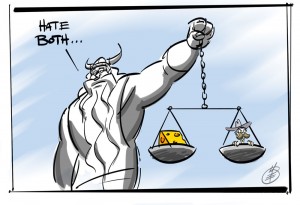 The loss this past Monday night in Seattle hurt. It took away a chance to tie Seattle at 9-3, dropping Minnesota two games behind the Seahawks. It also gave Seattle the first head-to-head tiebreaker, if they both end up wildcard teams.

The loss also hurt in another very important way. It prevented the Vikings from drawing even in the standings with Green Bay. The numbers point to Minnesota needing to win the division with an outright better won/loss record.

The Packers have one more non-divisional game Sunday against the woeful Redskins. Green Bay will finish with three divisional games, two of those on the road. A meeting with the Bears in two weeks will either bring a virtual end to the Bears’ playoff hopes or very much improve Minnesota’s odds of winning the North.

But, the following week is the game Minnesota will be eyeing. Everyone appreciates the one-week-at-a-time mindset, but the Vikings have two very winnable games ahead of the Packer/Purple showdown on Monday Night Football. Detroit brings a badly wounded Lions team to town this weekend.

A -13 point spread should tell everyone what the oddsmakers feel the chances of Minnesota losing to Detroit are. Green Bay has a matching number against Washington. We hate to look in some kind of proverbial crystal ball, but we will so that we can make a point.

Both teams are favored in the early odds posted for week 15. The Packers are -7.5 to pretty much end Chicago’s playoff hopes at Lambeau. The Vikings have a little tougher challenge. Minnesota must travel to sunny Southern California to take on an underachieving Chargers team.

Right now the Vikings are favored by a field goal in that game. Sure, a lot can happen in seven days in the NFL, but most indications point to a showdown at US Bank Stadium between the Vikings and Green Bay. However, a win on the night before the night before Christmas would only eliminate the first tiebreaker.

Green Bay has yet to lose in the division, while the Vikes have been knocked off twice. The cold hard fact for Minnesota fans is that they need help from some of their most bitter rivals. So, despite having strong odds to make it to the NFC playoffs, the path for Minnesota may invariably end up being the wildcard route. 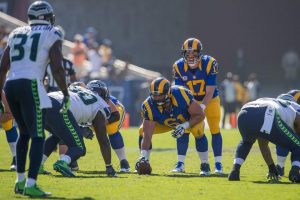 Even if Minnesota wins out, they are behind the proverbial eight ball to win the NFC North. That means a week-one wildcard game. Now, who might that opponent be and most importantly, where might that game be played?

Seattle will either come back to earth Sunday night against the Rams, or put a hard stamp on their odds of winning the NFC West. The Seahawks have what is as close to a cakewalk the following two weeks, before a divisional showdown in Seattle against the 49ers.

Losses in those two games could make the Minnesota loss to Seattle an even harder pill to swallow. That would give the Seahawks the wildcard tiebreaker and the right to play the worst team out of the third and fourth best division winners.

The other scenario follows a similar path, but it will only change the NFC West team who does not win the division. To clear one aspect of the wildcard race up, the current standings and schedule collective show Chicago and Philadelphia hard-pressed to get a foot in the door.

Chicago must virtually win-out to pull even with Minnesota and steal the wildcard via the head-to-head tiebreaker. We said, Vikings fans must root for a couple bitter rivals over the last month. However, that also means Minnesota must fold up like a cheap accordion as well.

The Eagles are another story. They are like a three-legged long shot to have any hope of a wildcard. The stars would need to align perfectly, and all three NFC North teams would need to implode. However, Philadelphia does have hope.

They play two of the three worst teams in the NFL to end the season. In the middle is a game in the City of Brotherly Love against the Cowboys. However, a 9-7 record might still not be enough to win the division. Dallas sits a full two games behind Minnesota in the wildcard picture.

In addition, they have a third black mark since the Vikings beat them head-to-head. This means that unless Minnesota falls flat on their face the final four weeks, losing every game, the only realistic way the Cowboys or Eagles can make the playoffs is to win the NFC East.

Conclusions drawn with a month left on the NFL regular season schedule are wrought with debatable angles. However, it is pretty clear that if Minnesota takes care of business; they are headed to the NFC playoffs. The question is against whom and where.

The Seahawks vs. 49ers game the final week of the regular season will probably determine the second wildcard team and division champ. Unless something miraculous happens, Minnesota will most likely drive into the playoffs in the #6 seat. If they win the division, they will host one of these teams we discussed.

Unfortunately, that might be a long shot. What it does mean is probably either a trip back to Seattle or to The City by the Bay. Sure, there are a lot of quarters of football left before the playoffs begin. However, a tried-and-true Vikings fan might want to check out airfare prices to either Seattle or San Francisco for a plane trip to kick off the New Year.