Introducing Reid Johnson of PurpleReignNews.com & His Top 3 Views from purplePTSD.com! 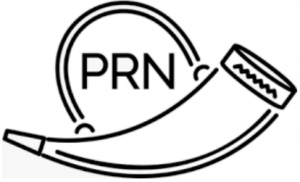 As some of you know, VikingsTerritory.com isn’t the only Vikings related site in our mini-Empire! While it is definitely the oldest and most established, we have two other sites (and growing) in said empire, with purplePTSD.com being the first site I started (back in May of 2015), I then purchased VikingsTerritory.com before the 2017 season and created purpleTERRITORYradio.com a few months ago to host all of our audio/video content and that’s grown into the largest spot for all Minnesota Sports podcasts with partners like TwinsDaily.com (Gleeman and the Geek), Climbing the Pocket (and SKOLhole), KNSI Sports (and North Star Sports Podcast), The Locked On Vikings Podcast (with purplePTSD.com writer Luke Braun), KLGR Radio (with The Scoop) and all of our podcasts (like Morning Joes, Vikings on the Clock, Load the Box, Hot Dish in the Fridge, About the Labor, The Smoke Break, the Lunch Break, and more)!

The best way, I thought, to introduce him and his writing style was to post his most recent articles from purplePTSD.com here! He’ll be writing under his own account starting today, but let’s look back at some of his recent awesome work so people get an idea of what he and PurpleReignNews.com is all about!

Click the title of each article to read the entire article on purplePTSD.com!

After three uneventful seasons in purple, wide receiver Laquon Treadwell is thought to be entering a make or break season. However, if this week’s OTA’s (organized team activities) are any indication, the writing is already on the wall for the former first-round pick.

No one expects a first rounder to be cut before his contract expires, but Treadwell continued to struggle with drops this week and his roster spot is definitely in jeopardy. Laquon held the number three wide receiver position behind Adam Thielen and Stefon Diggs last year. The competition against him is fierce this year, including but not limited to Olabisi Johnson, Dillon Mitchell, Jordan Taylor, Jeff Badet, Chad Beebe, and Brandon Zylstra.

I think Jordan Taylor is Treadwell’s biggest threat. Earlier this week, quarterback Kirk Cousins raved about Taylor’s crisp route running, while Laquon was demoted to the second-team offense. During his time with the Denver Broncos, Taylor worked closely with future Hall of Fame quarterback Peyton Manning, and he’s already connecting with Minnesota’s franchise players. On Twitter this week, Taylor was photographed sitting with Thielen and Diggs during a film-study session.

Click above to read the entire article on purplePTSD.com…

Cousins Taken Down during Practice

While fans and analysts are focused on trade rumors surrounding tight end Kyle Rudolph, they should be more concerned about the absence of starting right tackle Brian O’Neill. The second-year starter, who is paid to protect Kirk Cousins, was missing from practice Wednesday. In his absence, the $84 million man was taken to the turf by his own teammate.

O’Neill was a rare bright spot on Minnesota’s shaky offensive line last year, but he was sidelined during the second practice of the season with an undisclosed injury. Rashod Hill replaced O’Neill for the day, but he and his other linemen failed to protect the man in red. Quarterbacks always wear bright red jerseys during practice so adrenaline-filled defensemen don’t hit them.

O’Neill’s presence was certainly missed, but the line is also learning a new system brought in by Rick Dennison. The offensive line coach is teaching the squad to zone block vs man to man. As a result, Cousins was frequently under duress during the two-hour session, and at one point was inadvertently taken to the turf.

Click above to read the entire article on purplePTSD.com…

Who Would be the Most Devastating Loss?

This time of year, fans of all football teams look at their rosters like Jack and Rose looked at the Titanic while it was still at port: blissfully and ignorantly. Such an amazing work of mankind, such talented rosters, what could possibly go wrong? As the Vikings set sail in search of the Lombardi, the metaphorical iceberg is a devastating injury.

American football is brutal on the body… Darwin would be mesmerized watching players adapt or succumb to natural selection. Only the toughest survive the gridiron, while many athletes are unexpectedly taken down in freak accidents (i.e. Teddy Bridgewater). As another season approaches, I look at the Vikings roster and wonder what would be the most devastating position or player to lose besides quarterback Kirk Cousins.

I asked my followers this very question on Twitter (@PurpleReignNews) and received a mixed bag of responses. Some felt veteran safety Harrison Smith would be the biggest loss as he quietly leads Mike Zimmer’s defense, while others deemed skill players like Stefon Diggs, Adam Thielen, or Dalvin Cook the most valuable. Obviously, I’d hate to lose any player – no one “deserves” an injury and they can sometimes be career threatening, but injuries in the NFL are very common and it’s a realistic question.