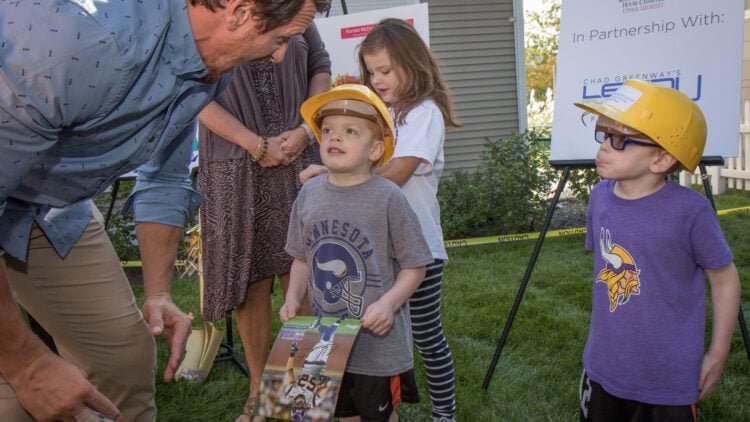 If you’ve been following the purpleTERRITORY media network you’re a fan of the Minnesota Vikings. If you’re a fan of the Vikings logic dictates that you’re also aware of Vikings legend Chad Greenway and also, as a Vikings fan, are most likely self-medicating each week with some sort of spirit and thus are also most likely aware of Greenway’s delicious vodka, Gray Duck. Gray Duck has been a sponsor of our network for a few months and we recently attempted to help them break the world record for the largest game of ‘Duck, Duck, Gray Duck’ ever at Canterbury Park last weekend.

The event was held alongside the Made in Minnesota festival at Canterbury but was moved inside due to the inclimate weather. Over 100 people did show, which Greenway and company said was enough for the record to be broken. Peep the video below!

Keep an eye on GrayDuckVodka.com for more fun events, give aways and merchandise or follow them on social media!

You can also find a store near you that carries Gray Duck by clicking HERE! Gray Duck is available in Minnesota, North and South Dakota and Iowa! Quack!