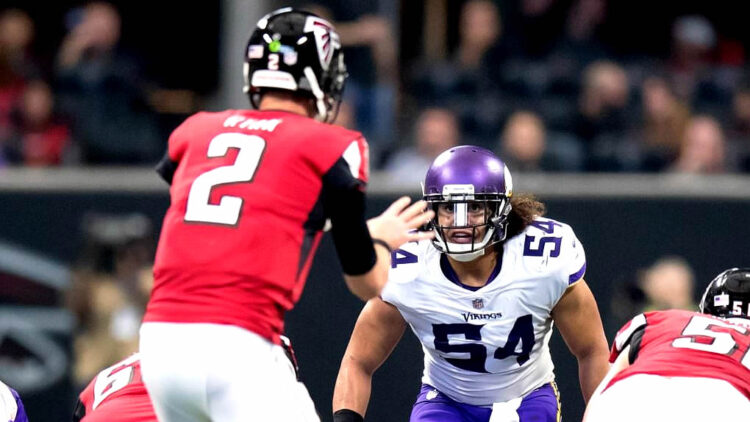 There was a big game played in downtown Minneapolis on Sunday, and we aren’t talking about the Minnesota Twins and Cleveland Indians at Target Field. On the other side of the city, the Minnesota Vikings hosted the Atlanta Falcons in their opening game of the 2019 at U.S. Bank Stadium, and it was a heavyweight battle for two teams with postseason aspirations.

The Vikings got out to a great start to the season with a blocked kicked by Eric Wilson on the Falcons’ first punt and they never look back. They built a 21-0 halftime lead on the way to a 28-12 victory and great tone setter for the season. The offense was balanced, and the defense (aside from offsides penalties that really ticked off head coach Mike Zimmer) was lights out.

The Vikings move to 1-0 on the very young season and go on the road to Green Bay next week to take on the 1-0 Packers, who have a with new defense, head coach, healthy quarterback and some momentum after a 10-3 win Chicago on Thursday night. The early season schedule is tough (with another road game against the defending NFC North champs Chicago Bears in game four), but the win over the Falcons was a huge step in the right direction.

Kirk Cousins experienced, perhaps, his easiest afternoon as Viking. We knew the Vikings were going to run the ball (and they did 38 times), but we didn’t think Cousins would only pass the ball 10 times for 98 yards and a touchdown pass. But that did translate into a 140.8 quarterback rating. He did break a sweat running the back—six times for a four yards and a touchdown. Not your usual line for Cousins, but Vikings fans will take it every time.

Run the ball, said Zimmer—last year, this year and whenever anyone asked him. And they did just that with Dalvin Cook, who carried the rock 21 times for 111 yards and two touchdowns. He did catch a couple passes for nine yards, but he ruled the day with his feet, much to the joy of his head coach, fans and fantasy football team managers. The holes were there, and Cook looked great pushing through them and plowing over defenders in the second level today. It is also worth mentioning that his backup Alexander Mattison carried the ball nine times for 49 yards—all great signs for the offense going forward.

The Vikings defense dominated the Falcons. Atlanta scored two touchdowns in garbage time but the Vikings defense made life hell for Falcons quarterback Matt Ryan all afternoon, sacking him four times and hitting him seven times. There were four offsides penalties (three of them gave Atlanta a first down, and some of that can be stacked up to aggressiveness and emotion in the home opener.) But the defense shut down a very good offensive team (we think) and played like a team that is familiar playing together

Defensively I thought we played very well all day until late in the game,” Zimmer told KFAN radio. “We did a nice job on Julio [Jones] but we had way too many penalties on defense and we’ve got to fix that [see below]. We got to get back to work.”

The Vikings special teams went though a lot of changes in the offseason (new coordinator, new returners), and it appears they have a new attitude as well. New coordinator Marwan Maalouf’s charges started the game with a blocked punt that set up the Vikings’ first score. We haven’t seen a blocked punt around here for a while, and it charged up the home crowd and their favorite team playing in front of them. The special teams had showed some mediocre punt coverage (including a kick catch interference penalty), but nothing that hurt the team. Kicker Dan Bailey made all four of his extra points (while to attempting no field goals) and created no drama for Zim, while new punter Britton Colquitt punted five times with an average of 47.2 yards. All is good on ST this week.

Offensive line blocking is improved (if you don’t count Riley Reiff’s block in the back). They opened holes for the offense, which put 172 yards up on the ground. The pass protection wasn’t quite as good (Cousins was sacked once and hit a couple times that were concerning for a moment), but that might have more to do with the fact that they only threw the ball 10 times. Zimmer wanted more balance on offense, but this bad performance by the Falcons threw it out of whack in the direction of the running game. Well, at least that will make Zimmer smile.

As noted, there wasn’t much passing to speak of, but wide receiver Adam Thielen grabbed the lion’s share of it with three catches for 43 yards and a touchdown. He caught all three of his targets, and Stefon Diggs caught both of his for 37 yards. Look for this part of the offense to step up next week at Lambeau Field.

Any talk of Jayron Kearse over Anthony Harris. What a day for the strong safety with two interceptions and a fumble recovery! Kearse got plenty of time in the game in the slot with Mackenzie Alexander out, but Harris is now rock solid next to Harrison Smith in the deep secondary.

“Anthony is a very smart player, very heady, understanding what we’re trying to get done, and it was nice to see today,” Zimmer said.

Penalties late in the game. There was plenty of garbage time in this one and things started to get a little chippy, but there were too many hands to the face penalties for the Vikings defense that will be a focal point for Zimmer in the locker room.

Cousins sneaking the ball. We don’t need that dude hurt (and I need the yards for Cook.)