Eagles at Vikings Preview: Time to Bring the Noise 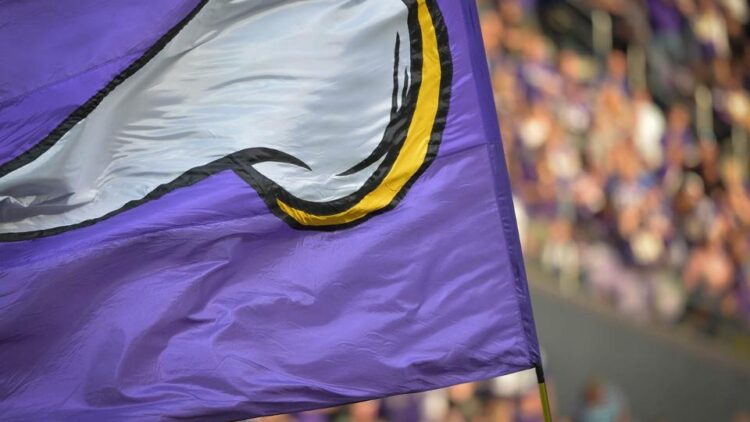 The Vikings’ 2019 schedule has been fairly nice thus far for the team (despite the disappointing 3-2 start). The opening game was a perceived tough game that turned out a lot easier, followed by a tough road game (they should have won). Next, home for a “cupcake” and then another tough road game where they got beat badly. Easy-tough, easy tough—not a bad way to ease into the season. Well, s— is about to get real this week with the Philadelphia Eagles coming to town.

Over the next five weeks, the Vikings have four tough games surrounding an easy bridge game against Washington. We are about to find out just what this 2019 Vikings team is made of.

As we all know, it is a week-to-week league (things change constantly and so does our perception of them), and the players all avow to take it one week at a time—so we must, as well. One game at a time has to be the approach against a 3-2 Eagles team that has seemed to get stronger as the season has progressed.

After two consecutive losses (to the Atlanta Falcons and Detroit Lions) the Eagles righted their ship by delivering the Green Bay Packers their only loss of the season and dismantling the New York Jets 31-6. The Eagles are flying, as their fans like to say, and the Vikings had better be ready to knock them out of the sky on Sunday at U.S. Bank Stadium Head coach Mike Zimmer knows what’s coming:

“[We’re] starting preparations for the Eagles, a very good football team. We’re going to have to have the fans and the crowd really cranked up for this one. [The Eagles] do a lot of checks at the line, no huddle, so it should be a really good game.”

The Eagles got back on the national radar with a stifling defensive performance against the Jets by recording 10 sacks in the game (after recording only three in the season prior to that game). That has to be concerning to one particular quarterback who has been slightly skittish behind his remade offensive line. Kirk Cousins, who rebounded after some sub-par outings to play very well against the New York Giants last week, might want to bring some of the “edge” he brought to that performance. He said on his weekly radio show that he plays better “when I have an edge to me,” and he was asked about that by the Star Tribune.

“I don’t know the answer,” Cousins said. “Sometimes when I get frustrated and ticked off, there’s a little more fire there. It can also get you in trouble if you’re not careful, but I think within reason it can help you. . . . You play this position and things happen inside the building and outside the building that motivate you. You find motivation anywhere you can, really.”

The Vikings will need the edgy Cousins on Sunday (rather than the submissive Cousins, who apologized to one of his wide receivers and then proceeded to connect with Adam Thielen seven times for 130 yards and two touchdowns). The Eagles are susceptible to the pass (ranked 27th in the league, giving up 271.2 yards per game)—and they are a little banged up in the secondary—but that might have more to do with how good they are against the run (ranked 1st in the NFL with just 63.0 yards surrendered per game).

“They’re very aggressive up front,” Zimmer said. “[Brandon] Graham and [Fletcher] Cox, they’re very physical guys on our right side. They do a nice job with [Malcolm] Jenkins, who gets in the box a lot and makes a lot of plays. They’re running a couple different coverages now, but they’re mixing up the fronts a little bit more than they have in the past. They’ve got a few more line stunts that they’ve been doing.”

You might see plenty of the rollouts, screens, moving pocket and play action that we saw from the Vikings last week to mitigate the aggressiveness of the Eagles defensive front.

So, then, what do the Eagles have on the offensive side of the ball? Well, a healthy Carson Wentz, for one thing. He is ranked sixth in the league in QBR (64.8) and with 10 touchdown passes, is only two off the league lead. The question in the passing game is who will Wentz be throwing in a given week, as his stable of very capable receivers is often hurt. Alshon Jeffery leads the way, plus Nelson Agholor and DeSean Jackson, who is working to come back from an injured abdomen. And if that is not enough, there is always tight end Zach Ertz. Whomever is on the field will be a concern to Zimmer’s defense.

“They really change a lot from week to week, so it’s hard to get a good nab on them,” Zimmer said. “They got really good players. [Zach] Ertz is a great player, I think the quarterback feels really good about his opportunities with him. Then they got 17 [Alshon Jeffery] on the outside, who is a tough matchup all the time. DeSean Jackson, they got good backs that can catch the ball out of the backfield. Sometimes they’ll get in two tight end personnel and use [Dallas] Goedert in there. It’s a lot of weapons. [Nelson Agholor], he’s a good player.”

The Philly running game consists of an old Purple nemesis, former Chicago Bears bruiser Jordan Howard. Howard came to the Eagles via free agency and has been rising in the Philly depth chart ever since. Howard has quietly risen in the rushing ranks (T-6 with four touchdowns) and looks very good in silver and green.

“He’s very physical, he’s got really good feet,” Zimmer said. “He runs with his pads forward, so you make contact with him on second and eight and it ends up being second and four. So we’re going to have to do a great job tackling him, being in the right place, and getting extra hats on the ball. He’s a physical, physical runner.”

Playing physical will be important for the Vikings defense and will be a key to a potential victory. Last week, they blitzed the Giants rookie quarterback early and often and it set the tone for a dominant performance. Wentz won’t be so easily confused or flustered. He knows how to get out of a play that is breaking down and is difficult to bring down when he is on the run. So, discipline and physicality from the Z-fense are required to tilt this one in favor of the Purple.

And Vikings fans still haven’t forgotten the 38-7 beatdown in the 2017 NFC Championship game (nor are they over the treatment by Philly fans of the Vikings fans with the courage to enter that environment). Expect a loud and boisterous partisan crowd in Minneapolis. The Vikings quarterback’s golf partner President Trump will have left town by then, but locals will still have plenty of holler left in their throats. So, as Zim wants, let’s hear it!