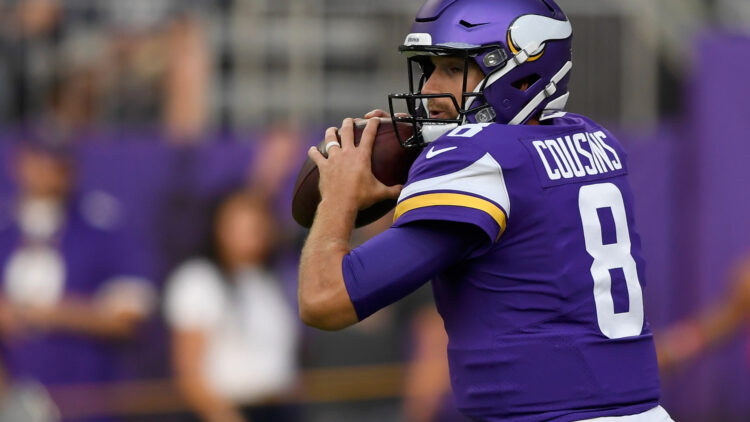 The Vikings hosted the Philadelphia Eagles on the field where the Eagles last won the Super Bowl title a couple seasons ago, and they turned things on their end for Eagles fans with a 38-20 pounding by the fired up Purple-Helmeted Warriors. The Vikings and quarterback Kirk Cousins dominated the visitors for much of the game, beating a team with a winning record—that is no small thing given their recent difficulty in doing so.

The game was a full-team win against a decent opponent (although the Eagles were hurting in the secondary), and it was the first step in a two-game swing in which we thought we would learn a lot about this Vikings team. What we know is that when the Vikings offense is balanced and productive (and going with which method is hotter in that game), the defense will the hold the opposition and the special teams will contribute to the win. The offense did more than their share on Sunday, putting up the most points of the season.

The win moves the Vikings to 4-2 and have (although it may be temporary) moved off the basement in the NFC North. The Vikings opponent for next week (they travel to Detroit), the Lions, are taking on the Packers in Lambeau on Monday, so there could be more movement. Regardless, the road doesn’t get any easier for the Purple in this tough part of their schedule.

Kirk Cousins, who seems each week to have a new, slightly unique quote (i.e. “I’m a .500 quarterback,” Sorry for not getting you the ball,” “I play better when I have an edge to me,”), should have something interesting to say this week after a game in which threw four touchdown passes—a career high for the Vikings signal caller. Cousins played very well, connecting on 22 of 29 passes for 333 yards, for four touchdown passes and one interception (that was not his fault) for a rating 138.4. The four TD passes set a career mark for Cousins, who put together another solid performance against a defensive line. There was some talk this week from the Eagles defense that took Cousins to task, and Kirk appeared to respond with one of the better performances of his career. So, who is going to set him off next week. All we can say is, “We like that! We really like that!”

“I am always looking for a way to be motivated, chip on your shoulder type of thing,” Cousins told KFAN radio. “Sometimes you have to manufacture it, sometimes people give it to you, but it’s good to have an edge and that’s when I am playing at my best when I am intense and a fiery competitor.”

The Vikings’ passing game has been the missing ingredient of the team this season, but they showed up on Sunday versus the Eagles. Cousins spread the ball around the offense, hitting seven different receivers—including three passes to tight end Kyle Rudolph, two to Irv Smith, Jr., two to Dalvin Cook and another to Bisi Johnson—even one to Laquon Treadwell with a toe-tapping grab on the sidelines. But the biggest recipients today were the wide receivers, and Adam Thielen had a very good afternoon. Thielen caught six passes for 57 yards and the team’s first touchdown. That is all good and great, but that is exactly what should have happened, as the Eagles were employing a secondary that included a lot of seconds, thirds and worse. It was a great showing for the previously dormant passing game, but had we not seen this, we would have been greatly concerned.

Stefon Diggs had the biggest day, however. He caught seven passes for 167 yards and set a career high with three touchdown receptions. In fact, he created the most offense by a Vikings receiver since the days of Randy Moss in his heyday (thanks to research from purplePTSD writer Roger Dier). He was the first Vikings receiver to have two 50-plus yard scores in a game since Randy did it.

Diggs famously crabbed about the Vikings’ offense a couple weeks ago, was fined and then found himself with on the short end of the passing stats last week in a nice win against the Giants. But Diggs, thanks to the great game by Cousins, and Diggs’ ability to make hay against the depleted Eagles secondary, he had a career day. It appears that Diggs was right when he contends the passing game can be better (they get open, they just need the ball), but he has to show it again next week against a better secondary.

The Vikings defense played a great first half against quarterback Carson Wentz and the Eagles, but the opposition never knuckled under even though they were down by 21 points in the second quarter. The defense fell asleep on the Eagles’ first touchdown and gave up another touchdown right away in the second half, but for the rest of the game, played lights out against Philly. Their stats weren’t monstrous, but they did turnover the Eagles three times, including a great pick by Mackensie Alexander and a fumble recovery by Anthony Barr. The Vikings defense play great at U.S. Bank Stadium and they put together another great performance in the win.

The Vikings makeshift offensive line with right Josh Kline out and left tackle Riley Rieff leaving with an injury, played another great game and this time against a formidable front. The Eagles came in the game holding offenses to 63 yards per game, and the Vikings stuck with their running game to the tune of 122 yards, with 63 of them going to Alexander Mattison in a nice performance for the rookie and 41 to Dalvin Cook, who scored a touchdown to salt the win away. The line kept the pocket clean for Cousins, who was only sacked once and hit four times. Cousins getting out on the edge and making plays out there helped, as well. The performance also came against a very tough defensive line.

“Those guys are stout. We knew what we had to do today; we had to bring our toughness and bring our physicality,” left guard Pat Elflein told KFAN radio. “When all 11 guys on offense can do that, things are going to happen.”

The Vikings special teams came to play as well. On the week that Dan Bailey was named special teams player of the week in the NFL, the unit followed it up with more excellent play. Bailey made a 39 yard field goal and hit all five of his extra points—which contributed to the score. The rest of the special teamers were solid also. They thwarted a fake punt right before the half, and had good coverage (and a great tackle by Mike Boone) on a punt when we the Vikings were in danger of losing field position. All in all, another contributory performance from the special teams, which only seem to be getting better each game this season.

Early challenges (you only have two). Zimmer challenged a spot on the first drive of the game. It was early in a game that was a very important contest coming in and slated to be very tight. It was the right challenge (after a bad spot) down on the five yard line and led to the Vikings’ first score. It is aggressive to use the challenge that early and for a spot, but it was an important challenge and the right move. It was early, but sometimes you have to go for it.Good on ya, Zim.

Can’t get out of here without mentioning the drop by Diggs that resulted in an interception to Andrew Sendejo!! Diggs has complained this season about (in not so many words) not getting the ball. Well, nobody is perfect. And despite your three touchdown day, neither are you. The Vikings were staying aggressive near the end of the first half by passing the ball inside two minutes and trying to extend their lead. The drop (the first of two in the game), which would have been a first down, turned into a turnover (and included the double downer of it going to Sendejo) and then a pick by Everson Griffen on a fake punt (the defense saved Diggs’ bacon). So, we can move on from the earlier season angst, Stefon? It’s truly a team sport.

The Vikings played so week, we don’t have a third item for this section—and that’s a good thing. The Vikings beat a decent team at home on Sunday and now look to take that on the road. Let’s hope the wins are not soon ending.