Free Agency Turns Hot: The Vikings Are Here To Win 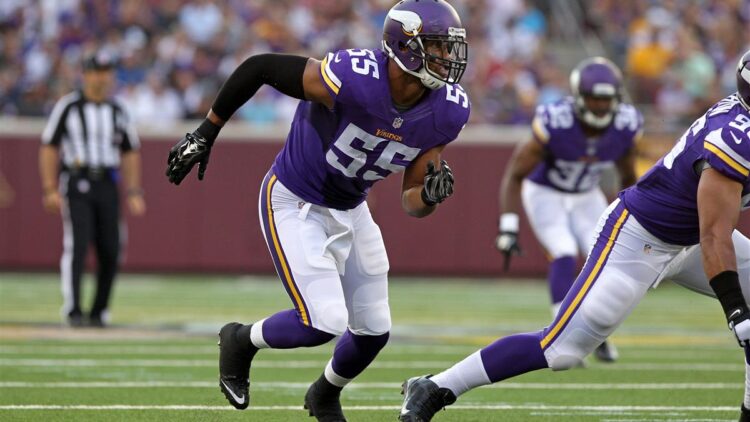 After a boring opening to the NFL Free Agency period, the Minnesota Vikings made headlines on Tuesday morning. Linebacker Anthony Barr, who had previously agreed to a deal with the New York Jets, had second thoughts. He will be re-joining Mike Zimmer and the Minnesota Vikings on a 5-year deal worth an average of $13.5 million per year, a substantial pay cut from the rumored $15 million per year deal from the Jets.

If this sounds familiar, it’s because a similar situation arose just last year. Following his contract expiration in Washington, quarterback Kirk Cousins was courted by many teams, including the Denver Broncos, Arizona Cardinals, Minnesota Vikings, and New York Jets. The biggest reported contract offer came from the Jets – a three year $90 million deal, fully guaranteed. Instead, Cousins signed with the Vikings, at a price of $84 million. Just like Cousins, Barr is forfeiting millions of dollars to play for the Minnesota Vikings.

Actions speak louder than words. For all the talk in media circles about Minnesota’s place in the hierarchy of the NFL, players are making it clear that they consider the Vikings to be at the top. These players are in essence betting on the team. They want the opportunity to win, and Mike Zimmer’s Vikings give them that chance. With the Vikings reportedly getting the money from a potential restructure of Everson Griffen’s contract, Zimmer could be planning to use Barr more as a pass rusher. Among off ball linebackers, he ranked first in pass rushing productivity last year. Certainly, this expanded role on the defense would be warranted by Barr. At 6’ 5’’ and weighing 247 pounds, he also has the physical frame to utilize his pass rushing abilities.

It hasn’t been that long since Minnesota was on the short end of that same stick. During the 2017 offseason, the Vikings offered a multi-year deal to free agent wide receiver Alshon Jeffery. Instead, Jeffery chose to sign with the Philadelphia Eagles on a one-year deal. In effect, Jeffery was sacrificing money and long-term job security in order to bet on himself, figuring he would be valued more on a winning team. From the outside world, the idea that Philadelphia was a better place to win games seemed ridiculous. The previous year the Vikings had to overcome a quarterback crisis following an injury to Teddy Bridgewater but finished with an elite defense and an 8-8 record. Meanwhile, the Eagles had finished 7-9, last place in their division, with a quarterback who threw only 16 touchdowns to 14 interceptions. But, Jeffery bet on himself – and the Eagles.

As it turns out, NFL Players have a better sense of where the league is trending than media reporters. In 2017, The Philadelphia Eagles were the best team in football, posting a 13-3 record and hoisting a Lombardi Trophy come February. Jeffery made the right move betting on the Eagles in 2017. Linebacker Anthony Barr is now betting on himself and, along with teammate Kirk Cousins, the Minnesota Vikings in 2019 and the future. Unlike Jeffery’s one year deal to maximize his own value, Barr is locked in for the next five years. He isn’t looking to get a payday, he’s purely looking to win. According to his own actions, Minnesota gives him the best opportunity to do just that.

This article was originally posted on PurplePTSD.com, where the author Conner Wickland frequently posts. Join him there!