One Big Game Down, Another Coming Up for the Vikings 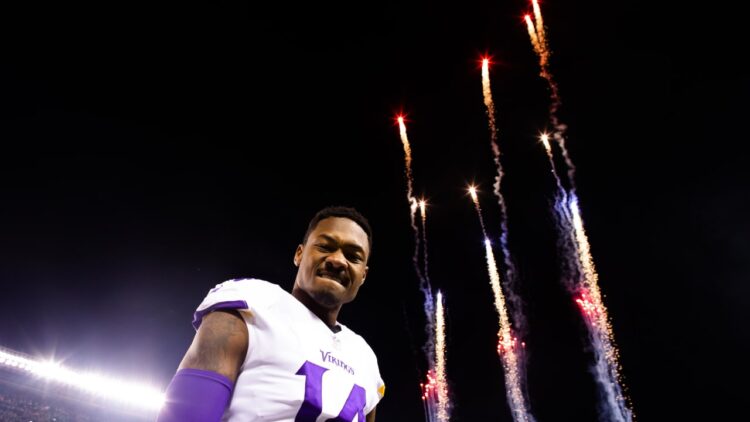 The Minnesota Vikings’ most recent matchup with the New York Giants was an unexpectedly crucial game. Why was it so important, and how will the Vikings win their next big game against the Philadelphia Eagles?

Leading up to the game against the Giants, Vikings fans were caught up in all sorts of media drama. What got lost in the shuffle was the fact that Mike Zimmer was facing his former offensive coordinator: Pat Shurmur.

Based on their struggles the past few years, the Giants wouldn’t present much of a challenge for the Vikings. But, if there’s anyone in the NFL who would know Zim’s system and present a challenge, it would be New York’s new coach, Shurmur. Back in 2017, Shurmur saw the inner workings of the Vikings defense every day. He also proved more than capable of running an offense, as he managed a 14-win season with both a backup quarterback and running back leading the way. Shurmur knows his stuff, but he couldn’t best Zimmer on Sunday.

Coming off a disappointing loss in the Windy City, the Vikings looked like a different team in the Big Apple. Minnesota’s rushing attack racked up 211 yards on the ground. Dalvin Cook dominated, and he wasn’t the only playmaker on offense. Adam Thielen helped Kirk Cousins get the aerial attack back on track, as the pair gashed the Giants for 130 yards.

On defense, Zimmer’s reputation of a defensive mastermind was on full display as he kept Shurmur guessing. Zimmer’s defense smothered New York quarterback Daniel Jones, limiting the rookie and his team to 10 points on the day. Four sacks and one interception prevented Jones and his offense from ever getting off the ground.

It was great to see Zim leave New York victorious. Now, he and the Vikings will return to Minnesota to face another familiar foe: the Philadelphia Eagles. If they weren’t already, the Eagles have been a rival ever since ending Minnesota’s 2017 miracle season. The Vikings bounced back with a win against them last year, and now they have a chance to ground the birds again.

To defeat Philadelphia, Zimmer will have to call a good game and employ the defense we saw on Sunday. He’ll definitely lean on Dalvin Cook, but Philadelphia’s top-ranked rushing defense could cause problems. With that in mind, Zim will need Cousins to come out swinging, and more importantly, spread the ball around. Cousins did a good job of that against the Giants, finding six different receivers throughout the game. Against the Eagles, expect Kirk to utilize Adam Thielen again, but also be hitting Diggs much more often. If this all comes together, the Vikings should get Zim another crucial win.