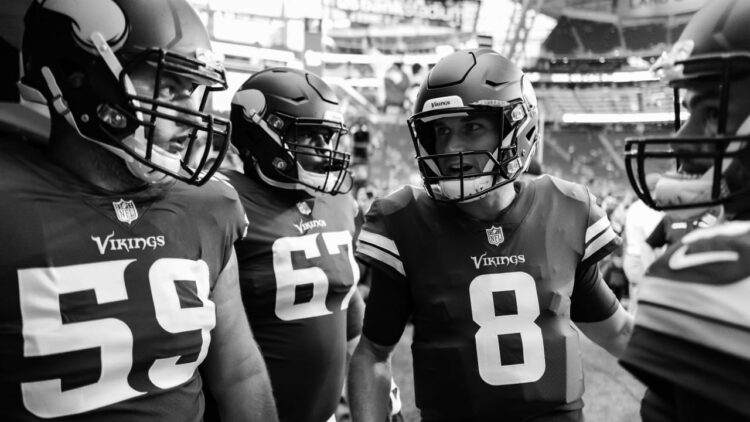 For a couple of weeks there, panic was back on top for fans of the Purple. The Vikings laid an absolute egg at home against Buffalo and the vaunted defense they built the team around gave up 38 points the following week to the Los Angeles Mountain Sheep. Sprinkle in a few missed field goals and you have yourself a recipe for that hearty, stick-to-your-ribs style panic.

A win in Philly has seemed to calm the masses and quell the concerns of Vikings fans. Enter Panic Report. We are here to make sure you don’t forget how bad things can go and it’s good to be back.

Riley Reiff has been ruled out for Sunday’s game against Arizona, which means rookie Brian O’Neill will be starting. There is reason to believe another shuffling of this group is not a good thing. Rushing offense has been a struggle so far this season and it is hard to believe it will get much better if the Vikings are going to be throwing a different lineup out there every week. However, the line does not have to be great, they just can’t be awful and they have shown that they are capable of that this season. Credit where it is due: Kirk Cousins and John Defilippo have been using quick passes help alleviate some of the protection issues and it seems to be working.

Hard to believe we are putting a Mike Zimmer defense on this list but with Andrew Sendejo out, George Iloka making his first start and the inevitable Xavier Rhodes “shaken up and on the bench during a touchdown” play, there is a lot to be worried about. Mike Hughes is going to be great but he is still very young and very much a liability… much like Mackenzie Alexander and Jayron Kearse, who will also be seeing a lot of snaps. The Buffalo game should remind us that no team should be taken lightly and although the Cardinals are starting a rookie QB, they are still capable of putting up points against this secondary.

This offense is capable of winning a game without a good rushing attack but if they want to be able to put teams away and string together long, time-consuming, drives they have to be able to run the football. Dalvin Cook is going to give it a go on Sunday but he will be limited if he does play. That puts a lot of pressure on Latavius Murray and a couple undrafted rookies to be productive and that could be an issue.