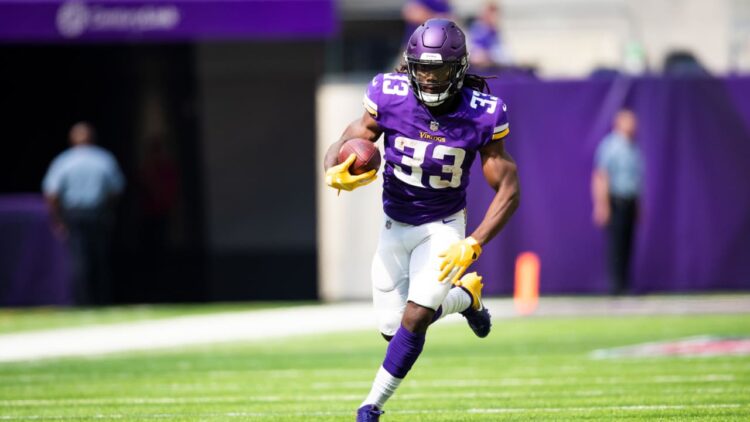 The Vikings on Friday released the final injury report before Sunday’s Week 6 matchup with the Arizona Cardinals. A few players, including a couple starters, were ruled out while another Minnesota starter is expected to be a game-time decision.

The good news for the Vikings is that running back Dalvin Cook (hamstring) could appear in his fourth game of the season. Cook was limited at practice Friday after being listed as a full participant on Thursday. In three starts he has 98 rushing yards on 36 carries, an average of 2.7 yards per carry. Cook also has nine receptions for 107 yards. He will likely test out his hamstring pregame before making a decision on whether or not to play.

Starting left tackle Riley Reiff, who left last week’s game at Philadelphia with a foot injury, is listed as out for Sunday’s game against the Cardinals. Reiff started the first five games of the season. In his absence, Rashod Hill will move over from the right side to start in Reiff’s place while rookie Brian O’Neill will make his first career start at right tackle.

Safety Andrew Sendejo (groin) will miss his first game of the season. He did not practice this week. Sendejo is currently second on the team with 27 tackles, five less than leader Eric Kendricks. It remains to be seen whether George Iloka or Jayron Kearse will start in place of Sendejo at strong safety.

With Everson Griffen (non-injury related) and Tashawn Bower (ankle) also being ruled out, the Vikings will roll with two active defensive ends for the second straight week. Danielle Hunter and Stephen Weatherly will start with Jalyn Holmes and Anthony Barr likely seeing some snaps on the edge.