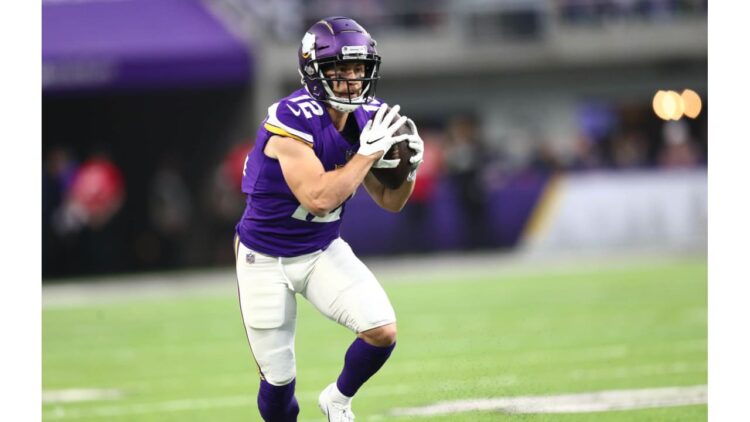 The Minnesota Vikings and Green Bay Packers face off Sunday night at U.S. Bank Stadium. On Friday, the final injury reports of the week were released. Key players on each team are expected to miss Sunday night’s game. For the Vikings, four players were ruled out. Meanwhile, the Packers ruled out two starters with several others listed as questionable.

Anthony Barr will return to the field after missing the last three games. Eric Wilson subbed for Barr while he was out. Vikings head coach Mike Zimmer is looking forward to getting Barr back for the divisional showdown.

“It helps a lot,” said Zimmer. “I mean, Eric Wilson did a nice job when he was in there but there’s just more things we can do with Anthony that allow us to be a little more versatile.”

Wilson could still see a few snaps in base defense with Ben Gedeon in the concussion protocol. Gedeon will not play on Sunday. Kentrell Brothers and rookie linebacker Devante Downs may also see some added playing time.

Wide receiver Chad Beebe (hamstring) will miss his first game of the season. According to Chris Tomasson of the Saint Paul Pioneer Press, Beebe suffered the injury in practice on Wednesday and could miss multiple games with the ailment. Tomasson suggested the Vikings could place Beebe on IR if the issue lingers.

Hearing #Vikings WR Chad Beebe could miss multiple games with hamstring injury suffered in practice Wednesday. Wondering if Vikings might consider IR on him if feel injury could linger. If immediate roster spot sought, would seem TE Cole Hikutini could be candidate but we'll see.

In the meantime the team will roll with wide receivers Adam Thielen, Stefon Diggs, Laquon Treadwell, Aldrick Robinson and Brandon Zylstra. Rookie Jeff Badet is on the practice squad if needed.

The Vikings will also be without tight end David Morgan for the second straight game. Morgan is an above-average blocker whose services were clearly missed last Sunday against the Bears. Rookie tight end Tyler Conklin, who replaced Morgan last game, will fill in again.

“He’s done well,” Zimmer said of Conklin. “I think he’s got a very good future as he continues to move forward. He’s a good athlete. He’s tough. Catches the ball well. So I think the more playing time he gets he’ll continue to improve.”

Safety Andrew Sendejo (groin) will miss his sixth consecutive game. Anthony Harris, who had two interceptions against the Bears last week, will make his fourth straight start at safety in Sendejo’s place.

Starting left guard Tom Compton, who took himself out of last Sunday’s game in the third quarter, was not given an injury designation and is expected to play. Other players who appeared on the injury report during the week that are expected to play include Everson Griffen, Danny Isidora, Mike Remmers, Xavier Rhodes, Adam Thielen and Stephen Weatherly.

Green Bay ruled out two players on Friday but come Sunday they could be without several more. Safety Raven Greene was listed as doubtful and seven players in total were listed as questionable. Quarterback Aaron Rodgers was removed from the injury report after being a full participant in practice all week. The following is a full look at the Packers injury report:

Out of the seven Packers listed as questionable, Brice, Cobb, Graham and King are starters while Breeland is the team’s No. 1 kick returner.