Vikings at Eagles Preview—Stow the Woe, It’s Time to Go 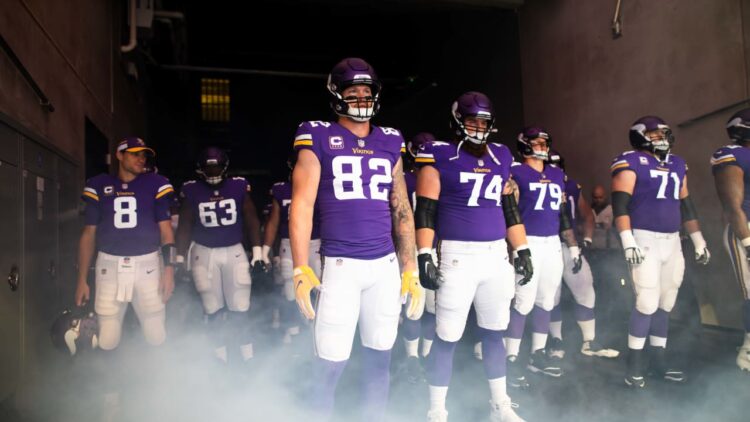 The Vikings return to Philadelphia to face the defending NFL champion Eagles on Sunday, and, under normal situations, that fact alone would make this game rife with story lines. A rematch of the NFC title game, payback of a one-sided embarrassment for the Vikings, Minnesota offensive coordinator John DeFilippo was with the Eagles last season, etc., etc. But the biggest story line is that these two teams have only three wins between them after four weeks, and the Vikings, in particular, are seen to be reeling. But Vikings head coach Mike Zimmer says it is too early for such drastic thoughts.

Well, that’s true, and it may offer a modicum of hope for hapless Vikings fans, but there are some issues with the team that need to be addressed. And Nick Olson puts it quite plainly in the open paragraph of a recent article:

The Vikings defense has some problems; there is no denying it. And those problems go further than the loss of defensive end Everson Griffen, who is out indefinitely with some mental health issues. The secondary has struggled, when last season it was a strength. The linebackers have often looked mismatched and overmatched in coverage. And the defensive line has seen some great push from Sheldon Richardson but won’t be able to replace the Griffen productivity.

“It’s good. They’re giving up 63 yards a game,” Zimmer said. “They’ve given up some runs, but they get a lot of negative runs. That helps them, and it gets the offense off schedule. But it’s aggressive. Sometimes they’ll be in a nine-technique with their defensive end, sometimes they’ll move him down and jump inside. They’re going to give you some different looks off of that, but they’re aggressive, especially in the core.”

The Vikings passing offense, under the direction of quarterback Kirk Cousins, has been a bit more proficient this season. Cousins is the third leading passer in terms of yards per game this season (347), and tied for sixth in touchdown passes with 10. He is no Patrick Mahomes (with 14 touchdown passes), but he has been this offense’s saving grave thus far in 2018.

Where Cousins does come up short is in the fumbling department, where he is tied for second with four fumbles and first in losing three of them. Cousins has a history of fumbling, and the three this season have come at bad times for the team. But fumbling for a quarterback is not always just a product of him being careless with the football, and Cousins explained that on Wednesday.

“Coach [Kevin] Stefanski had a good line when we were watching film the other day: ‘Not all fumbles are created equal,’” Cousins said. “The key is to go back and look at the ones that have happened and say: What could I do differently? And what can I do differently? The coaching points will always be the same, keep two hands on the football, and when you feel like you’re going to be taken down, make sure you secure it.

“I focus on the [fumbles] that I can control, that are correctable. That’s not all of them. I think any time I didn’t have two hands on the ball, any time I’m running with it and it’s loose like the one against the Bills that was punched out from behind, that’s the one I think I have to be better, my elbow has to be tighter, the ball has to be secure. But when you’re in the act of throwing, trying to see down field, I think that’s a different fumble than when you’re running and it’s loose.

“You can’t give up on plays or get your eyes down on the rush just to avoid fumbles, you still have to be a quarterback. You still have to take your drop, try to step up, try to make plays, try to be a playmaker and at times when you do that, you’re going to risk the occasional fumble. You have to trust protection. You can’t drop back expecting protection to be loose or you’re never going to be able to play.”

A long-winded response, but it is an accurate one. Cousins describes the situation very well (and seemingly not defensively), and, in my opinion, it is very different than a matter of him carrying the ball like a “loaf of bread,” something former Vikings running back Adrian Peterson was accused of back in the day. A quarterback still has to make plays with the ball when he is moving around the pocket—there are plenty of things to consider. More focus on security could possibly lead to making less plays down the field, and Cousins has been very good at that this season.

Unfortunately, no explanation can assuage the impact of a fumble in a tight game, and the Eagles have a good defense. But they have only one fumble recovered this season, which (like the Vikings defense) is tied for last, as the Eagles defensive front has focused on stopping the run and has not put a lot of pressure on opposing quarterbacks. As a result, expect the Vikings to have another week in which their running backs struggle and their passing game thrives (there are some injuries in the Philly secondary that Cousins may be able to exploit).

The Vikings don’t have any real injury excuses on defense (save for Griffen), so they are just going to have to play better than they have. It’s primarily the same personnel, the same defense and the same architect, but a nearly opposite result—the Vikings rank 21st in yards allowed (381.5 per game) and 22nd in points allowed (27.5 per game). So they need to figure it out, and quickly.

Carson Wentz returns as the Eagles signal caller and, after a slow first game, found his stride in his second game (348 yards passing and two touchdowns). Before his injury last season he was under consideration for a league MVP, and he is starting to move well following season-ending knee surgery. The Vikings defense must not take anything for granted when it comes to Wentz.

In order for  the Vikings to beat Wentz and the Eagles on Sunday, they will have to play much better than the last time they met. The defense will have to play their best this season, and the Cousins will have to protect the football and continue to make plays downfield. All that should happen. And even though Zim says it is not a good time for predictors, we will anyway. No woe here.