Vikes at Pats Preview—Corralling the GOAT 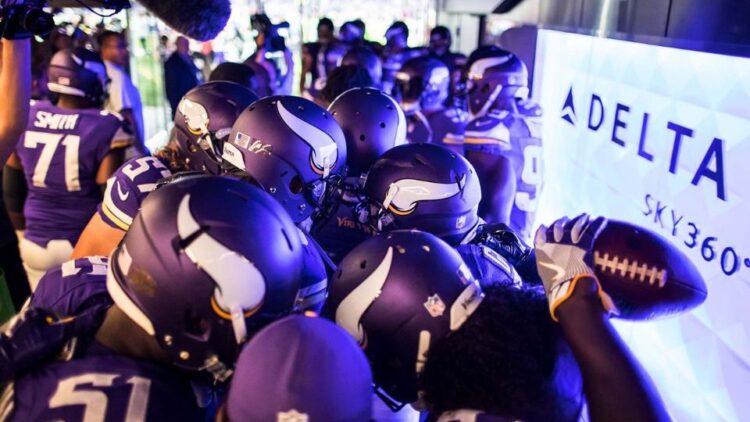 The Vikings owe the New England Patriots. In the 12 meetings all-time (whether as the New England or Boston Patriots), the Vikings are 4-8. And in the last four games, the Pats have won them all. There is no time like the present to buck this trend.

“I don’t know about that,” Vikings running back Dalvin Cook said when asked if there is a New England Patriots “mystique” that has been built over the past two decades. “We’re not going to get caught up in that whole scenario. We’re only going to get caught up in us playing good football. That’s what we’ve got to focus on. Everybody can go into the whole thing of New England this [or New England that]. You know, we respect Tom [Brady], we respect the Patriots, we respect everything they got going, but it’s more about us at this point, about how we’re playing football. About just the little things that we’re doing. So, we’ve just got to go in and focus on us.”

That’s good. Eyes wide open, and not intimated by the GOAT and his legendary coach. It shouldn’t matter that head coach Bill Belichick and Brady have five Super Bowl titles, since those games have no bearing on this one. The Pats are 8-3 this season with losses to the Lions, Jags and Titans—not exactly world beaters. The GOAT is slightly hampered by a knee injury and actually has looked his age of late, but that doesn’t mean he still isn’t receiving any accolades.

“I remember when we were going in Cincinnati, I’m watching him pregame,” Vikings head coach Mike Zimmer said. “He was just throwing these darts, and I’m like, ‘Oh my gosh, we’re in trouble today.’ But his accuracy, I think he sees so many things now, with the experience. I don’t know that he’s changed all that much. I don’t remember when I was with Dallas. But I think like [what] Belichick said about [Aaron] Rodgers: ‘I’m glad he’s not in our division.’”

The two teams don’t play each other that often, but everyone knows about the Patriots. They played in the Vikings’ U.S. Bank Stadium last February in the Super Bowl. And until the dynasty is over, it must be reckoned with—and it is not over yet this season. That has a lot to do with Belichick.

“He really tries to make you win left-handed,” Zimmer said of Belichick. “He’s going to try to take your best players away all the time. He’s going to try to exploit your weaknesses the best he possibly can. He does a great job in everything, as well. I have a lot of respect for him and the fact that his teams are extremely disciplined. They don’t beat themselves.

The Patriots defense is actually little worse than it was last season, experiencing the loss of the team’s defensive coordinator Matt Patricia, who took over head coaching duties in Detroit. In 2017, the defense gave up 366.0 yards per game (which was ranked 29th), compared to this season where they have given 377.5 yards per game (although it is ranked 22nd).  In points allowed, the Pats were fifth last season, giving up 18.5 per game. This year, the Patricia-less outfit is currently giving up 22.6 points per game, which is ranked 11, right behind the Vikings defense at 22.4 per game. Some of New England’s success has to do with a defensive front that puts pressure on the quarterback (which has had an effect on their betting chances, as well, which if you’ve followed that aspect of fandom since Sports Betting was made legal earlier this year! If you’re interested, click here to use a Borgata Bonus Code).

“They’re like third in the league in quarterback pressures and knockdowns, and things like that, but they have not been getting a lot of sacks,” Zimmer said. “But as I’ve said many times, sacks aren’t the most important thing, it’s trying to get pressure on the quarterback. They are blitzing a little bit more this year than I’ve seen them in the past. I think that’s kind of based on some of their skill sets as well.”

That may be good news for the Vikings, as their quarterback Kirk Cousins is one of the better signal callers in the league at handling pressure. But then sometimes the pressure gets to Cousins, who has 15 turnovers this season. Cousins is aware there might be pressure coming on Sunday afternoon and offers the following recipe on handling it:

“I’m not going to tell you anything you don’t already know,” Cousins said about handling pressure. “Keeping your eyes downfield. Feeling the rush; not seeing the rush. Throw with accuracy. Making sure you still step into a throw as best you can. When you can’t step into it, still be able to bring your hips and your shoulders. Having a scheme that allows guys to get open and separate where I can trust them and throw with anticipation. I think all that makes a difference if you are under duress and can’t step in and have a perfect pocket in all your throws.”

The Patriots are a little tougher against the run than they are against the pass, giving up 107.7 yards rushing (ranked 14th) while giving up 296.7 yards passing (ranked 25th). The Vikings will need to get Cook and Company going despite that fact and give Cousins an opportunity to look the field over. Last week, they got him out of the pocket a bit and it worked to some success.

On defense, the Vikings will have to find someone to match up with tight end Rob Gronkowski. Despite Gronk’s off-and-on injury woes this season, he returned last week to make a difference in New England’s game with a long, early touchdown reception. Whoever gets coverage duties on him in the Vikings secondary (which could be short-handed with the injury to Xavier Rhodes—who was seen with a slight limp in the locker room on Wednesday) will have their hands full.

Then again, the Pats defense has a new concern at the tight end position, themselves. Kyle Rudolph wasn’t coming back from injury, but instead was returning from a dearth of targets and opportunities this season to become the motor that drove the Vikings offense in the first half of the Green Bay Packers game last Sunday night. He put seven catches for 63 yards on tape for Belichick to mull over.

The Vikings need great games from Rudy, Cook, and the rest of the receivers, and a defense that is able to smack the GOAT as if he were eating from their garbage can. It will take 60 minutes, few mistakes and no turnovers (just like last weekend) to beat the Pats in Foxborough, where they are historically tough (and undefeated this year). The Vikes last played there in 2010 and lost 28-18. But only Everson Griffen was around for that one, and he doesn’t remember a lot about it. The memory of it with this team has been virtually been erased—which will be good enough to help the Vikings turn the tables.