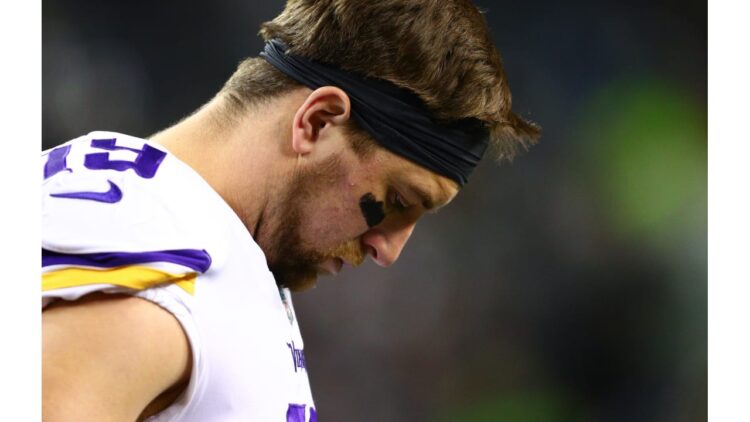 The Minnesota Vikings went into Seattle with their season in the balance, but a lack of offensive firepower did them in. The hung in the game for most of the four quarters, but they were outplayed throughout. The score ended in a dispiriting 21-7 loss and now they must look forward with plenty questions and doubts about making it to the playoffs.

The Vikings could do literally nothing on offense in the first half and then had a series of unfortunate occurrences in the second half that ultimately derailed their chances. The late garbage-time touchdown did nothing other than to prevent headlines such as, “Scoreless in Seattle.” The defense, however, played great football and kept one of the better NFL offenses in check for most of the game. But, once again, a one-sided attack won’t get the job done.

The Vikings fall to 6-6-1 on the season, still in second place in the NFC North Division, but with no chance to win it. They do hold onto their tenuous playoff hopes, maintaining the sixth spot in the NFC. But they are going to have to score some points outside of garbage time in order to make the postseason.

Kirk Cousins versus Russell Wilson. In the first half, this pair of old combatants were basically who we thought they were. Cousins looked scattered, erratic, desperate, confused and dangerous to his own team (he was four of eight for 27 yards in the first half). Wilson sat back with his protection and had time to find places to throw the ball. When it wasn’t there, he split the pocket and ran for first downs (three rushes for 22 yards—ultimately running for 61 on the game). But right before half, Wilson, after running inside the two, looked poised to give his team a 10-point lead, but instead he was pressured and became Cousins, throwing a totally ill-advised Patrick Mahomes-like sidewinder right into the hands of Eric Kendricks. The Vikings dodged a bullet and escaped halftime only down 3-0.

In the second half, Cousins picked up the pace a bit and made a long completion to Stefon Diggs, who should be credited for an outstanding catch. But, in the end, Cousins had another bad game (20 of 33 for 208 yards, one touchdown pass and an 89.0 rating) and the Vikings paid for it. He is too one dimensional as a pocket passer. When he does sprint out, good things sometimes happen, but Cousins doesn’t look comfortable doing it. Wilson had the lowest passing yards of his career (72 yards), but he can still win a game with his feet. We are afraid Cousins cannot.

The Vikings defense was the star of the game for Minnesota. They stymied the Seahawks in the first half and took a 6-0 deficit into the fourth quarter. But then the damn broke in the final two minutes (following a terrible non call on a field goal attempt that could have significantly changed the Vikings fortunes), and they finally gave up a touchdown. (The other touchdown came as the result of fumble recovery that the Seahawks defense took to the house). The defense not only kept the Vikings in the game and gave them a chance to win late, they may have played their best game of the season. But this week, last week and in the postseason, they need someone to help out on the other side of the ball.

The Vikings planned to get the ball to Dalvin Cook coming into this game. Everyone was talking about it—even the head coach. They tried and were fairly successful with it  (Cook had 13 rushes for 55 yards—4.2 yards per carry—and he caught five passes for 28 yards and the Vikings only score). Still it was not enough rushes to get things moving on the ground. The Vikings appear to be waiting for the time when they could abandon the run and do what Cousins likes to do best, throw the ball deep. They still have a chance to have a balanced attack with Cook, but the line play has to improve and John DeFilippo has to commit to it.

Speaking of the offensive coordinator, the head coach Mike Zimmer called for more commitment to the running game this week and John DeFilippo agreed. They were reported looking for about 20 runs to Cook but ended up with 13. As a team, they ran the ball 21 times yet threw 31 times (and Cousins was sacked twice bring that total up higher). This is better balance than it was last week, when Cousins threw 44 times, but it is still not likely what the Vikings need to win. Things might be frosty again this week in the coaches room until Zimmer gets the offense he wants.

Adam Thielen was very quiet in the first half (zero targets), and Stefon Diggs made little more noise (he had two catches). By the end of the game, thanks mostly to garbage time, their numbers finished five catches for 70 yards for Thielen and four for 76 for Diggs. But, once again, the defense gave these two high-performing wideouts little room to work, and they either weren’t able to shake their double coverage or the Cousins couldn’t find them when they did. They have to get better at doing so, because if the Vikings aren’t willing to commit to a running game, the defensive scheme against Minnesota becomes pretty simple. Take out Diggs and Thielen and you win the game.

There were plenty of decent defensive performances to mention—Linval Joseph with 10 tackles and a sack, Holton Hill with eight tackles and passed defended, Anthony Barr with seven tackles and a sack, and Anthony Harris with nine tackles and seven solo—but it was mostly a team effort. The Vikings still has a talented enough defense to do some damage in the postseason, but, well, we have already mention the rest of sentence before.

Penalties (but then we could say that every week). The Vikings had a manageable third and four on their opening drive, a good time to set the tone for the game. But the 12th man got them, and center Pat Elflein didn’t hike the ball anywhere near the right time—five yards, blitz, sack, punt. The tone was set by the Seahawks. There were others, but you get the drift. The Vikings don’t have a good enough team to win without playing errorless football.

And speaking of penalties. Leverage. Call it when it happens—like on the punt that was blocked by Bobby Wagner jumping over the middle of the line. The refs did not call it. (Well, actually they did, and then someone picked up the flag.) It cost the Vikings fifteen yards and potentially the go-ahead score when the game was still in doubt and they had the momentum on their side. The Vikings still got outplayed, but this non-call could have changed the result. That will still sting a bit.

Those uniforms for the Seahawks. Never again. They are the color of the Mr. Yuck poison stickers, and tonight they were all over my television. It was bad enough to make it a accent color, but to go shoulders to toes? Yuck! Leave that kind of garb to the 12 dudes.