With the Super Bowl Comes Bets… On Everything 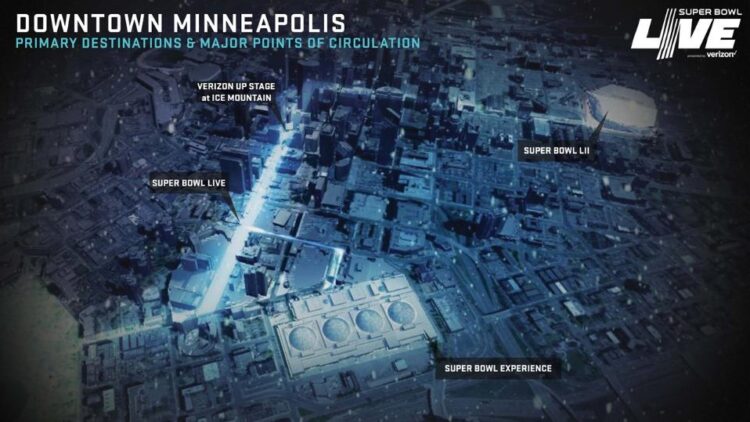 This Article is a Guest Post from Joe Johnson, owner of purplePTSD.com and VikingsTerritory.com. If you’re looking for more misanthropic content, check out our Message Board to chat with Joe and the other writers from both sites!

The Vikings sadly missed out on a place at Super Bowl LII after an unexpected NFC championship game defeat at the hands of the Eagles. It was a cruel blow for fans to take after a promising season, but most will still glue themselves to their TV screens for Sunday’s big game. More than 100 million people across the country will tune in for Super Bowl LII, taking place in our very own Minneapolis, Minnesota. The most popular sporting event in North America. The Eagles are the 4.5 point underdogs and continue to revel in their status by wearing German Shepherd masks. The Patriots are as low as -205 to win the game outright and are widely expected to get the job done, but most of the fun lies in prop betting.

More and more have been offered by sportsbooks as the big game approaches, and there are now close to 1,000 to choose from. They range from the sublime to the ridiculous. We could start at the sublime, but it is too tempting to start at the other end of the spectrum. Will there be a wardrobe malfunction this time? Last time Justin Timberlake played the half-time show he inadvertently exposed Janet Jackson’s nipple to the world by ripping off her costume. This time around you can get +1500 on there being a wardrobe malfunction when he performs, but the books specify that an intimate part of the anatomy has to be revealed. So Timberlake can make bettors a lot of money if he gets his trouser-snake out. You can also get +500 on the commentary team uttering the word “Nipplegate”, which looks interesting.

Timberlake’s shoe color is leading to a lot of speculation, with white the favorite at -125. You can get +20000 on Jackson joining him on stage, or +10000 on an NSYNC reunion, while Jay-Z is a more modest +500 to make a guest appearance. Pink is singing the national anthem this year and you can take odds of -140 that she will go over 2 minutes. That looks like a good option as the last three singers – Luke Bryan, Lady Gaga and Idina Menzel – all did by at least four seconds, and the all-time average is 2 mins 18.6 secs.

On the field of play, Brady is the heavy favorite to be named MVP once again, at odds of -130, followed by Eagles stand-in QB Nick Foles at +600 and Rob Gronkowski at +1200. If you think Gronk’s longest catch will be more than the number of points scored by Kyrie Irving when the Celtics play the Trail Blazers on Sunday, you can bet on that. Gronk is favored by half a yard. You can also speculate as to whether Alshon Jeffery makes more receptions than Stephen Curry makes three-pointers for Golden State on Saturday.

SBR will have the best super bowl prop bets, including who will be called for more penalties: the Patriots or the NHL’s Vegas Golden Knights? The Pats are -150 favorites. You can even wager on whether Brady will have more rushing attempts than the number of yellow cards when Tottenham play Liverpool in the Premiership on Sunday. There was only one booking when they last met, but this could be a more fiery affair as both teams are battling for a top-four spot.

You can bet on pretty much every outcome going, from whether Nick Foles will throw his first interception of the post-season (-120 that he will) to who will score first in the third quarter. You can even bet on whether the coin toss will result in heads or tails. Or what color Gatorade will be poured on the winning coach. But how about this one to interest Vikings fans ahead of the long off-season? Sportsbooks have released lines on who will win the NFC next year and the Vikings are +650 third favorites behind the Packers and the Eagles.