Who Will Replace Sparano as Offensive Line Coach? 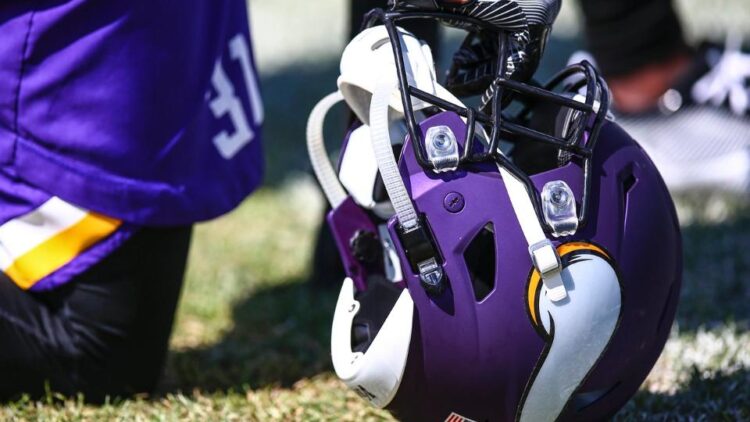 The death of Vikings offensive line coach Tony Sparano has left the team in shock and feeling “sick”, per some reports, and because of that and the proximity to the season, the team is left reeling. However, camp starts this week and there is a need to move on, especially with how important the offensive line is in general but in particular, to this team and all the question marks, they have there. So, who are they considering? Who is there to consider? Let’s take a look.

According to NFL Network’s Tom Pelissero, there was a meeting yesterday (Monday) that was set before the death of Sparano, that meeting’s initial goal was to make preparations for the start of camp as the rookies were set to report today. There was also a kickoff party planned for staff members and their families but that was canceled after the passing of Sparano, whose death was reported to be due to heart disease according to the medical examiner who did his autopsy. So, Sparano’s passing has turned this week’s schedule on its head but the fact remains that rookies are checking in today and camp as a whole starts tomorrow, so the team will have to make a decision soon as to who will replace Sparano, but there hasn’t been any word out of Eagan as to who they are considering or what they’re going to do as Sparano’s passing was so unexpected.

The clear choice would be Andrew Janocko, who is about to enter his fourth season with the Vikings and was an assistant to Sparano last season. He’s got an intimate knowledge of the offensive line and of what Sparano’s plans were for the season, as he was going to be an assistant offensive line coach this season as well (the same position he held last season). Beyond that, since joining the Vikings in 2015 he’s had various roles on the offense and thus has a good football mind and context as to where this offense was, where it is now and where it can go. Beyond that, there are rumblings that Clancy Barone, who is currently the tight ends coach for the team, Harold Goodwin (per the aforementioned Tom Pelissero) and even former Vikings head coach (and offensive line coach, as well) Mike Tice could end up helming the unit (Shout out to VikingsTerritory.com Sean Borman for this info!).

Other than that, the team would have to look externally for an offensive line coach and that’d mean that perhaps they’d put someone like Janocko fill in for the foreseeable future until someone either becomes available through firing or through the interview process if they’re looking at a few different people. However, this Vikings offensive line is still very much in flux and it requires someone with an intimate knowledge of the players, the scheme and the plans for the upcoming season in order to be successful (at least you’d think, considering the holes it has). With players like Mike Remmers perhaps moving to, or staying at guard this season, or any plans that the team might’ve had to change to more of a zone blocking team that gets it’s lineman out in the flat, proactively addressing defenders as opposed to letting them come to them, this obviously was the most important position group in terms of it’s… Importance and also in terms of its ability to make or break this seasons success. There are countless moving parts that are all still undecided and thus require someone who knew what Sparano was thinking to complete them. Janocko is thus the clear choice for the position assuming the Vikings wanted to honor Sparano’s memory by following through with what he started. That assumes that they agreed with what he was doing, if they didn’t, perhaps they’ll make a change.

Sparano was a hold-over from the previous regime(s) and with the Vikings adding John DeFilippo as their offensive coordinator this off-season, perhaps he’ll add someone else to the position that’ll bring a scheme that is more congruent with what DeFilippo is trying to bring to this offense. If this came down to a fan vote a la Arena Football, Tice would be the clear winner as while he struggled as a head coach (under the worst owner in the history of not only the team but of all sports in Minnesota), Tice was beloved as the offensive line coach and was considered to be the best at the position in the history of the team. Considering Sparano was a former head coach and that Tice is a former head coach and offensive coordinator, he could bring a lot to the coaching staff as well.

Regardless, the offensive line has been a question mark for the entirety of Sparano’s tenure and perhaps some new blood at the top could bring a different perspective and thus some new success to the most important position group on the Vikings this upcoming season. I’ve discussed my fears with the offensive line a lot this off-season (as well as on the purpleJOURNAL Podcast) and maybe continuing with that Sparano had been doing isn’t the answer after all. But that’d most likely require some new players and while there are always some veterans that end up getting released during camp, it’s far too late in the off-season/pre-season for any major changes to be made at the line, you’d think.

Either way, this is just bad news. The offensive line was already a big enough question mark without the loss of the man who was in charge of the unit. The only hope is that the players coalesce around the loss, to honor the loss of a man that was a highly respected leader not just at the position he coached but for the team in general. But, no matter how you slice it, it was a huge loss for the team and raises even more questions at a position that was in need of more answers.

Stay tuned to VikingsTerritory.com/purplePTSD.com for updates on this and everything Vikings related as we enter camp! We will have someone at camp every day, with access to every press conference or media scrum!