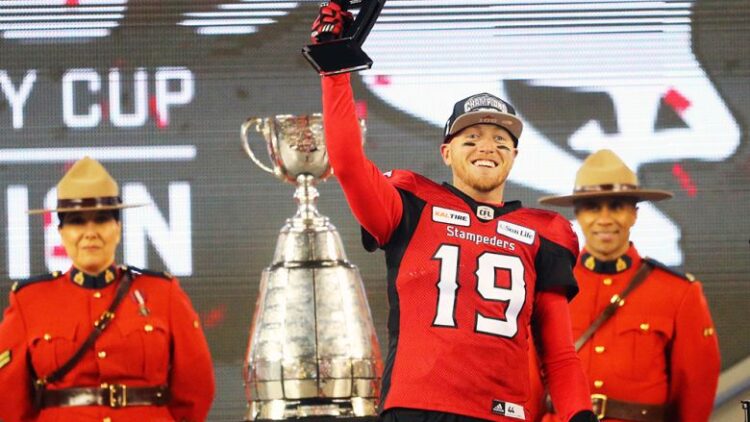 The Minnesota Vikings don’t really have an opening at quarterback at the moment, but that doesn’t mean the need won’t arise in the future. Apparently the team is already looking at options for next season.

According to the TSN, the Canadian sports network, the Vikings will work out Calgary Stampeders quarterback Bo Levi Mitchell on Wednesday.

Mitchell (6-2, 198) won the most valuable player award in the Grey Cup on Nov. 25 (aka the Super Bowl of the Canadian Football League), and was named the league’s Most Outstanding Player in 2018. It was the second time he had won each award. This season, the Stampeders signal caller went 356-of-585 (60.8%) for 5,124 passing yards with 35 touchdowns and 14 interceptions. His 35 touchdowns led the league.

The seven-year CFL veteran is considered the best player in the league. Mitchell, a Texas native who played college football at Eastern Washington, has reportedly been contacted by eleven NFL teams for future workouts.

Minnesota is his first visit. The Vikings have a history with CFL players. Wide receiver Brandon Zylstra was signed in January after leading the league in receiving in 2017 and the team brought in Duron Carter (Cris Carter’s son) for a tryout in 2013. He was not offered a contract.

While it appears the Vikings are just doing their due diligence by working out Mitchell, the CFL has produced some solid NFL quarterbacks. Warren Moon, Jeff Garcia, Joe Theismann and Doug Flutie are a few examples.

Trevor Siemian is in the last year of his deal and will be a free agent this offseason. There will likely be an opportunity for one or more quarterbacks to compete against Kyle Sloter for the backup job behind Kirk Cousins. Whether or not Mitchell will be part of the mix could hinge on his tryout tomorrow. We’ll bring you the latest once it unfolds.