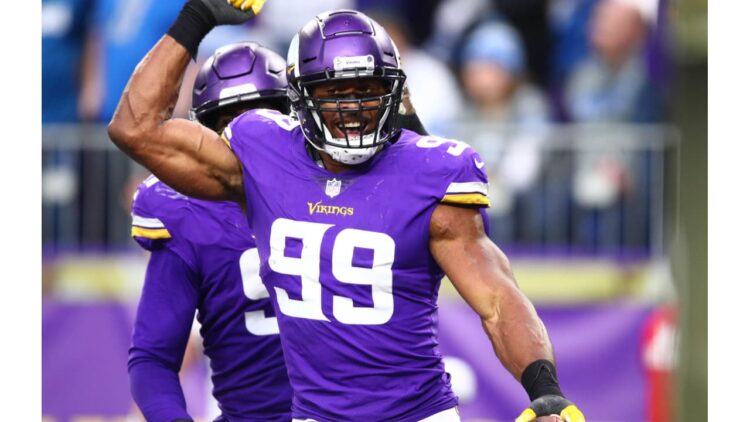 Today the Minnesota Vikings broke the all-time franchise record by recording ten sacks. It was the first time Detroit Lions quarterback Matthew Stafford had been brought down more than seven times in his career. It was a team effort by the Vikings, who had some standout individual performances.

Danielle Hunter led the way for the Vikings with 3.5 sacks. He now leads the NFL with 11.5 sacks. He also recovered a fumble and returned it for a touchdown. He’s a lock-in for defensive player of the week.

Here’s a breakdown of all ten sacks recorded by the Vikings defense:

By the way, it’s not like the Lions offensive line is bad. The unit had given up 13 sacks the entire season before today. That number is now 23.

Detroit had allowed 13 sacks on the season coming into today's game. With 10 sacks today the #Vikings have pushed that total to 23.