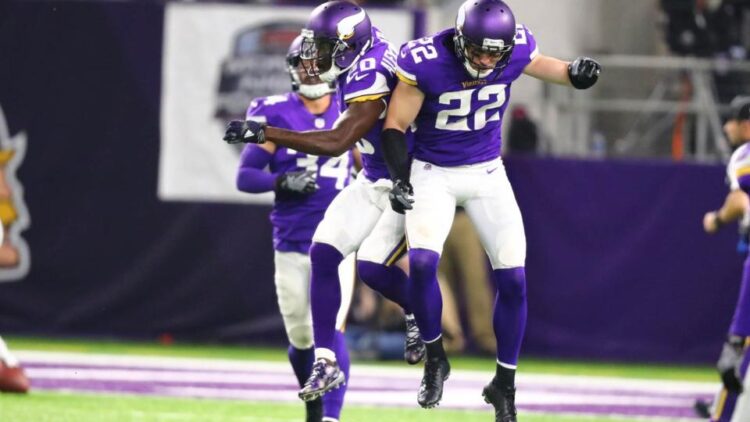 The Vikings have reeled off three straight wins and are now in sole possession of the top spot in the NFC North. Their latest conquest was a 37-17 battering of the New York Jets, and Minnesota’s stunning loss to Buffalo seems like four years ago as opposed to four weeks ago. Oh, and by the way, the Giants can have OBJ, the Falcons can keep Julio Jones, and the same goes for Houston’s DeAndre Hopkins, et al, because right now, at this moment, the Vikings have the most elite receiver in the world plying his trade in Minnesota and his name is Adam Thielen.

Until this season Thielen was the most unheralded top echelon receiver outside of the 612 but people are just now sitting up and taking notice. It’s impossible not to, as Thielen has become the first player in the Super Bowl era to register at least 100 receiving yards in each game of the first seven weeks of the season. He kept the train rolling last Sunday, with more than a little help from Kirk Cousins, when he snatched nine of 10 targets for 110 yards and one trip to the end zone against the Jets. Moreover, Thielen has now caught a touchdown in four consecutive games and the last Vikings’ player with a longer streak within a season was Randy Moss in ’04. This is the rarified air that Thielen is now breathing but without the Vikings’ brass signing Kirk Cousins and his pinpoint accuracy through rapidly shrinking windows, Thielen may have continued to be a hidden gem.

We would like to say it’s all lollipops and sunshine for the Vikings but their trainer’s room more closely resembles a MASH unit lately. Last season the defensive starters missed a grand total of three games to injuries and one to suspension (Andrew Sendejo) which carried them to an appearance in the NFC championship where they bowed to the eventual Super Bowl winning Philadelphia Eagles. But this year is different and the injury bug has bitten hard on both sides of the ball. Everson Griffin, Dalvin Cook, Linval Joseph, and Andrew Sendejo have all been sidelined with various and sundry injuries but last week the list grew to include left guard Tom Compton, linebacker Anthony Barr, and All-Pro cornerback Xavier Rhodes with a sprained ankle. How long these key players will be on the shelf is uncertain but the season is not even halfway over and depth will most certainly play a role in Minnesota’s future success or lack thereof.

A quick check over to Sportsbook Review and we see that one of the industry’s most trusted and reliable online sportsbooks, Bookmaker , is dealing the Vikings as one-point home favorites in their Sunday night showdown with New Orleans. This is a rematch of the divisional round from last season’s playoffs when Stefon Diggs caught a Case Keenum Hail Mary and glided 61 yards into the endzone with time expired for what became known as the Minneapolis Miracle. That 29-24 victory propelled Minnesota into the conference title tilt with the Eagles. It wouldn’t be out of the realm of possibility to believe that the Saints have circled this date on their calendar and look to exact a bit of revenge on Sunday night in primetime.

However, for those who are inclined to back their opinions with good, old, hard currency it should be known that Minnesota has covered the number a whopping 14 of their last 19 games at home and are 11-1 ATS in their last 12 home games vs. a team with a winning road record. This has all the markings of a marquee matchup and if you do decide to put your money where your mouth is, then get on over to Bookmaker where you can sweat the game but never the payout.