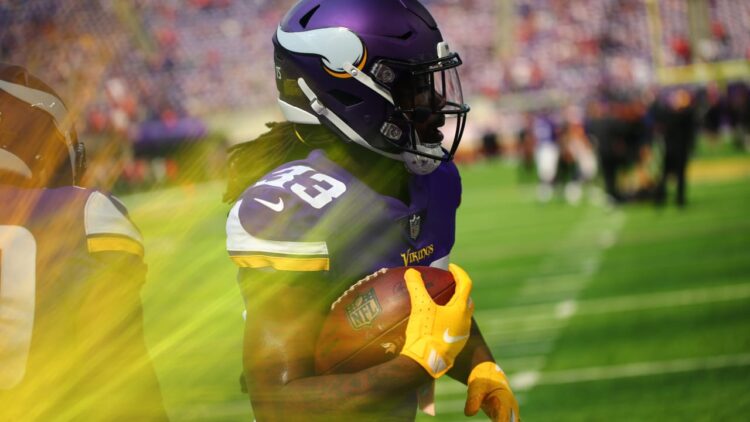 Here’s a quick look at the inactive players announced for tonight’s Week 4 matchup between the Minnesota Vikings (1-1-1) and Los Angeles Rams (3-0).

Courtney Cronin of ESPN reported Vikings running back Dalvin Cook is active and will play tonight. Since Cook is dealing with a hamstring injury, he’ll likely be on a “pitch count” with Latavius Murray getting a healthy dose of snaps. In addition to Cook and Murray, Roc Thomas, Mike Boone and C.J. Ham are also dressing meaning all five Vikings running backs will be in pads. Starting left tackle Riley Reiff is also active and will play this evening.

Dalvin Cook and Marcus Peters are ACTIVE for TNF.

The Vikings inactives include:

According to Steve Wyche of the NFL Network, Rams cornerback Marcus Peters will be active tonight. This is a bit of a surprise considering Peters sustained a calf injury on Sunday. He was expected to miss a couple of weeks. Instead, he’ll play tonight.

Rams CB Marcus Peters (calf) will be active, according to a team source. Huge change after sustaining injury Sunday

The Rams inactives include:

Take a look at the each team’s full injury report here.