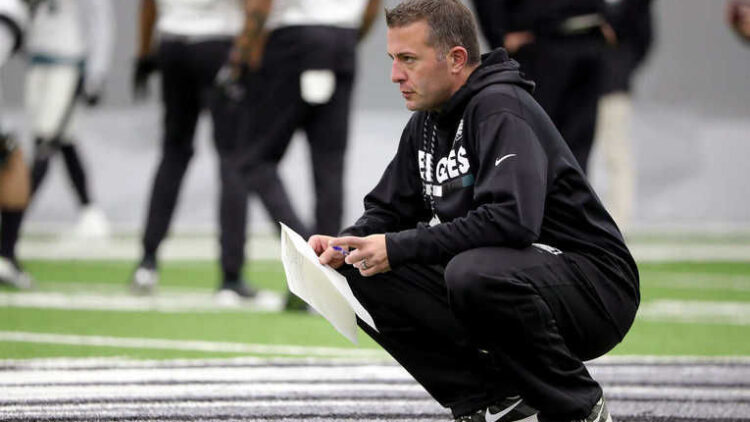 Every Tuesday morning Joe Oberle and I do our live morning show, “Morning Joes,” and on this week’s episode, we discussed the increasing push by fans/writers for the Vikings to fire first-year offensive coordinator John DeFilippo. I mentioned during our live chat during Monday Night’s game that if the Vikings didn’t get things together (after a slow start on offense) that the push would turn into a tidal wave. Apparently, that ended up being the case, as it was announced this morning that the Vikings were firing DeFilippo after only 13 games as their offensive coordinator.

This move was as necessary as it was huge, as the Vikings, who are playing for their post-season lives, have averaged only 12.8 points over the last four games. They also only put up 17 points total in their past two games.

Think about that for a second: this offense–with its shiny new quarterback, a pass-catching tight end who had 37 touchdowns before the season started (in seven seasons), the best wide receiver duo in the NFL in Stefon Diggs and Adam Thielen, as well as a second-year running back that looks even more explosive this year than he did in the first four games of last season (before his season-ending injury)–was scoreless after three-quarters last night (against a Seattle defense that has allowed a decent amount of points this season) and would’ve remained shutout if not for a garbage time score.

Something had to change and that something was DeFilippo. It’s a stunning fall from grace, especially as he was mentioned as the rumored front-runner in the competition for the Green Bay Packers’ next head coach, and that’s something that every Vikings fan I’ve encountered since that story broke has said: “Yes, Please!”

I’m sure DeFilippo will get another gig somewhere as he’s too young and supposedly too talented to not get another shot (especially as he could and probably will blame this season on Zimmer, who has had another offensive coordinator–Norv Turner–leave mid-season).

DeFilippo will be replaced by Kevin Stefanski, who ironically started his NFL career with the Philadelphia Eagles (as an “Operations intern”), the same team that the Vikings snagged DeFilippo from. The word is that Eagles fans want DeFilippo back and that very well could happen, as there’s got to be no way that he lands a head coaching gig next season.

Speculation holds that Stefanski was Zimmer’s guy in the first place, but Zimmer was overruled by the higher-ups who felt that the Vikings needed to learn and steal from the Eagles team that decimated them in last year’s NFC Championship. Stefanski is the longest-tenured member of the Vikings coaching staff and was most recently the quarterback’s coach. He did amazing things with Case Keenum and Sam Bradford, namely in being a part of simplifying the offense (especially for Keenum) to focus on the strengths that those QB’s had. Considering the fact that head coach Mike Zimmer actually called Kirk Cousins at home a few Monday’s ago to ask if the offense was too complicated (or had “too much volume”), perhaps a more simply approach will be the key to fixing this broken Vikings offense.

Even if it doesn’t, the Vikings needed to change something, and it’s encouraging to see that they didn’t wait until the end of the season to do so. They are still a half-a-game ahead of the other potential wild card teams and this could be the spark the Vikings offense and namely Cousins needed to right the ship.

The aforementioned offensive roster shows that the Vikings do have a plethora of playmakers on their squad and, in my opinion, instead of trying to be clever, all they really have to do is run some neo-base stuff to allow their playmakers to simply make plays.

We’ll see if it works next week, but for now people in Vikingsland have a reason to at least be a tad bit excited–which is something I never would’ve expected after last night killed the last bit of hope that the Vikings could/would/should make a run this season.