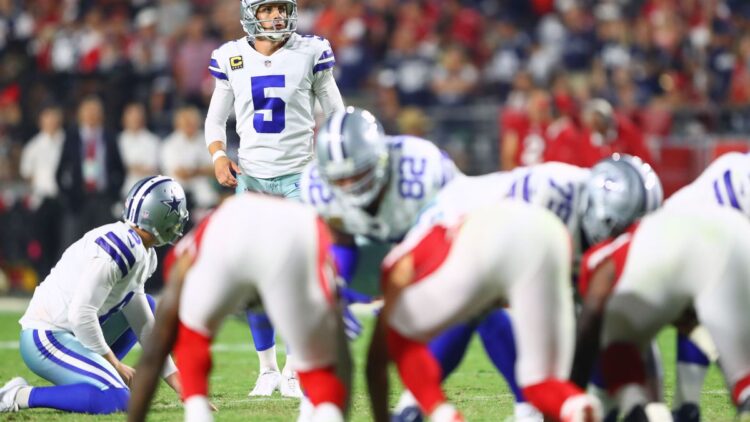 As a lifelong Vikings fan, I’ve come to realize that you have to look for silver linings during dark times, because that’s really all we’ve had in the fifty plus years of this teams existence. Now, it might be a stretch to call yesterday’s game a “dark time”, as outside of the special teams (and Treadwell stuff) and defense giving up all those points… Let me restart this. You have to look at the Packers game this way. Kirk Cousins had one of the best comebacks in team history and outside of Treadwell’s inability to play the game of football, Cousins did fully utilize all of the players at his disposal like some sort of zen chef with a swiss army knife. I was concerned that it’d take a few weeks for Cousins and company to get on the same page and because of that, and how rough their early season schedule was, they’d end up digging a hole they might not be able to get out of. With Carlson gone now and Treadwell soon to be benched, you have to think that this team will be a lot better off than they would’ve been had they kept Carlson and allowed him to risk everything with a short field-goal in the playoffs. But I’m getting ahead of myself. Beyond those fears, my biggest fear with the Vikings bringing in Daniel Carlson was that he’d choke during a game that REALLY mattered (not to say that Sunday’s game didn’t matter, it did, but it could’ve been worse) and end the Vikings season and Super Bowl hopes. Perhaps had he made that final kick the team would’ve given him more time to “figure it out”, something that clearly couldn’t happen after he didn’t make the 35-yarder (or 48 and/or 49 yarders). That’s not going to happen now as it was announced this morning that the Vikings had cut Daniel Carlson after two regular season games after spending a fifth-round pick on him, replacing him with one of the best kickers in NFL history in Dan Bailey, who was cut by the Dallas Cowboys as they attempted to get down to their 53-man roster.

Thus ends a career that’ll live forever in infamy and as a trivia question at Vikings bars for years to come. The move was called “Very easy” by Vikings head coach Mike Zimmer, who replied “Did you see the game?” when asked if the process was difficult. Some may say that Zimmer’s comments were too callous, but this is a coach who has had his fair share of kicker problems, which makes you wonder why he signed off on bringing in the rookie kicker in the first place (especially after Kai Forbath made one of the most clutch kicks in the history of the Vikings against the Saints last year). Some people think they’ve “overthought” the position or that they got “too cute”, but had they not made this move you’d have to think that special teams coach Mike Preifer would’ve been on the hot seat as well (something that could very well still be true, after the season though).

In Bailey, the Vikings receive the second most accurate kicker in the history of the NFL (remember, silver linings)! He was released by the Cowboys during roster cuts this year after they decided to go with a kicker in Brett Maher who had never kicked during the regular season of the NFL. With a career in which he made 91.2 percent of his field goals (in indoor/domed stadiums), a career in which he’s never missed an extra point at home (in 145 tries), Bailey was reportedly sought after by a few teams including the Los Angeles Rams (and Cleveland Browns), which could explain why the Vikings were so quick to cut ties with Carlson as the team missed a chance to sign veteran kicker Robbie Gould last season and he’s gone on to break records in San Francisco (He’s made his last 28 field goals).

Hopefully this’ll be the end of the Vikings kicking woes, at least for field goals and extra points. There’s still questions at the punter position and at other positions, like the third wide receiver spot as Laquon Treadwell really shouldn’t be allowed another shot at the position or on the field. Sure, he had his first career touchdown but he had two drops against the 49ers and after a week in which he was “challenged” by the staff to step up his game he mostly failed and almost lost the game for the purple and gold, something that a third receiver never should do. Kirk Cousins was asked why he continued to feed the ball to Treadwell after he dropped, or worse, tipped the ball for an interception over and over again on Sunday and he said that he was going through his reads and if Diggs and Thielen were covered he would throw to Treadwell. That makes sense and at this point the Vikings do have players in Brandon Zylstra that have proven themselves on the professional stage (in Canada) that can come through when their number is called. The third receiver needn’t be a Josh Gordon, but someone like Jarius Wright who can come through when they’re needed, a lot like a kicker, even if that means one or two targets a week/season. So, this should be the last we hear of Treadwell, barring injuries at the position, especially considering the roster spot he took from other talented guys like Chad Beebe or even Tavarres King.

The Vikings may be close to moving on from Treadwell, as it was also reported that the Vikes had signed receiver Aldrick Robinson, a receiver that they in for a workout earlier in September. We shall see what that means for Treadwell, a player they’d most likely bench instead of cutting (unless they really need the roster spot). Stay tuned to purplePTSD.com and VikingsTerritory.com for all Vikings news/opinion content.