Saints at Vikings Game Wrap: Vikes Drop a Big One 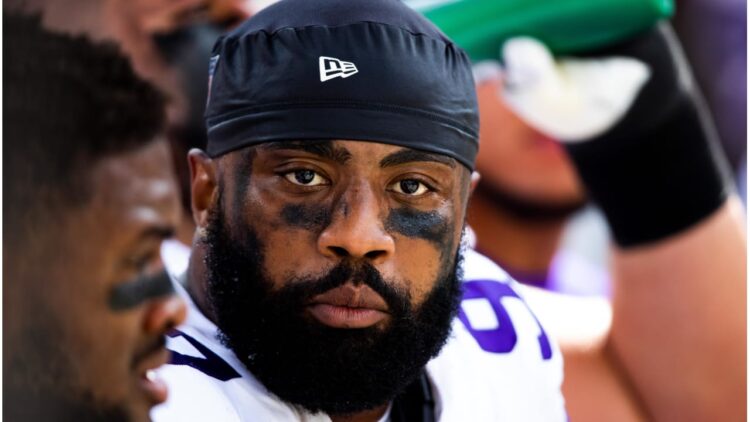 The New Orleans Saints came marching into Minneapolis determined to erase the memory of the “miracle” that occurred there last winter, and they did just that indeed. It didn’t always look in this game as though they would come out on top, but the game turned on a dramatic play and sequence—a rare Adam Thielen fumble after a rare Drew Brees interception—and the Saints went marching on to a 30-20 victory.

The game was going in the Vikings’ favor after the Harrison Smith interception late in the first half, and the Vikings offense, led by an efficient (to that point) Kirk Cousins, was moving in for a potential 10-point halftime lead, but Thielen put it on the carpet, the Saints defense scooped up the loose ball, Laquon Treadwell tacked on a terrible unsportsmanlike penalty and the Saints turned it into a four-point halftime lead—a quick 14-point swing. When Cousins threw a pick six in the third quarter the lead became 14 and the game, in the hands of one of best offenses in the league, was essentially over.

The loss drops the Vikings to 4-3-1 and out of first place in the NFC North, as the Chicago Bears moved back into the top spot with a win over the New York Jets. Next week, the Vikings host?? the Detroit Lions in only their second divisional game of the season—and they are all very big at this point.

Kirk Cousins giveth and he taketh away. On the game, Cousins put up the following stats: 31 of 41passes for 359 and two touchdown passes (a 107.7 rating) but it was the pick six that did the team in. No amount good play can mitigate those kind of turnovers in a big game like this.

The defense came limping in, missing some of their better players in Anthony Barr, Xavier Rhodes and Andrew Sendejo. They got Everson Griffen back, but it wasn’t enough to stem the turnover tide. The defense played tough against Brees for a while (he passed for just 120 yards), but when he and the Saints running backs (such as Alvin Kamara, who had a score through the air and another on the ground) can play downhill, they are hard to stop.

Adam Thielen scored another touchdown and set/tied another consecutive 100 receiving games records (he set the record for consecutive games to start a season and tied Calvin Johnson’s mark of eight consecutive 100 yard games in a season). But don’t expect him to respond to too many questions about those records this week.

Latavius Murray couldn’t find a lot of room in a very tough Saints front, but still managed 18 carries for 56 yards and a score—which was a leap and stretch at the goal line. The offense misses Dalvin Cook, but Murray has been doing yeoman’s work in his absence. Some more running room for Murray would certainly help going forward.

Stephon Diggs led all receivers with 10 catches for 119 yards and a one-yard touchdown reception. It was nice to see him in the endzone again and catching nearly all of his 11 targets. Not enough to get things done, however.

And while we are focusing on the scorers of the game, kicker Dan Bailey missed his second extra point attempt of the game (he made two others). It’s one point. It ultimately doesn’t matter when you lose by 10. But in a track meet of a game that we all knew this would be, every point is crucial, and every mistake has the potential to shift momentum. His miss wasn’t a killer, but, with how the kicking game has gone this season, every one chips away at confidence and gives doubt a chance to fester.

Late-game celebrations. When you are down in points or made a bad play earlier in the game, hold onto those, please. At least it wasn’t choreographed with multiple teammates when Thielen scored to bring the Vikings within 10 points late in the fourth quarter—it was merely a kind of half-hearted Lambeau Leap. Next time, save the celebration for the win.

Sitting on 30 seconds and two timeouts before halftime when you just gave momentum back to the opposition. When you play this Drew Brees-led team, every game is going to be a shootout and each possession is vital. It might have been a good opportunity to wrestle mo back in your favor. Perhaps they were gun shy because of the recent turnover, but it might not have been the time to get conservative.

Watching a home Vikings game at an airport/on a plane—particularly one I was supposed to be seeing in person. That won’t be happening again.