Regardless of Yesterday’s (Super Helpful) Results, Tonight is Still a Must Win 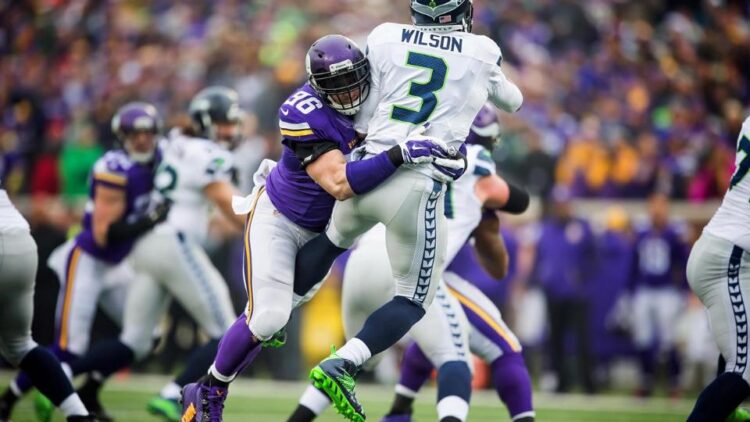 The 6-5-1 Vikings are currently the sixth seed in the NFC and are set to face the 7-5, fifth seed Seattle Seahawks tonight on Monday Night Football. People, myself included, have been calling tonight’s game a “must-win” for the Vikings for the past week, however, after yesterday’s results (with the Eagles, Panthers, and Redskins losing) the reality is that they actually don’t need to beat the Seahawks tonight to maintain their grip on the final wildcard spot. Despite that reality, this game still is about as important as a week 14 game could be, because the Seahawks are a decent to good team and also have a winning record. The Vikings have yet to beat a team with a winning record this season and while some may think that’s neither here nor there, the other reality is that if the Vikings actually want to make an actual playoff run this season they’d better start figuring things out now and to do that they really need to figure out exactly what kind of team they are.

The Seahawks are a good litmus test as, despite the loss of talent all over the field since the “Legion of Boom” days, they’ve begun to coalesce and figure things out. After starting 1-2 they’ve gone 6-3 and hung in there with a lot of good teams. They’ve also been consistent enough in their past four games to cover the spread (which is good to know now that sports betting is legal but bad to know because of tonight’s spread). According to multiple bookie sites (which you can find and start betting with this unibet bonus), the Seahawks are three-point favorites, which is surprising considering that with Russell Wilson is doing his typical mid-to-late season emergence (with 11 touchdowns and no interceptions during that stretch). Not to mention they’re also playing at home, with the so-called “12th Man” and are coming off of their biggest blowout of the season in a 43-16 shellacking of San Francisco. The ‘Hawks have faced and lost to the Bears (24-17) and the Rams, twice(33-31 and 36-1), faced and beat the Cowboys (24-13) and beat other NFC teams thought to be in the playoff race like Carolina (they won 30-27) and Green Bay (Winning 27-24).

After tonight the Vikings will have faced four of the five top seeds in the NFC themselves, having faced New Orleans, Los Angeles, Chicago and Seattle (with Dallas being the only team they haven’t and won’t face during the regular season). The Vikings were actually in every one of those first three games against the Saints, Rams, and Bears and if not for some extremely ill-timed pick-sixes from Kirk Cousins, they very well could’ve beaten those teams (and if the defense showed up, at all, against the Rams they could’ve won that game as well as Cousins and Thielen looked unstoppable). Beyond the fact that the Vikings are winless against those “good” teams there’s the previously alluded to fact that it’s really hard to say exactly what type of team the Vikings are, which is sort of a big deal this late in the season.

Last season you could say exactly who the Vikings were at this point. A dominant defense with an offense that got enough done to go 13-3 by basically only having to put up around 20 points (while the defense held teams, on average, to 15.8 points a game) while most importantly, as we’ve learned, LIMITING MISTAKES. That number has changed this season from an amazing 15.8 to a “meh” 22.5. That’s a touchdown (and extra point) more than they gave up last season, but you’d think that Cousins, Diggs, Thielen, and company should be able to put up more points than that, especially as they’ve shown flashes of being able to do just that. But the inconsistency on both sides of the ball makes it impossible to really nail down the identity of this extremely talented team and for them to all get on the same page at the same time and inconsistency this late in the season is frustrating and pretty hard to correct.

Perhaps that’s their identity, though. Perhaps they’re just an inconsistent team that can play with the “best” teams in the league but that will never actually threaten a victory because of mistakes made (Sloppy mistakes that make you scream “Really?”). There’s a myriad of reasons as to why that is the case but that’s not really the point of this piece. Instead, the point is that the Vikings need to win tonight not (solely) because of playoff positioning but because if they don’t and make the playoffs because of the futility of the rest of the NFC, there’ll be no reason to think that’d they’d actually accomplish anything other than the bonus check they get for making the playoffs and solidifying a draft pick somewhere in the 20s.

Obviously, I don’t feel very confident that they’ve suddenly figured out their issues at this point in the season but at least we will be able to find out tonight just what sort of team these Vikings are. There have been examples (The Giants in 2008) of teams that have squeaked into the playoffs as a wildcard and made a run after getting things together late in the season and that very well could still happen for the Vikings, but that has to start tonight, otherwise there’s really no reason to expect they’ll be able to compete should they make the playoffs.