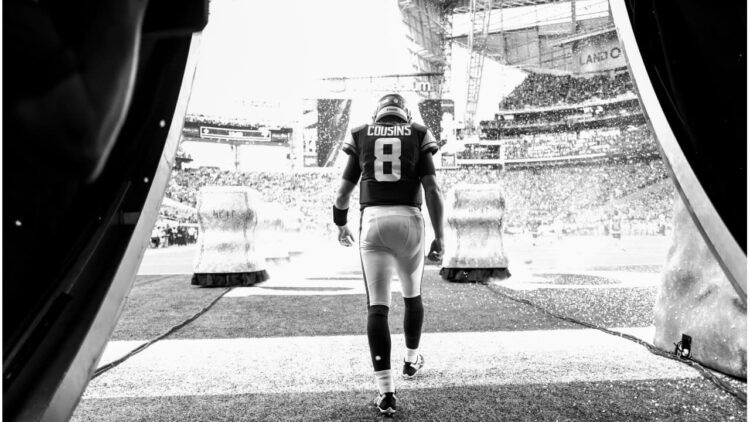 The Vikings hosted the tough Chicago Bears at U.S. Bank Stadium on Sunday with everything on the line: a playoff spot in next week’s Wild Card game. Unfortunately, the Bears defense proved too much for the Vikings moribund offense and the NFC North Division-winning Bears came away with a 24-10 win.

“[We] didn’t play good enough to win, really, and most of the areas,” head coach Mike Zimmer said. “We didn’t get a first down until midway through the second quarter. Had four 3-and-outs to start the game on offense and they had a big run. Defensively, we missed a gap. And so not good enough to win.”

The Vikings showed up but it didn’t really look like it. They simply got beat by a better team for the second time this season. The only silver lining is that they won’t have to go to Soldier Field next week to take on the Bears and produce another heartbreaking playoff loss. It is time for this team to regroup, retool and regain the excellence they achieved last season. But anyway you look at it, this is a failure of a season for a team that was one game from the Super Bowl last year.

The further bad news is that the loss allows the Philadelphia Eagles, the team that ended the Vikings season in 2017, to get back into the playoffs and try to grab more lightening in the bottle with quarterback Carson Wentz. The Eagles will travel to Chicago and take a very tough defense and good enough offense in the Bears. The Bears are good enough to do some damage in the playoffs.

Kirk Cousins did not have a game he will long want to remember. The slow start, the underwhelming stat line (20 of 33 for 132 yards and one touchdown) and the kerfuffle on the sidelines with Adam Thielen. The discussion has already begun over the player who was brought in to get the Vikings to the next level, and this season they didn’t come close to the previous level. The game, the season and the future can’t all be laid at Cousins feet, but with the quarterback position and his contract, plenty of this season’s failure will land there. Buckle up.

“Well, it is a disappointment,” Cousins said of the season. “I don’t think — it’s up for interpretation. It wasn’t what we wanted, what our fan base wanted. It’s okay to be disappointed. I think, if anything, it will sharpen us and give us an edge as we prepare for next year. And I think that’s a good thing.

“I always block [the criticism] out. I don’t go and try to read it all, because it’s not going to do me any good. So, I listen to the people I need to listen to and they coach me well, and that’s the only opinion I need to get to be the player I need to be. So, I’ll just continue the same routine I’ve always had going back now seven years in this league.”

The Vikings defense did their level best to help the home team win the game. After a bad first drive in which they were gashed by Jordan Howard runs, the defense tightened up and kept the game close. One bad penalty call (see below) led to a second touchdown for the Bears and with their tough defense the Vikings offense struggled to get back into it. The defense generally kept the Bears offense in check until they tired in the fourth quarter and gave up another backbreaking touchdown run to Jordan Howard. Ultimately, you can’t give a Mitchell Trubisky run offense 24 points—the Bears offense just isn’t that good. So, the Vikings defense certainly has some culpability in this one.

Stefon Diggs had a nice game (he was among the few). When he caught the team’s only touchdown of the game in the third quarter, it was his 100th reception of the season. He gave the team life, but they squandered it. On the game, Diggs caught eight passes for 47 yards, which also got him over the century mark for receiving yards on the season. Along with Thielen, that’s two of them eclipsing those marks. But neither of those marks (except for the bonuses they will likely receive) will salve the stain of this game and season.

“It hurts, of course,” Diggs said on missing the playoffs. “We’ve got a good team. We’ve got fighters on our team. We’ve got guys who come to work every day fighting and it’s definitely going to hurt but we can’t do [crap] about it right now.”

Punter Matt Wile helped keep field position from being a problem for the Vikings early on in the game. Three punts and three fair catches in the first quarter kept the Bears within reach. He even tacked on a 56-yarder in his third attempt. He followed that up with a 65-yarder (that yielded a negative return—tack on a penalty and you have an 82-yard turnaround). But when you are lauding how your punter is doing, it is usually not a good sign.

Thielen and Cousins had a very animated discussion on the sidelines late in the first half. It appeared Thielen was defending his route tree in one while direction while Cousins was expecting to take another direction. The animated histrionics were the main problem, since that is what everyone saw. It is a sign of an offense unraveling at just the most important time of the season. These things happen in the heat of the battle, and that is surely what we will hear from the players. But it never offers a good look when you are trying to win a game and get in the playoffs.

“Number one, it wasn’t between Kirk and I,” Thielen said. “It was a little frustration on myself for not getting open, maybe, and a little frustration with not getting opportunities. But it definitely wasn’t anything with Kirk, and it actually turned out to be a really good conversation. We talked a lot about what I could have done better, and on what we could have done in the second half to exploit their defense. It was a good conversation.”

The Vikings offensive line didn’t play their worst game of the season, but they didn’t play their best either. In any analysis of their performance, the defense they were going against must be considered—it’s a very good one. For the game, the line gave up three sacks, but the sacks did come at crucial times. They also gave up eight quarterback hits. In addition, there wasn’t a whole lot of room for Dalvin Cook and company to operate. The Vikings rushed for a total of 63 yards on the day, which was a far cry from what they were hoping for coming in.

Fast starts. Nowhere to be found—except on the opposite side of the field where Vikings fans wanted it. The Vikings’ start, with three three-and-outs, was terrible and helped put the home team in a hole to start the game. The more you give you confidence to a visiting team, the fast and greater it builds. That’s what the Vikings did in the first half of this game.

Scoreboard watching. Even though it would have been more relaxing to know ahead of time where the Vikings stood going into this game, it is more exciting (and nerve wracking) to have all the games with playoff relevance being played at the same time. Good move by the NFL to create a Sunday afternoon of anxiety.

The Bears had a couple delay of games—one on the fake-non-fake punt and another thanks to the crowd noise. But the biggest penalty call in the game was on the roughing the passer penalty in the second quarter on Stephen Weatherly. He took the two steps after the ball was out, as the rules say he can’t, but he held up and barely tapped Mitchell Trubisky. It’s one thing to protect the quarterbacks. It’s another thing to change a game completely around because the quarterback was knocked into by a player trying to avoid him.

“I thought it was real ticky tacky,” Zimmer said of the call.

(The ref gave it back in the second half as a makeup, so it seemed, and the Vikings capitalized with touchdown of their own.) But to try to legislate that in either case is completely antithetical to the game of football.

Regardless, see you next season.