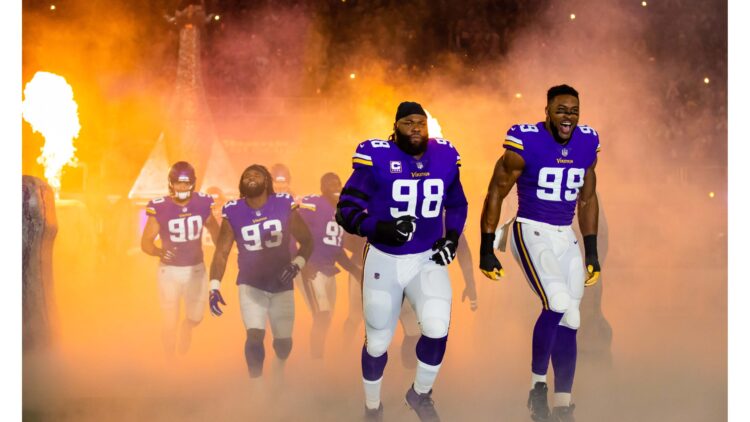 We’re past the halfway point of the 2018 NFL season, which means it’s time to start analyzing playoff scenarios. The Minnesota Vikings are right in the thick of the NFC playoff picture with seven weeks remaining.

Football games will mean just a little bit more from here on out.

The Minnesota Vikings enter a heavy stretch of their schedule this week that will ultimately decide their postseason fate in 2018. Minnesota will play four consecutive opponents, three on the road, that have a real shot at a postseason spot of their own. First, the Vikings will travel to Chicago on Sunday night for a battle with the Bears for the top spot in the NFC North.

ESPN’s Seth Walder tweeted the following graphic Monday morning, detailing the chances each NFC team winds up in each of the six playoff spots.

A few things from the graphic:

It’s not terribly difficult to see why this Sunday’s game is so important. If the Vikings can waltz into Soldier Field and win, they would grab the division lead and likely leapfrog the Bears in the NFC hierarchy.

A loss would give the Bears 1.5-game lead on the NFC North and, given Chicago’s cupcake schedule down the stretch, would create a best-case scenario in which Week 17’s Vikings-Bears contest is a winner-take-all for the NFC North.