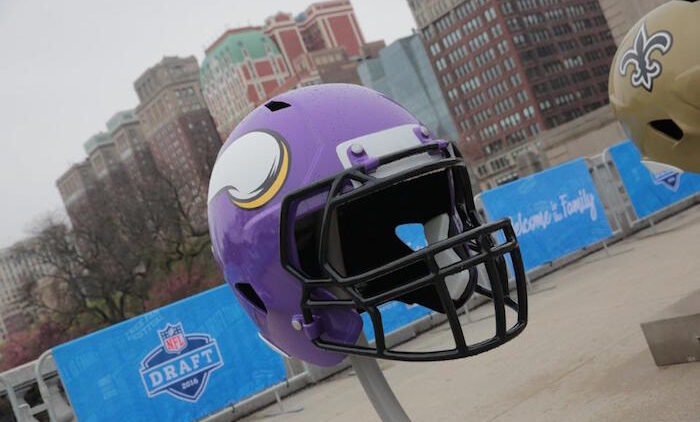 One of Rick Spielman’s 2014 third round Draft selections is set to continue his role as part of a running back committee. The other is Scott Crichton who has been released, according to reports, after three seasons with the team that featured little to nothing in the way of production.

In fairness to Crichton, defensive end has been a loaded position for the Vikings throughout his tenure, and injuries have kept him off the field too much to form any true evaluation of his talent. While the fan base often harbored high hopes for the former Oregon State player, it just never came to fruition.

The move to release Crichton comes on the heels of the organization giving veteran defensive end (and rotational weapon) Brian Robison an extension that has him under contract at a reduced rate through 2018.

In an offseason that features a number of Rick Spielman Draft picks departing for new teams and/or drawing criticism, Crichton becomes the latest notable failed selection for critics to point at.

According to ESPN, Crichton appeared in 21 games and has a career total of 10 tackles and no other meaningful statistics. The Vikings have feature players in Everson Griffen and Danielle Hunter at the defensive end position, along with Robison, and the recently signed Datone Jones coming in with high-enough expectations.

Anthony Barr and Teddy Bridgewater were the two players selected ahead of Crichton in 2014, both in the first round.

Jerick McKinnon, Antone Exum Jr., Shamar Stephen, and Jabari Price are each players still currently on the roster that were selected after Crichton. Crichton joins David Yankey, Kendeall James, and Brandon Watts as members of the 2014 class that are no longer with the team.