Signs Point to Bradford Starting in 2017 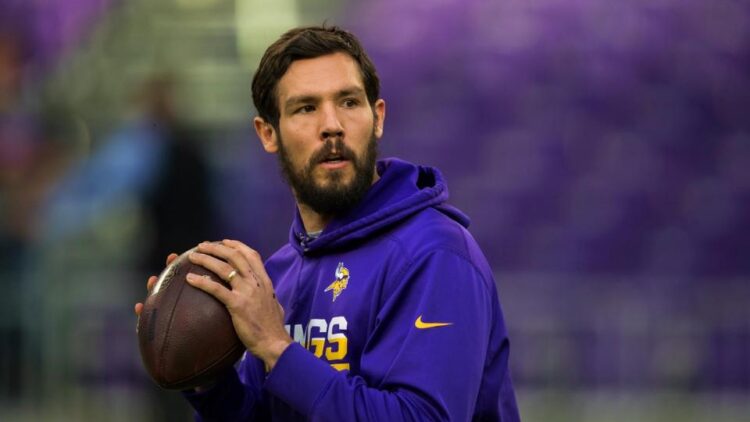 As we shift to offseason mode for the Minnesota Vikings, so begins the long and abundant period of speculation. Foremost on the minds of fans and media members is the quarterback position—namely, who will start in 2017?

Will it be Teddy Bridgewater, the team’s original quarterback who often looked like a budding star before a gruesome knee injury knocked him out for the 2016 season?

Or will it be Sam Bradford, brought in via trade to fill in in Bridgewater’s absence, who went on to throw for 3877 yards, 20 touchdowns, 5 interceptions, and an NFL-record 71.6% completion percentage?

On Tuesday, Mike Zimmer provided some clues in his year-end press conference. There were no big revelations, because a.) coaches are rarely forthcoming with that type of thing, and b.) there are still eight months until the 2017 season begins, and a lot can change in that time. But reading into Zimmer’s comments, we can safely assume that at this point, he believes Bradford will be the starter.

The question that has always weighed heavily is the health of Bridgewater’s knee. The injury was extensive, with a torn ACL, a dislocated kneecap, and other ligament damage, so we knew all along there was no guarantee he would be ready by the start of the 2017 season. Zimmer’s comments Tuesday would seem to indicate he isn’t confident Bridgewater will be healed in time:

“It’s different with everyone, actually, with this injury he’s had it’s different with everyone,” Zimmer said. “I mean they went back and had whomever has had this injury, they’ve studied it. How long it takes to come back, how long it hasn’t come back. They’re all different. There’s no exact injury where it’s all the same, like talking about an ACL, well there’s lots of those and they’re all the same.

“This one there is really no exact, some are with nerve damage, some are without nerve damage. There’s just so many variables with this particular injury. … I do know this that Teddy is a guy that will do everything possible to get back as soon as he possibly can get back and he’d be a guy I’d never bet against.”

Again, there’s nothing definitive here. But it’s telling that Zimmer never once mentioned that he expected Bridgewater to be ready for 2017, or that he’s “on track,” or “ahead of schedule,” or any of the other cliches coaches often use. He was asked numerous times about the injury, and was given ample opportunity to sell hope. He didn’t. This from a man that certainly knows as much about Bridgewater’s rehab as anyone. Zimmer knows where the knee is at, and when asked about it, he chose to essentially say “all injuries are different,” followed by a platitude about Bridgewater’s heart and work ethic. That says, to me, the knee still has a long way to go.

The other factor here—that some didn’t expect—is that Bradford played very well in 2016. His accuracy, poise, and decision making behind an awful offensive line amounted to what Zimmer called a “remarkable” season:

“I think Sam has played great this year,” Zimmer said. “I think he has earned the right to be the starting quarterback.