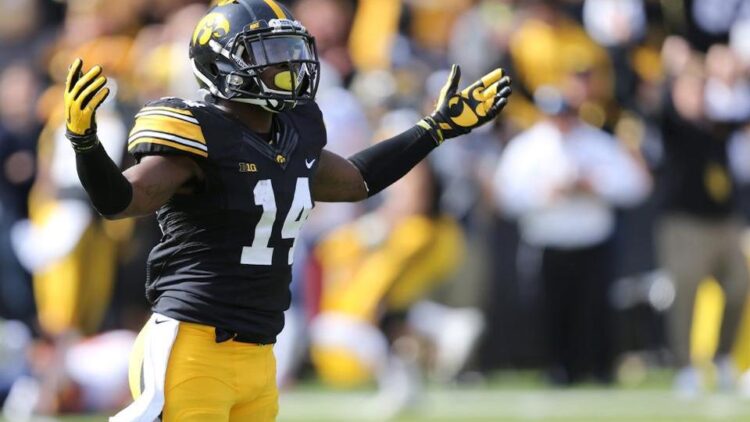 The final day of the 2017 NFL draft has arrived and with it comes the ultimate challenge for scouting departments — find the hidden gems amidst a massive pile of rubble. This isn’t an impossible task, but it has a special way of separating good teams from champions. Behind seemingly every extended run of success is a Hall of Fame quarterback and multiple quality starters acquired on Day 3 or during undrafted free agency:

This trend has a rather simple explanation: Few teams are consistently able to find impact players during Rounds 4-7, which allows organizations that accomplish this task on an annual basis to collect talent faster and easier while being able to keep championship rosters together longer by using bargain rookie contracts.

Rick Spielman is no stranger to striking gold on Day 3 or during undrafted free agency; and the Minnesota Vikings’ current wide receiver depth chart is definitive proof of this success and likely his best work to date:

There is still a copious amount of talent available entering Day 3, and, if nothing else, Spielman has the odds in his favor, as Minnesota is scheduled to make seven selections on the final day of the 2017 NFL draft:

AFC Midwest Scout (via Lance Zierlein): “You worry about the physical limitations a little bit because teams will find your weaknesses and exploit them. But he’s just so steady and productive and tough. He loves football and I think he’ll just find a way.”

Tim Yotter (via Scout.com): “He doesn’t seem to have a lot of pass-rushing moves, but he can still find ways to get penetration, using angles to his advantage. He is also good at following the action down the line.”

AFC Director of Scouting (via Lance Zierlein): “He is playing way too heavy right now, and I don’t think he’s in the shape he needs to be in. But, hey, he’s always productive and he plays in a physical conference, so that’s a plus. He can run but he’s not a great athlete. I think he’ll be a much better player if he plays around 230.”

NFC Scout (via Lance Zierlein): “Hard-nosed and smart. I like everything about him — his length, his frame, his toughness, his durability, his consistency. Ten-year starter in the league.”

NFC Director of Scouting (via Lance Zierlein): “He’s a character flag for us. He’s talented but I just don’t think he loves the game enough for me to back him in our room. Who doesn’t love those long arms? We all do, but I think he’s lazy and will head south as soon as he has more time and money on his hands.”

AFC Director of Scouting (via Lance Zierlein): “He’s going to be a good pro. Everyone wants Kelce, Olsen or Gronk but those are elite players. Butt is dependable and will make first downs. They all get better as blockers once they get up here.”

PFF Scouting Team (Pro Football Focus): “The lack of consistency and overall production against the run is something of a concern with Lawson, but his talent as a pass-rusher is impossible to deny. In the very least though, he has the talent teams are going to fall in love with as a pass-rusher.”

Notable No-Name Prospects (Vikings Territory): “Tennessee’s Jalen Reeves-Maybin is a projected Day-3 selection, but his limited game film argues him as a Day-2 prospect. The versatile linebacker prospect is a fundamental tackler with gifted coverage talent from a power conference school — so what gives?

Reeves-Maybin missed the majority of his senior campaign due to a shoulder injury and completely lacks a combine testing profile, effectively plummeting his draft stock. Threat of the unknown (or lesser-known) has a way of pushing talented athletes to Saturday selections, and Reeves-Maybin is no different.”

NFC North Scout (via Lance Zierlein): “I love the player, but he’s too small for what we are asked to look for. He falls below our minimum size requirements. But someone else is going to get a good player. I would fight for him if I could.”