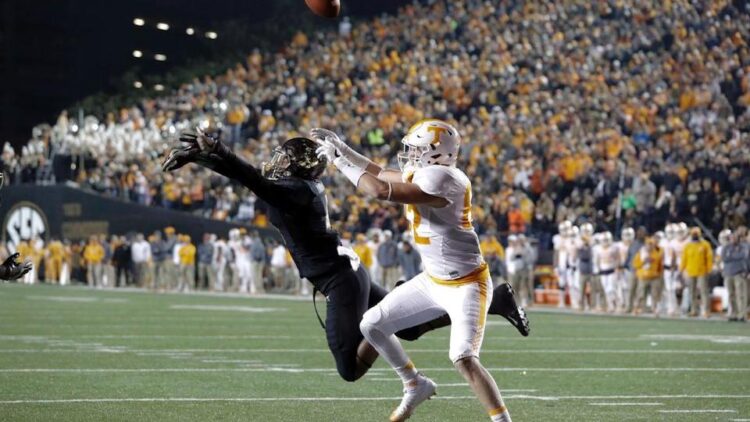 The NFL draft continued its forever-long streak of unpredictability on Thursday evening with one of the most entertaining first rounds to date. From the Chicago Bears’ questionable acquisition of North Carolina’s Mitchell Trubisky to an on-air explosion of joy courtesy of UCLA’s Takkarist McKinley, the 2017 draft is already well on its way to becoming an instant classic.

And the Minnesota Vikings haven’t even joined the festivities yet!

Minnesota made it through the first round without making a peep and now sits *just* 16 picks away from answering months of speculation as to who general manager Rick Spielman will select at 48th overall. And that’s not all — the Vikings are also scheduled to make selections at Nos. 79 and 86 overall, setting the stage for a highly eventful, absolutely critical and potentially franchise-altering Day 2 in Philadelphia.

The Vikings are not far away from contending for a Super Bowl, meaning that how Spielman performs over the next 24 hours could hypothetically be the difference between competitive and dominant. Connecting on two of their three selections on Day 2 is easier said than done, but there is still a small arsenal of top-end prospects available — Now it’s Time to Execute.

Two offensive linemen — Utah OT Garrett Bolles, Wisconsin OT Ryan Ramcyzk — were selected during Thursday’s first round and Western Kentucky’s Forrest Lamp should join them shortly. Lamp’s draft stock has consistently risen over the past three months, with a number of draft analysts ranking him as the class’s top offensive line prospect. The Western Kentucky product possesses elite upper body strength and plus athleticism while offering a versatile skill set complete with fundamental technique and a mauler mentality.

Rick Spielman has shown he is committed to completely revamping the Vikings offensive line. Minnesota upgraded its offensive tackle depth chart during free agency, leaving right guard as the only starting spot on its front-five in need of an upgrade. If Lamp is off the board — and it seems like that Green Bay will take him with the No. 33 overall pick — Vanderbilt’s Zach Cunningham should claim the top spot on the Vikings draft board.

Minnesota was torched by vertical tight ends throughout the 2016 season with Erik Swoope and the Indianapolis Colts stamping an exclamation point on the issue. Cunningham is unequivocally the best coverage linebacker the 2017 class has to offer, as he possesses the necessary size (6’3″, 234 lbs), straight-line speed (4.67 40-yard dash) and explosion (35-inch vertical; 125-inch broad) to effectively cover NFL tight ends. His versatility and play-making talent is easy to find on film and supported by a gaudy line of career statistics — 32 games; 256 combined tackles; 36 tackles for loss; 6 sacks; 6 passes defended; 7 fumble recoveries; and 6 forced fumbles.

Simply put, The Cunningham Hill is one I am willing to die on — this guy can absolutely ball.

Defensive tackle has quickly become a primary concern in Minnesota with Sharrif Floyd’s career in doubt due to injury, Tom Johnson entering his Age-33 season and question marks surrounding Datone Jones’s ability to transition back to 3-technique after four years as a 3-4 edge-rusher. Selecting Malik McDowell would instantly alleviate many of these concerns, as the Michigan State product is one of the most gifted athletes the 2017 class has to offer.

McDowell has been followed by character concerns throughout the evaluation process, but Mike Zimmer’s hard-nose coaching style could very well be the perfect antidote for an inconsistent motor.

The acquisitions of Riley Reiff and Mike Remmers during free agency were a nice start to upgrading the bookends along Minnesota’s offensive line, but the rebuild is far from over. Depth remains a significant issue at all three offensive line spots, and Remmers, while serviceable, is not exactly a blue chip lineman.

Enter Cam Robinson, a hulking offensive tackle from the Alabama football factory. The 6’6″, 322-pound Robinson is a terrific athlete with an ideal physical frame. Character concerns and inconsistency in pass protection dropped the Alabama offensive lineman out of the first round, but Robinson is an outstanding run-blocker capable of stepping in immediately at right tackle.

If the Vikings miss out on Forrest Lamp — and it appears likely that the Western Kentucky product will come off the board early during the second round — Indiana’s Dan Feeney represents an excellent backup plan. He lacks the versatility of the aforementioned Lamp, but Feeney is technically sound and consistently effective both in pass protection and as a run-blocker.

Above all, Feeney is possibly the most boring prospect in the entire 2017 class — the ultimate compliment for an offensive guard.

The most polarizing prospect of the 2017 class — Oklahoma’s Joe Mixon. Mixon’s off-field issues are well-documented, and it’s hard to imagine owner Zygi Wilf wants any part of him, but his on-field ability may prove to great to pass up. He is arguably the most talented running back in an extremely deep class of rushers, as his well-rounded skill set may best be compared to Pittsburgh Steelers superstar Le’Veon Bell.

Similar to Mixon, Florida State’s Dalvin Cook is a well-rounded and extremely talented running back prospect, but a shoulder ailment has yielded scared a number of teams away. If healthy, Cook arguably has the highest ceiling of any running back prospect in the 2017 class and his multidimensional skill set would be a breath of fresh air in Minnesota.

His injury situation reminds me a lot of Miami Dolphins running back Jay Ajayi, who fell to the fifth round due to health concerns — he certainly seems healthy now.

Harrison Smith has developed into arguably the best play-making safety in professional football. Now imagine him patrolling the backend alongside an equally versatile and supremely talented defensive back — scary thought, huh? The 2017 safety class is loaded with prospects worthy of being Smith’s running mate, and Washington’s Budda Baker is likely the best complement not named Malik Hooker or Jamaal Adams.

Baker is an authoritative tackler with great instincts and the ability to fluidly transition from deep zone coverage to stuffing the run from inside the box. His versatile skill set and play-making skills would be a treat to watch in a Mike Zimmer defense.

The 2017 running back class is absolutely loaded, and Tennessee’s Alvin Kamara is a big reason why. He doesn’t possess the durability of a Leonard Fournette or the well-rounded skill set of a Joe Mixon, but Kamara explodes through openings as if he was shot out of a cannon. Kamara’s vision is outstanding, and he is able to make quick, decisive cuts without sacrificing balance.

I debated listing a handful of prospects here before ultimately going with Ohio State’s Raekwon McMillan. His fit with the Vikings requires some critical thinking, as by no means is he an effective coverage linebacker. That said, however, McMillan is an instinctual tackler who plays to the whistle. But, in addition to his issues in coverage, the Ohio State product is too frequently washed out of plays due to technical inconsistencies and missed assignments.

Bottom line, McMillan would allow Eric Kendricks to move to the outside — a role he is potentially better equipped to play — improving Minnesota’s linebacker coverage without missing a beat in run defense. Furthermore, a trio of Kendricks, McMillan and Anthony Barr would make teams think twice about forcing Mike Zimmer to trot out his base defense.

Note: Lists are primarily made up of prospects expected to be selected during Round 2 and/or Round 3.