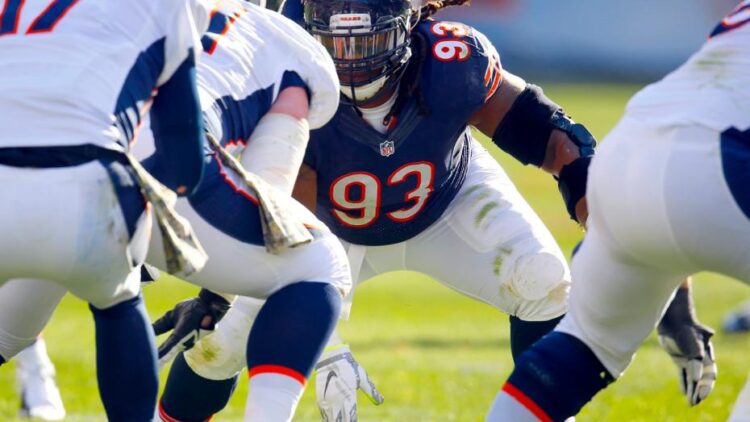 Understandably so, the focus through free agency and the NFL Draft was improving the pieces around Sam Bradford. Minnesota’s offense sputtered through a forgettable 2016 campaign, forcing general manager Rick Spielman’s hand in shifting resources to that side of the ball.

With the Will Sutton signing, Zimmer now has the depth and flexibility in his front seven to feel comfortable heading into a pivotal 2017 season.

Sutton, a third-round (82nd-overall) pick by the Chicago Bears in 2014, spent his first three seasons in the Windy City. His rookie year, Sutton started five games and recorded 22 tackles. Over the next two seasons, he started just 13 more games, fizzling out with the arrival of defensive coordinator Vic Fangio.

Fangio took over before the opening of the 2015 regular season, and early reports from ESPN indicated Sutton wouldn’t be a fit in the new defensive coordinator’s 3-4 scheme. Fangio, who orchestrated the dominant San Francisco 49ers defenses from 2011 to 2014, expressed the concern himself, reportedly preferring larger defensive linemen to undersized gap-shooters like Sharrif Floyd and Sutton.

In Minnesota, Sutton is expected to play nose tackle, per Chris Tomasson of the Pioneer Press. At 290 pounds, he’s closer to his ideal playing weight and should be a better fit in the Vikings’ more flexible scheme. Given Linval Joseph‘s dominance and reliability on early downs, Sutton’s role is that of a pass-rushing specialist.

Zimmer loves to rotate defensive linemen—bringing Brian Robison inside on third downs, for example—and should make valuable use of the new pieces he’s acquired this offseason. To make room for Sutton, the Vikings waived second-year defensive tackle Toby Johnson.