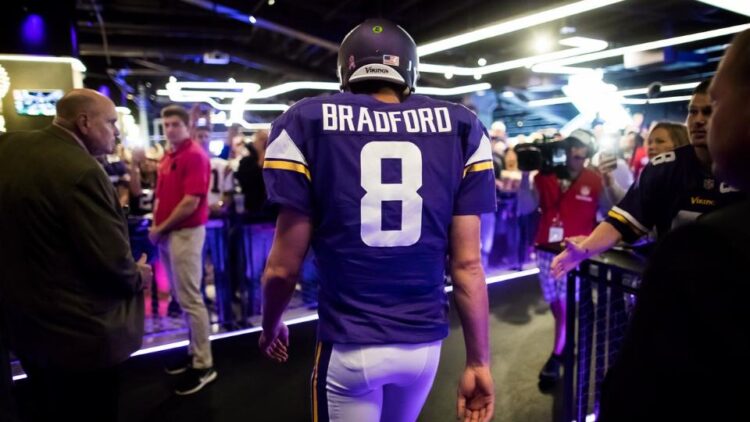 The Minnesota Vikings and New Orleans Saints will open their 2017 regular seasons with a bang on Monday Night Football. The primetime match up is a classic top-offense versus top-defense showdown, with a little Adrian Peterson sprinkled in.

It’s a familiar story; a well-known player that spent many years with his original team signs with a new one, and then returns to where he began his career. But this homecoming is different. Peterson was the face of the Vikings franchise for a decade. Not only that, he may be one of the top-five Vikings of all time. The reception Peterson receives from the home crowd will be noteworthy.

The man responsible for the famous Paul Allen phrase “He’s loose!” will not be a workhorse for the Saints like he once was for the Vikings. Peterson will share carries with Mark Ingram, who rushed for over 1,000 yards last season, and 2017 third-round pick Alvin Kamara. The trio of running backs may be one of the best in the NFL, but the Vikings have a talented trio of their own.

2017 second-round pick Dalvin Cook, who is making his NFL debut, Jerick “Jet” McKinnon and Latavius Murray comprise the Vikings backfield. The team is hoping the three-headed monster can help improve the NFL’s worst rushing attack of 2016.

The Vikings’ defense, one of the most talented in the NFL, will have its hands full as it attempts to slow an offense led by Drew Brees, a man who’s had some of his best performances against Minnesota teams dating back to his Purdue days.

The Vikings are looking very healthy in terms of injuries, with only one player declared out for Monday’s contest (backup RG Isidora). With Brock unable to go, expect Terence Newman to take the most snaps at slot cornerback, with Mackensie Alexander and Antone Exum mixed in.

Aside from Snead’s suspension, the Saints’ most notable injury is Armstead, who had offseason surgery and wasn’t expected to be ready for the start of the season. His absence means the Saints will start rookie Ryan Ramczyk at left tackle. Ramczyk will match up against Vikings Pro Bowl defensive end Everson Griffen.

Prior to the season opener, the Vikings announced the 2017 team captains that were selected by head coach Mike Zimmer. They are as follows:

That’s three for the offense and three for the defense. Rudolph, Griffen and Robison are holdovers from last year. The most interesting pick has to be Reiff, who was acquired by the Vikings this spring. Knowing coach Zimmer’s coaching style, it’s no surprise that all the selections were veterans.

The Vikings are 20-11 all-time versus New Orleans. In the last meeting between the two teams (September 21st, 2014 at New Orleans), Teddy Bridgewater made his NFL debut. Replacing an injured Matt Cassel, Bridgewater went 12-for-20 for 150 yards with no touchdowns or interceptions. Brees threw for 293 yards with two touchdowns and no interceptions. The Saints won the game 20-9.